Going to the playground to accompany our children maybe one of the most boring things to be done in the holydays. We only have to watch kids running and jumping around aimlessly, prevent them hitting each other, and calling their names every time they do something potentially dangerous.

But what if someday your boredom can generate energy? What if the giddier your kids would be in the playground, the more energy they generate? Even though both things look like something from far future, but nowadays the ‘future’ is already here.

You now can literally help the town power the streets up by taking your children into the playground. All of this, thanks to the work of beautiful minds from London, ecoLogicStudio. Will this become the future of our playground?

Let’s talk further about this topic, and learn how much impact it can give to our environment. 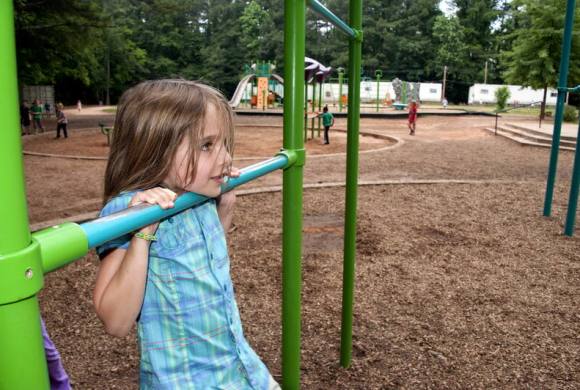 There are so many reasons why we don’t give all of our hearts when going to playgrounds with our kids, especially during this pandemic. One of the reasons is because some playgrounds are located in areas with bad level of air pollution.

According to Centers for Disease Control and Prevention, more than 200,000 children are treated in emergency departments because of playground-related accidents. Because of that number, we all know now there is a ‘safe’ playground.

But a ‘safe’ playground cannot bring that much fun as conventional playgrounds.  Those are the problems that we have nowadays related to playgrounds. But those problems are outdated, because the future of playground is here.

The Idea of The Green Playground 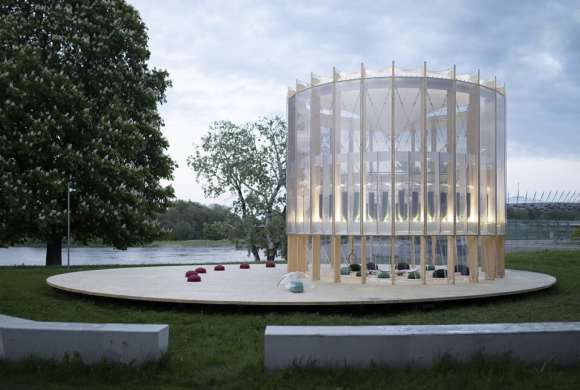 Now, let’s take a look at the playground built by ecoLogicStudio in Warsaw. This playground is built to be fun for children, but on the other side is safe enough to prevent severe injuries. Further, it is also safe from harmful pollutions, because this playground is designed to have good air quality.

The safety comes from bouncy and soft textures in which the playground is built with. While the good air quality is coming from a process done by the playground itself with the help of algae, sunlight, and also kinetic energy harvested from the playing kids.

Let us introduce you to AirBubble, the first playground that can also function as air purifier, water filter, even energy generator. All of those functions come in one package of fun, where children are welcome to play inside it as long as they want.

“We are so grateful to our partners, ecoLogicStudio, for creating the first biotechnological playground that seeks to purify the air using micro-algae, so children can play and have fun without worrying about air pollution,” said Farhad Nadeem, Otrivin Global Marketing Director who also worked together with ecoLogicStudio for this mission.

“The innovative approach from ecoLogicStudio, combining architecture, biotechnology and science, led to the creation of the Otrivin AirBubble, which can raise vital awareness about air pollution and the importance of breathing clean air, especially for children,” Nadeem continued.

How The Playground Works 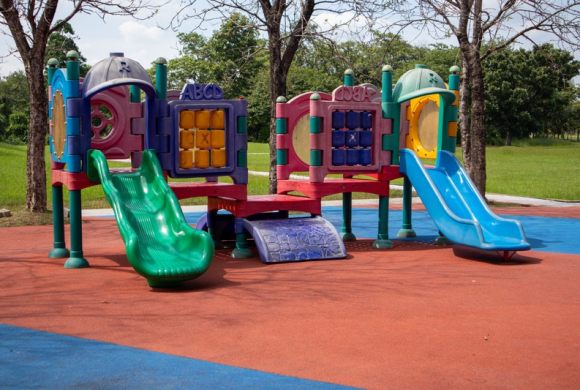 Let’s talk further about how the AirBubble playground can provide all of those benefits. Based on the official site, “The playground integrates the Photo.Synthetica technology for the advanced integration of photosynthesis in the built environment.”

Using microalgae to get the advanced integration of photosynthesis, a single AirBubble playground can actually consist of 520 liters of living green algae. The algae are divided into 52 glasses of algae reactors, and placed anywhere all over the playground.

But why do we need to install that many algae reactors inside the playground? “There is untapped value in bringing the bio-intelligence of natural systems into cities, turning buildings into living machines that produce energy, store CO2 and clean the air,” as stated by Marco Poletto, co-founder of ecoLogicStudio.

And the ‘machines’ needed to do the work are actually children playing inside it. Just by jumping around and running around, they will produce kinetic energy that can be harvested by the floor and buttons in the playground.

That released energy will help the distribution process of the algae and to pump air into the reactors. “To achieve this, we need to think about the living world as a part of the current digital revolution: nature becomes part of a new bio-smart infrastructure,” Poletto continued. 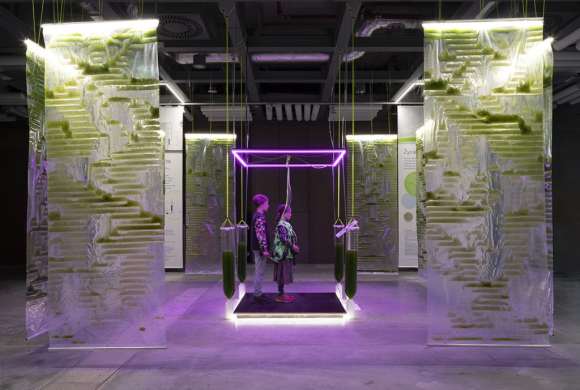 AirBubble actually only showcases some sneak peek to the benefits that we can get from understanding how simple form of living organisms such as algae can give huge benefits to us. The infrastructure itself is a small-scale utopia where almost every aspect needed for human to live is supported by nature and in a natural way.

According to data collected by the company, AirBubble has the ability to filter 200 liters of polluted air per minute and remove 75% of particulate matter in it. Further, the data also stated that AirBubble is capable to filter out fine particulate PM2.5 and PM10, ground level ozone (O3), nitrogen dioxide (NO2), sulphur dioxide (SO2) and carbon monoxide (CO). and absorbing 97% of the nitrogen.

The test done in Warsaw even showed that concentrations of PM2.5 within the playground have fallen well within the recommended WHO limits (green zone, AQI below 20). It is impressive, looking on how high the pollution level in Warsaw, especially in places where AirBubble was installed.

Those impressive numbers and features made researchers interested to make it as urban laboratory. The next mission is understanding how promising the infrastructure is and how it performs in the next few years, how different climate conditions would affect it, and what kind of patterns may appear next.