You are here: Home / The Species / Rapid Climate Change Makes It Hard for Butterflies and Moths to Adjust

A recent study conducted by the University of Helsinki and the Finnish Environment Institute shows that some moth and butterfly species can’t adapt to climate change.

Both species, under the Lepidoptera family, can adjust to a changing climate by advancing their flight period and moving further north. At least in Finland, that’s been pretty successful.

However, about 40% of Lepidoptera haven’t been able to respond in either way, and as a result their populations have declined.

How animals are currently adapting with the climate change

Adjusting to climate change can manifest through earlier phenology such as moth and butterfly flight periods, bird nesting, or plant flowering taking place earlier than before.

Other species can also adjust by shifting their range further north, as individuals relocate to new areas where conditions have become favourable.

According to the researchers, preserving biodiversity during the intensification of climate change is very important.

It’s crucial to ensure sufficiently extensive, interconnected and habitats of high-quality which make it possible for species to adjust to the challenges generated by climate change.

The study compared temporal shifts in the flight period of 289 moths and butterflies and spatial shifts in their northern range boundary. They’ve also studied changes in abundance over a roughly 20-year period.

Postdoctoral Researcher Maria Hällfors from the University of Helsinki said, “Roughly 45% of the species that we studied had either moved northward or advanced their flight period.

“They fared much better than the 40% of the species which had not responded in either way. On average, the populations of these poorly responding species had declined.

“The largest increase in abundance was seen in the 15% of the species that both moved northward and advanced their flight. This demonstrates that the ability to respond to a changing environment is vital for species.”

Change in a lot of behavior

The researchers also found that while nearly half of the species had moved northward, only 27% had advanced their flight period.

“This finding deviates from observations made elsewhere in Europe where advancing the flight period has been much more common among Lepidoptera,” said Juha Pöyry, Senior Researcher from the Finnish Environment Institute.

In Finland, the species that have advanced their flight the most are the ones that stays through the winter as adults. The European peacock butterfly is one of the examples.

Additionally, it appears that Lepidoptera species living in Finland respond more readily by expanding their ranges northward compared to advancing their flight.

Species which are found further north than before include the antler moth and the scarce copper.

Pöyry added, “It may be that the increasing light in the spring is a more important cue for butterflies and moths to start their flight than temperature on its own.”

Scarcity of suitable habitats is probably one of the main factors of this change of behavior.

“For organisms to be able to respond to climate change by shifting their range further north, sufficient amounts of suitable habitats of high-quality are needed,” said another Senior Researcher at the Finnish Environment Institute, Mikko Kuussaari.

Truly, the number of habitats important for many moth and butterfly species has decreased almost everywhere (in bigger countries/cities).

Inevitably, that results in population decline for many of them. For example, many butterfly species have suffered from a decrease in meadows.

Kuussaari added,“Declining populations are usually not able to provide a sufficient basis for the species to spread to new areas.

“Small populations also contain less genetic diversity that could help the local populations adjust by changing the timing of their flight.” 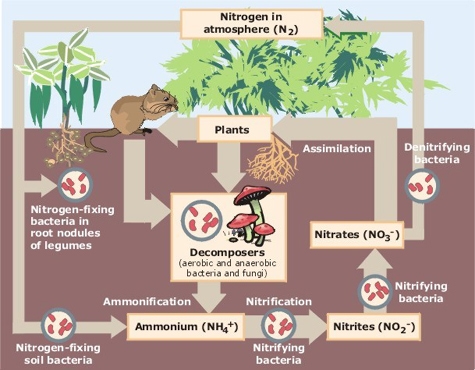 Climate change added with effects of humanity trying to live (intentionally or unintentionally) can also be harmful to butterflies.

In Switzerland, nitrogen from agriculture, vehicle emissions and industry is harming the butterflies. That’s what the researchers at the University of Basel found.

It reaches them through nitrogen deposited in the soil via the air, impacting vegetation and eventually damaging the species.

More than half of butterfly species in Switzerland are considered to be at risk or potentially at risk. Usually, the search for causes focuses on intensive agriculture, pesticide use and climate change.

Led by Professor Valentin Amrhein, the research team has been investigating another factor: nitrogen deposit from agriculture and exhaust fumes from industry and traffic in soils via the air.

Published in the journal Conservation Biology, the research team reports a connection between this unintentional fertilization and the low diversity of butterflies in Switzerland.

Previous studies have shown that excessive nitrogen leads to denser vegetation, but with a smaller selection of plant species.

In fact, Nitrogen stimulates the growth of less demanding plants, with more specialized species being displaced.

Lead author Dr. Tobias Roth said, “We wanted to find out whether a nitrogen surplus also indirectly affects the diversity of butterflies via this change in vegetation.”

The team analyzed data from Biodiversity Monitoring Switzerland on the diversity and prevalence of plants and butterflies on 383 plots throughout Switzerland.

They’ve got the result and it was as stated. The more nitrogen introduced via the air to the areas studied, the less diverse the vegetation and hence the butterfly species.

Roth said, “As caterpillars, some butterfly species need certain plant species as food, or are dependent on a certain microclimate.”

When the nitrogen becomes surplus, it impacts the prevalence of a large number of butterfly species in Switzerland. For example, like the ones that prefer open and dry sites.

Endangered and rare species of butterflies in this country gets the clearest effect, unfortunately.

“Nitrogen from the air is likely to be an important factor in the reason why these species are endangered,” said Roth.

So far, scientific literature on the diversity of butterflies has been pretty limited. Most explains the presence or absence of species primarily in terms of habitat quality or climate.

A literature review by the research team revealed that plant diversity and vegetation density have so far received less attention.

Armhein said, “We believe that the impact of nitrogen enrichment on butterflies has been underestimated.”

Nitrogen appears to play a similarly extensive role as climate change when it comes to butterfly diversity.

What to do to improve this situation

For now, the researchers do not see a simple approach for improving the situation. But, they thought that technical improvements can offer a certain potential.

Roth explained, “In the past, slurry was sprayed on farmland, for example, and some of this was transferred to other areas of land by the wind.”

But today, there are more drag hoses to apply the slurry directly to the soil. This reduces nitrogen input via the air to other areas where it is not wanted.

That includes measures to prevent scrub encroachment, such as grazing or more frequent mowing.

According to the researchers, this is beneficial not only for demanding plant species, but also for butterflies.

However, the researchers also said that there is ultimately no way around environmentally friendly consumer behavior when it comes to reducing unwanted nitrogen input.

Will We Have More Net-Zero Fast Food Restaurants Soon? McDonald’s Has Started It