You are here: Home / The Species / 6 Points In The Secret Life Of Elephant Seals

Meet the elephant seal, the biggest kind of seal living on earth. the name “elephant” is not only coming from its huge body, which is bigger than a cow, but also because of its large proboscis that resembles the trunk of an elephant.

There are two species of elephant seal or Mirounga living on earth, and they are categorized based on the part of world they are living in. The northern ones, M. angustirostris can be found in coastal area around Canada and Mexico. While the southern ones, M. leonina can be found around New Zealand, South Africa, and Argentina.

Basically, on first impression, elephant seals look like ‘ordinary’ giant seals. But behind those huge bodies, they hide secrets that most of us haven’t known. Here we present you the secret life behind those excellent divers.

Yes, They Are Excellent Divers 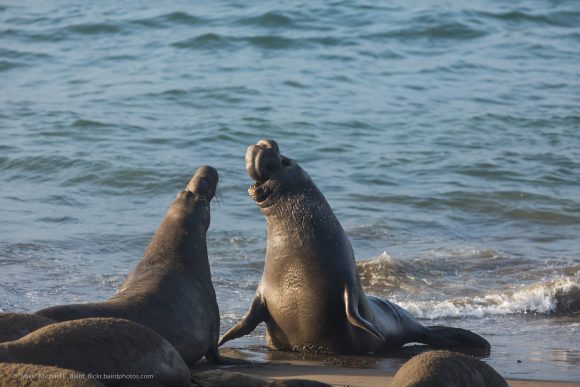 Elephant seals are very good divers since they can reach the dark depth of the ocean in one breath. A study in 2012 conducted by marine biologists found out that elephant seals can reach 5788 feet under sea surface in just one breath.

That discovery also found out that they can hold their breath excellently. Not only be able to swim down and reach the depth in just one breath, they also can maintain being submerged under the surface for two hours straight before taking another air. 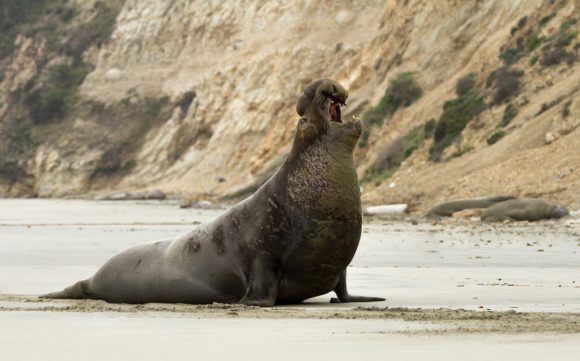 Elephant seals are categorized as pinnipeds, along with other similar animals like seals, sea lions, and walruses. And among other kinds of pinnipeds, male southern elephant seals are the hugest one with the ability to grow up to 20 feet long and weigh up to 8800 pounds.

But having a huge body doesn’t meant that elephant seal depends on huge aquatic animals for food. In fact, the main diet of elephant seals is squid, which usually can be found in the deep thus they have the ability to dive that deep.

Alpha Male And Its Harem 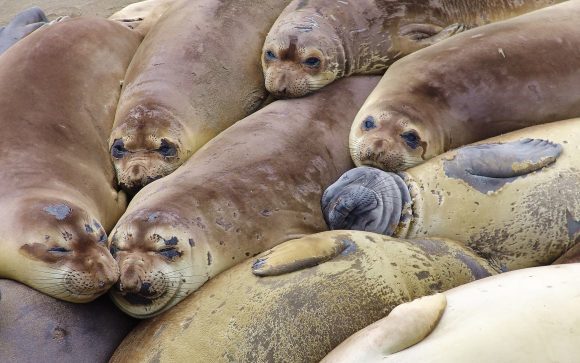 The mating season usually happens in winter, while in other seasons elephant seals roam the ocean solitarily. This animal is also known to be a polygamous lover where an alpha male is known to mate with 30 to 100 female ones.

But to reach the alpha male status, a male elephant seal has to fight for it. Fight is common among males to get the alpha status and the losers are sidelined by the colony. Those losers usually have to wait on the edge of the colony for a steal a chance to mate with the females before the alpha one chases them away.

During the fight of the males to achieve the alpha status, they use their body weigh and their teeth. Because this animal doesn’t have any specific weapons such as tusks or fangs, death is rare in the fight and it usually only results in scarring. 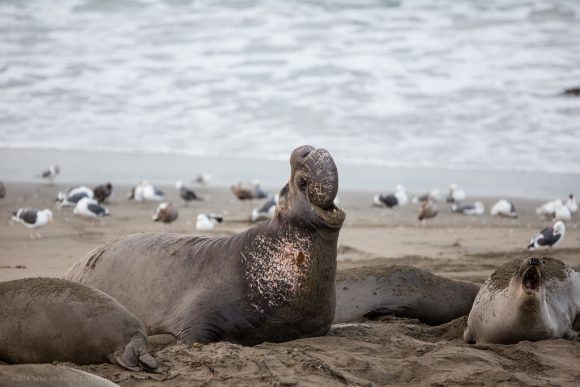 However, in fact a small number of northern elephant seals, estimated about 20 to 100 individuals, survived the mass slaughter and made a breeding colony. They dwelled around Guadalupe Island near Baja California coast in Mexico.

They started to rebuild the population in that area, and since then, things have gone positive for the colony. The success story to rebuild a near-extinct population was supported by Mexico’s government by naming the animal a protected species and making Guadalupe Island a natural reserve. 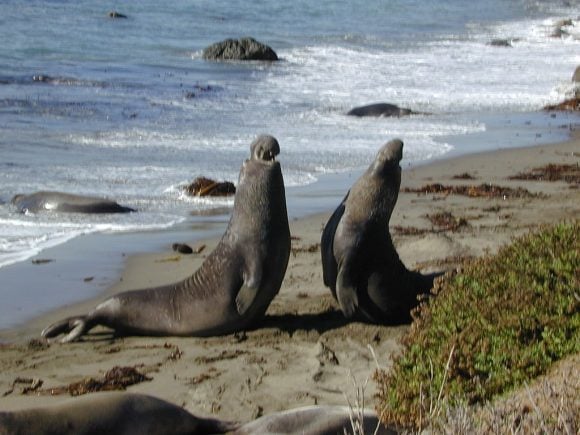 The war cry is usually shouted in mating season when male elephant seals meet each other, and often the war cry can eliminate weaker ones without physical fights. A study conducted in 2009 found out that each individual male has some specific war cry different from others, which can determine the identity of any individual.

“What we were interested in is what type of information is contained in the vocalizations produced by males and how this information is used during the breeding season. We found that when we played back the call of an animal’s most familiar dominant rival, he actually moved away from the speaker,” told Caroline Casey, a member of the research team from University of California Santa Cruz.

A Star On Television And Silver Screen 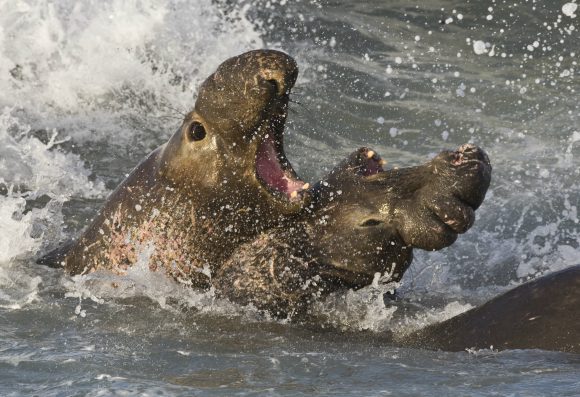 Among other facts, this is maybe the most unique fact. Don’t you know that some elephant seals have taken part in television and even box office movie? Well, in fact they did.

In the movie The Lord of the Rings: The Fellowship of the Ring, the sound that cave-dwelling Moria orcs’ battle cry was actually the recording of elephant seals’ war cry. “The scene in the mines of Moria at the ‘Drums in the deep’ are all elephant seals distanced,” explained David Farmer, the sound effect designer of the movie.

While for the box office role elephant seals gave positive impression, for the appearance in television they gave bad one. A huge elephant seal named Homer roamed the city of Gisborne, New Zealand and terrorized the city. He made cars, boat trailers, trash bins, and trees as his “punching bag” and scarred off local citizens.

“He’s actually attracted to cars, and his two tonnes rubbing on a car makes a bit of a dent. We are hoping that he will take off and go back to the sub-Antarctic and try to look for lady friends down there,” told a member of local Department of Conservation to BBC.