You are here: Home / The Species / Shrimp Fishery Is High Risk. Here Is Why You Should Know About It

Do you love shrimp? Just kidding, who doesn’t love the candy of the ocean, right? Shrimp indeed is one of the most consumed marine products. And the consumption is worldwide, which makes the consumption of this creature is as decentralized as cryptocurrency.

But don’t you know that shrimp is one of the least sustainable products on this planet? No, we are not talking about shrimp as a creature, but as a product. We are talking about shrimps that have been caught by human and considered as something that can be consumed.

How can such small creature become something non-sustainable? Logically they will not have the power to do anything to the nature. However, again we should mention how this creature can become a ‘product’, and as a product it is not a sustainable product.

To know more about the damage that shrimp can potentially cause, continue to read this article because we will explain about it here. Check this out.

Shrimp, The Candy of The Sea 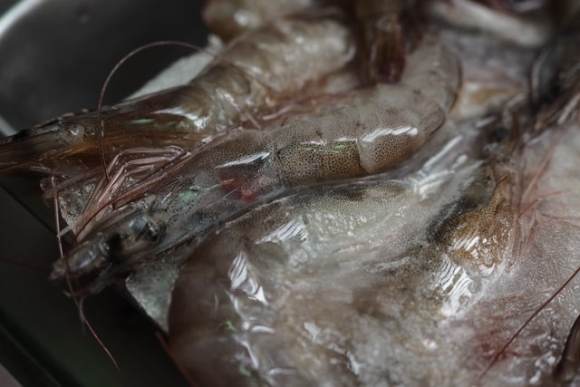 Why is shrimp called as candy of the sea? One of the reasons is because there is a species of shrimp that looks like a candy cane and thus called candy cane shrimp. But that’s not the main reason, and the real reason for that is because as a product, shrimp is preferred by everyone just like candy.

But because of that name, shrimp has to bear the consequences of being consumed as many as possible just like how kids eat candy. The only problem with that is, you usually don’t stop at only one piece of candy in one go.

A serving of shrimp dish usually consists of more than one piece of it, and that means we have to provide huge number of shrimps every single day to fulfill the demand. The next question is, where did we get all those shrimps?

There are two possible sources for shrimps, which are aquaculture and directly harvested from the ocean. Aquaculture sounds like a good source of shrimp, but it has a weakness for global shrimp production. It cannot produce as many shrimps as the nature itself. 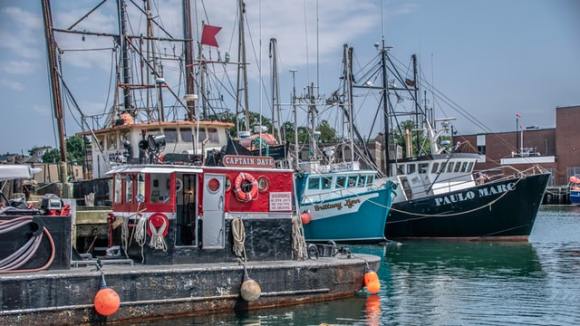 In one of our articles, we have talked about how trawling ships are destroying our ocean little by little. Bottom trawling is a self-explanatory practice. It is done by dragging along huge trawl along sea floor to catch any living organism it passes through.

Because of this mercilessness, this is the most effective fishing method nowadays. But as you can imagine how ruthless the practice is, the destructive effect of bottom trawling is far beyond any other fishing methods also.

Its effectiveness can give the result of up to 30 million tons of fish per year. That’s so far away from ordinary or other fishing methods can collect in years or even decades. But the fact that what’s counted is only the fish, hides something dark.

Along with the millions of tons of edible fish collected, apparently it also catches other sea creatures like turtles, younger fishes, even cetaceans. Because those creatures cannot be sold for profit, the bycatches are of ten thrown away back into the ocean.

Do you think it seems good for them? imagine it this way: during the catching process, they are dragged for kilometers in a compacted pack by the trawl. They are then being lifted into the ship, outside of water, then thrown away from meters above sea level. Of course, they will find it torturing.

The Problem with Shrimp Bycatches 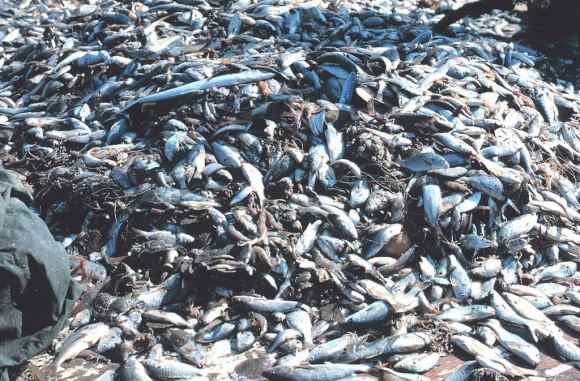 Yes, most of the time we cannot avoid to get other animals in the trawling nets. But we cannot ignore the fact that those bycatches are part of the nature and their absence will affect the environment both directly and indirectly.

Shrimp trawling is responsible for the biggest contribution in bycatching, and we all know it happens every single day. Many researchers recognized this practice as a practice of greed and intentional nature destruction.

As a proof, a survey conducted on three shrimp fishery vessels discovered that shrimp only contributed to 13.7% of the total catch. The problem is, around 14.4% of the total catch was other species of commercially profitable fish, and the rest of it was something else.

“The greed of marine fisheries often leads to unsustainable fishing practices, a severe depletion of the target species, pollution and destruction of the marine habitat, and a negative effect on the ecosystem,” as quoted from a paper published in Shark Research University of Miami.

“Trawl nets catch some species of fish so frequently they are unable to grow into adulthood before they are caught, which leads to truncated size distributions of those species. Trawl nets are also responsible for a shift in organisms of a site and trophic cascades, and cause an imbalance in the ecosystem,” as the author of the study wrote. 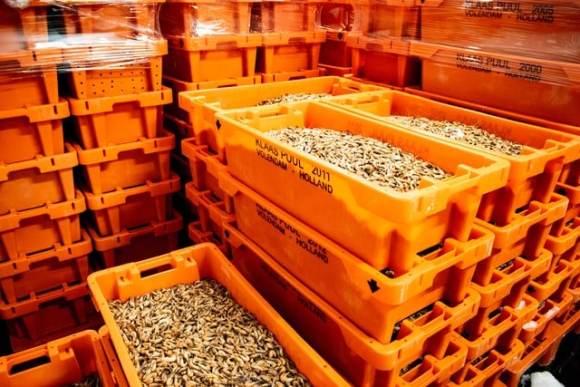 Well, all of those things about shrimp might sound eerie, but shrimp is still one of the most favorite food in the world. In this case, can we still eat that much amount of shrimp every single day without hurting the nature anymore?

Well, all of those things about shrimp might sound eerie, but shrimp is still one of the most favorite food in the world. In this case, can we still eat that much amount of shrimp every single day without hurting the nature anymore?

There are actually several methods to farm shrimp sustainably, like mentioned in a case-study published in Convention of Biological Biodiversity. The three methods consist of one technology-intensive method with capital inputs and two traditional methods.

The modern method is closed-system shrimp aquaculture that has been practiced in United States, Thailand, and other countries. This method employs the power of recirculating and recycling used resources including water.

The more traditional methods are the Gei Wai system from Hong Kong and Tambak system from Indonesia. Gei Wai uses the power of mangrove forest to grow shrimp in as natural environment as possible, while Tambak uses rice paddy to replace the function of mangrove in this method.

The only problem that we have if we convert our entire shrimp consumption to those three sources is the amount of shrimp we can get. Because even though it is plenty it still cannot fulfill our demands, except we convert all the resources used to farm shrimp in the ocean to make support those methods. So, it is actually our choice to support which method to farm shrimp.