You are here: Home / Uncategorized / Let’s Talk About Storks This Time And See Why They Are So Unique

When you were a kid, did you think that you were delivered to your family by storks? Now that we are older, we all know that such silly thing would never be the truth. But how come the chosen animal is a stork? Why the myth didn’t use any other animal?

The reason for that is more likely because storks are associated with good luck. They have the tendency to nest on top of people’s houses, and it was believed houses where storks nest would welcome the little gift from heaven called babies.

But apart from the myth, storks are actually pretty unique animals. That’s why, this time we want to talk about some interesting facts about this bird. Just as a sneak peek, you should know upfront that storks and cranes are different.

Here are 5 interesting facts about storks you might want to know, including a brief explanation about the myth above. 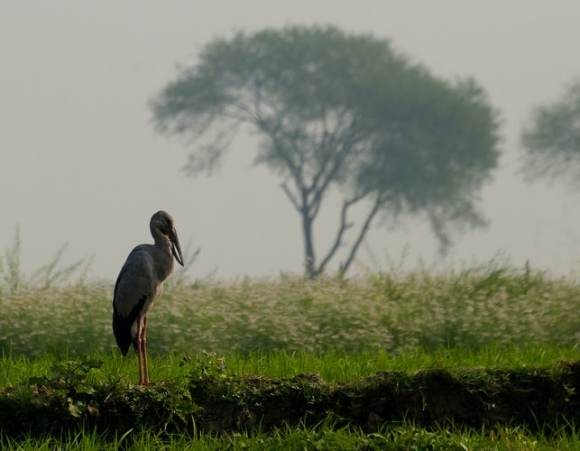 As we mentioned above, the story of storks delivering babies to married couples is just a myth. So, what’s the origin of the story actually? This is actually a part of European folklore, a very ancient folklore from Germany to be more precise.

This story might be inspired by European White Stork that migrate to south during midsummer, and return to their original place nine months later. That range of time is similar to human pregnancy period, and our ancestors used this span of time to tell the story.

White stork, black stork and Oriental stork usually migrate during winter of northern hemisphere. The route usually includes Straits of Gibraltar or east across Israel. Another species of this bird called Abdim’s stork migrates only from Northern Africa to Southern Africa to avoid wet season.

At that time, the storks will find a place and usually will start their breeding season. Because of its incredible appearance while flying in flock, migrating stork is usually depicted as a view in a wonderful afternoon. 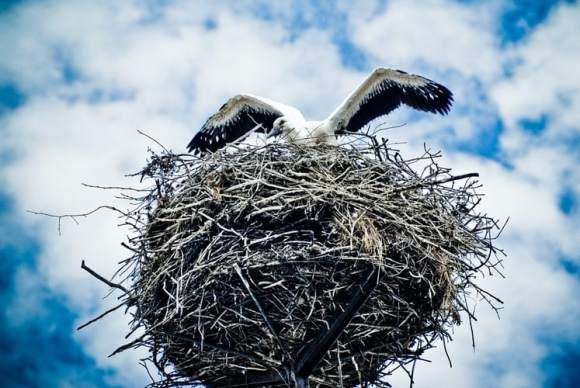 Talking about the ‘love life’ of storks might be interesting. This animal is able to show almost similar condition to humankind modern culture that we have nowadays. Or in other words it shows what we can see from our surrounding people.

Most species of storks are so romantic that they will only breed with the same partner year after year. however, even though they are mainly monogamous, but some times the storks will not obey the faith and cheat on their partner.

The cheating process usually happen when they are in the breeding season in migration. This cheating process is so strange that if the female one happens to lay fertile eggs; its partner will help to take care of the chicks.

This one is also the romantic characteristic of storks. Most of them will take good care of the chicks, no matter who the real father is for it. They also share in incubating their eggs, which usually hatch after five weeks.

Shoebills Are Not Storks 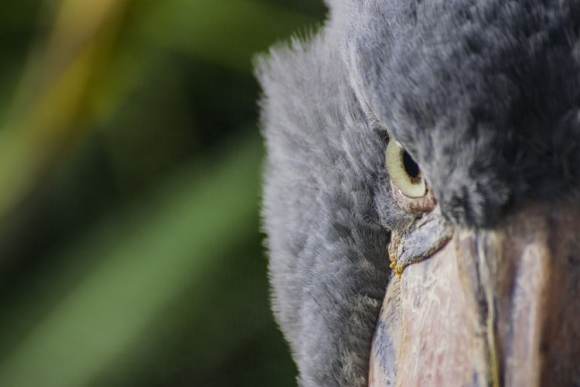 Have you ever heard about shoebill stork? The animal is considered as one of the most peculiar animals on earth because its appearance that makes it look like an ancient or prehistoric species of bird. But albeit the name, in addition to how it used to be categorized as a stork, this bird is not a stork.

Shoebill is peculiar, but many species of storks are peculiar too. one of the examples is Marabou stork. This animal is considered as the bird with the largest wing spread on earth with 3.7 meters wide. The huge species of stork is also the biggest in stork family and other species of storks tend to avoid this species for safety reasons.

Their prey varies, ranging from fish, frogs, smaller birds, shellfish, reptiles, insects, even smaller species of storks! Such act of predatory is pretty common among storks, especially because they can be found anywhere on earth except in our planet’s poles.

Since the peculiar shoebill is not a stork, and since I already mentioned the biggest and the smallest species of this animal, maybe it is the right time to talk about interesting facts of individual species of the animal. Here are the featured species from Animals Network:

Why Some Animals Never Get Lost Even When Far Away?