You are here: Home / Hello Earth / The Romance Between Wetland And Water You Might Not Know

Talking about wetland, what comes to your minds? Maybe some place boggy and grassy with horror ambience because of lacks of life and diversity? Well, that’s not the truth. Because actually wetlands are full of biodiversity.

Not only that, wetlands are also important to our planet, because it is the habitat for a lot of living organisms starting from microscopic ones to huge ones. Migrating birds also often depend on the presence of wetlands.

But offering life to those creatures are just one of many positive things that wetlands offer to us. another important benefit that it offers is water purifying ability. Wetlands can also act as natural water treatment plants for all of us.

Do you want to know more about the romantic relationship between wetlands and water? Lucky, because here in this article we are going to talk about it. 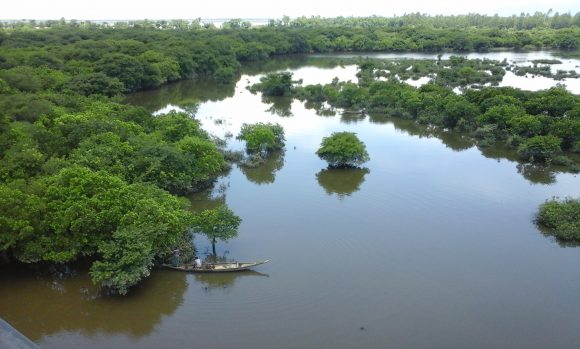 Wetland is an area where water and land meets, thus the name. It can be found anywhere on this planet and in every climatic zone. Wetlands is the brake we need to prevent all water go directly to streams and rivers that will likely happens in other areas.

To explain it more clearly, we should try to do an experiment with water and sponge. Put a dry sponge in a container and pour some water into it. You will notice that the sponge absorbs the water until it is fully soaked.

Now try to move the sponge to another container which is dry. There, you will find the sponge releases some of its absorbed water we previously poured. Such kind of phenomenon also happens to the wetlands all over the world.

When an area gets a lot of rain, wetlands absorb excess water and prevent flood. The water will be stored in the wetlands until the time comes. While when the area is dry, some of the water stored will be released slowly, making sure the organisms living in the area get enough water to live.

It helps us to keep water level up in water bodies like river and ponds too, during the driest times. Many people all around the world depends on the ability of wetlands to stabilize surface water supply, especially those who live in seasonal areas where water isn’t always available all year round.

Wetland Is The Trap We Need

Acting like a natural sponge is already an incredible ability. But again, that’s not the only thing that wetland can do for our ecosystem. In addition to that, wetlands also help to slow the process of erosion by trapping sediments.

The ability to trap sediments is also an important feature, because sediments can come in many forms. Some are just soil carried by runoff, while other are more than just soil. Those other sediments can even be dangerous to the ecosystem.

Rainfall often carries pollutants that were washed from agricultural and urban areas. The kinds of pollutants are including grease, oil, fertilizers, fossil fuel, harmful chemicals, road salts, and many other naturally unwanted compounds.

Those sediments are prevented from entering water bodies by wetlands. Wetlands filter them out before purer water is allowed to enter the streams. It is done by three pollutant removal processes: sediment trapping, nutrient removal, and detoxification.

Wetland’s dense vegetation is the key to these processes. When runoff enters wetland, dense vegetation slows it down and gives the sediments more time to settle. The settlement allows excess nutrients to be absorbed by wetland vegetation, and toxic chemicals attached to soil particles to be trapped within. 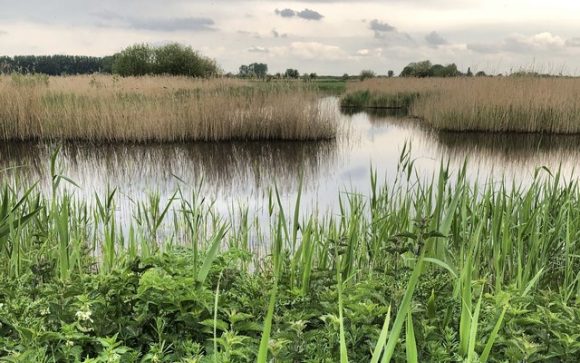 Not only on the surface, apparently wetland also plays very important role from beneath the surface. First, and most noticeable, is its ability to store carbon and greenhouse gasses. Again, it is thanks to the presences of dense vegetation in the area.

Second, since we are talking about the ‘romance’ between wetlands and water, we have to mention this one. Some wetlands are located where surface water enters underground aquifer, which means that this is a process of recharging groundwater supplies.

Wetlands are often located near the points where ground water is discharged to the surface of the land. In other words, we can easily find wetlands near springs and other similar water bodies. Wetlands are indeed able to absorb water from down below or at least make a connection between underground water and surface water by simply making the ground wet.

In this case, people especially in dry areas are supported by the presence of wetlands. Do you know oasis in the desert? That’s one kind of wetland, and the support of wetlands to surrounding environment we are talking about. 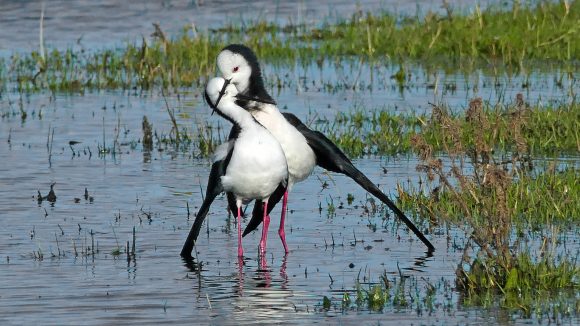 With such big benefit that wetlands can give us, the presence of wetlands is still not appreciated enough. It can be proven from how we are losing so many wetlands in the past decades all around the world due to many reasons.

Human settlement have “eaten” some of the most potential wetlands and destroy them. Modern agriculture has also knock wetlands off their chemical balance. Let alone climate change that has thrown more severe storms.

Without wetlands, the sediments that can be trapped in the soil including carbon and climate change gasses would be directly flown into water bodies. Higher level of sediments would cause disruption in the aquatic ecosystem.

Furthermore, large amount of nutrients would be let go to the streams and rivers. It would cause algae bloom in the water bodies, instead of thriving plants on the land. Those are the reasons why wetland’s filtering ability is needed.

The presence of wetlands is often associated with something bad. However, wetland is actually one of the most important ecosystems in this planet. Let’s erase the bad image of wetland and let conservations needed happen. As so many organisms are thriving with wetlands, we are not excluded.