You are here: Home / The Species / We Might Not be Able to Enjoy Truffles Since Their Existence is Now Threatened

Truffles are something that some of us can’t afford all the time. But for some of us who are saving so that we can enjoy it more often, bad news. These expensive mushrooms are getting even rarer or harder to find, much to everybody’s chagrin.

Farmers have reported the scarcity of this mushroom to Ulf Büntgen, a scientist from the University of Cambridge. They said maybe the local trees (where truffles usually grow) weren’t healthy or maybe something was changing in the local habitat.

Then, Büntgen talked to farmers in Italy and France. All farmers across the western Mediterranean complained about the same thing. There’s something wrong with the wildly valuable fungi that many small farmers relied upon for a major part of their annual income. 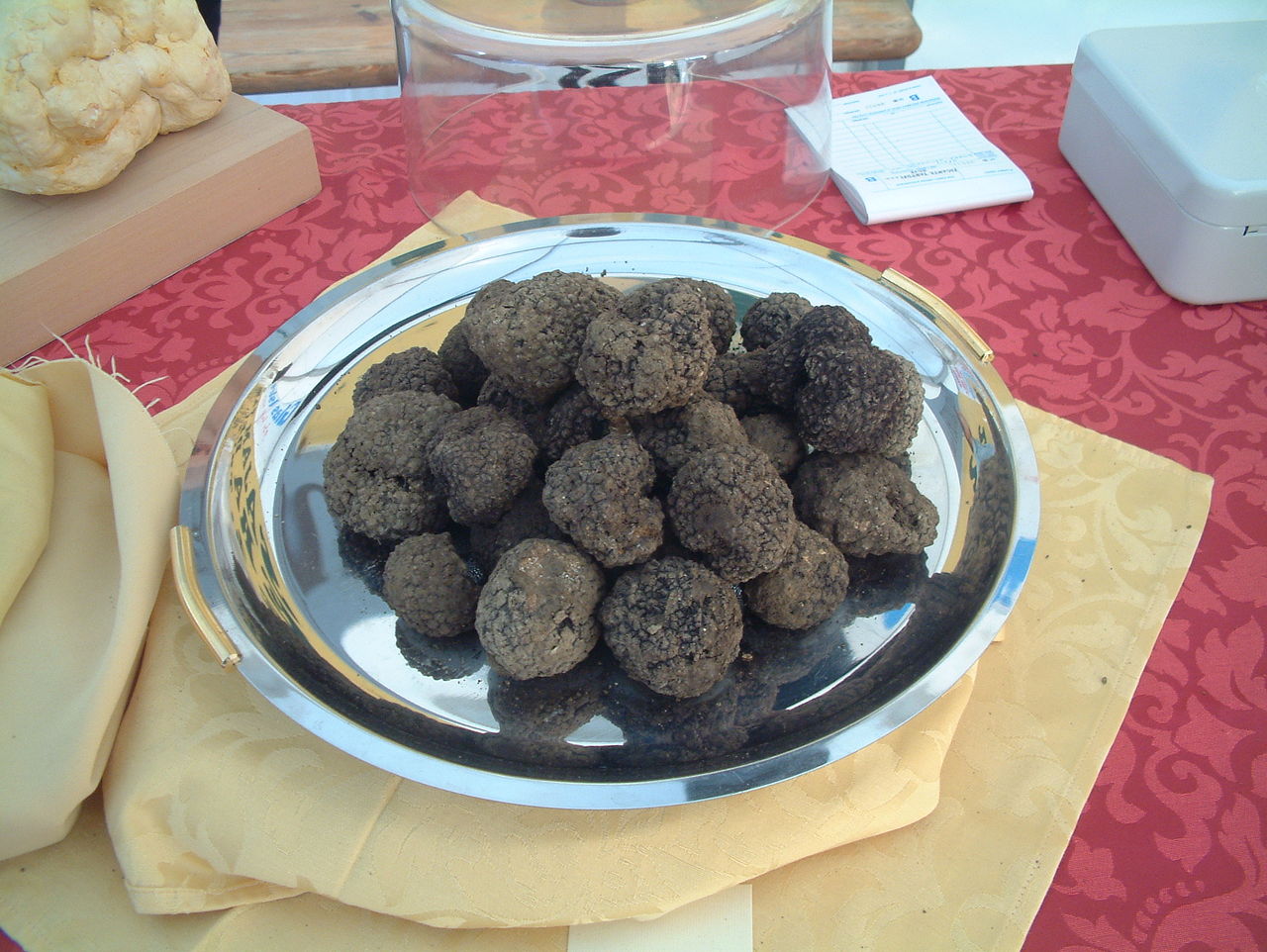 As a climate scientist, Büntgen thought that since these stories came from across such a broad region, there might be a climate pattern that’s driving all of this. And maybe climate change is exacerbating the problems.

After several years of trying to pin down the specifics, Büntgen and his team have found that link. In a study report in July’s Environmental Research Letters, truffles are apparently very sensitive to how much rain falls the summer before harvest.

And as it turns out, summer rain patterns have changed over the past 40 years in the western Mediterrranean. Summer droughts are getting deeper and temperatures climbing. This leads to a growing stress on the delicately balanced natural system that the truffles need to survive.

The climate scientist said, “If you see the patterns this synchronous across such a large domain, the driver—it’s usually climate.”

Undoubtedly these type of fungi is something that contributes well to the economy. The global market is expected to grow to over $6 billion within about ten years. Truffles are very expensive because they are notoriously finicky fungi.

Some varieties, like the uber precious white truffle, can’t be cultivated at all. These bad boys are found only in a few old, intact remnant oak forests across Europe, and they generally sell for well over $1000 per pound today (and sometimes for much more).

There are other types that we can cultivate, like the more common black Perigord truffle. But it’s not perfect. Up until now, scientists can’t study truffles that much, especially the underground interactions between these fungi and tree roots. As soon as they dig up a truffle to study it, its habitat is destroyed, so ongoing analysis is impossible.

Truffles grow underground in the deep, fine network of tiny rootlets of oak trees, in a special kind of symbiosis. The theory is that truffles take little sips of sugar and water out of their host tree’s roots, and in return feed soil nutrients back into the tree. But it’s all just a theory, a truffle theory. 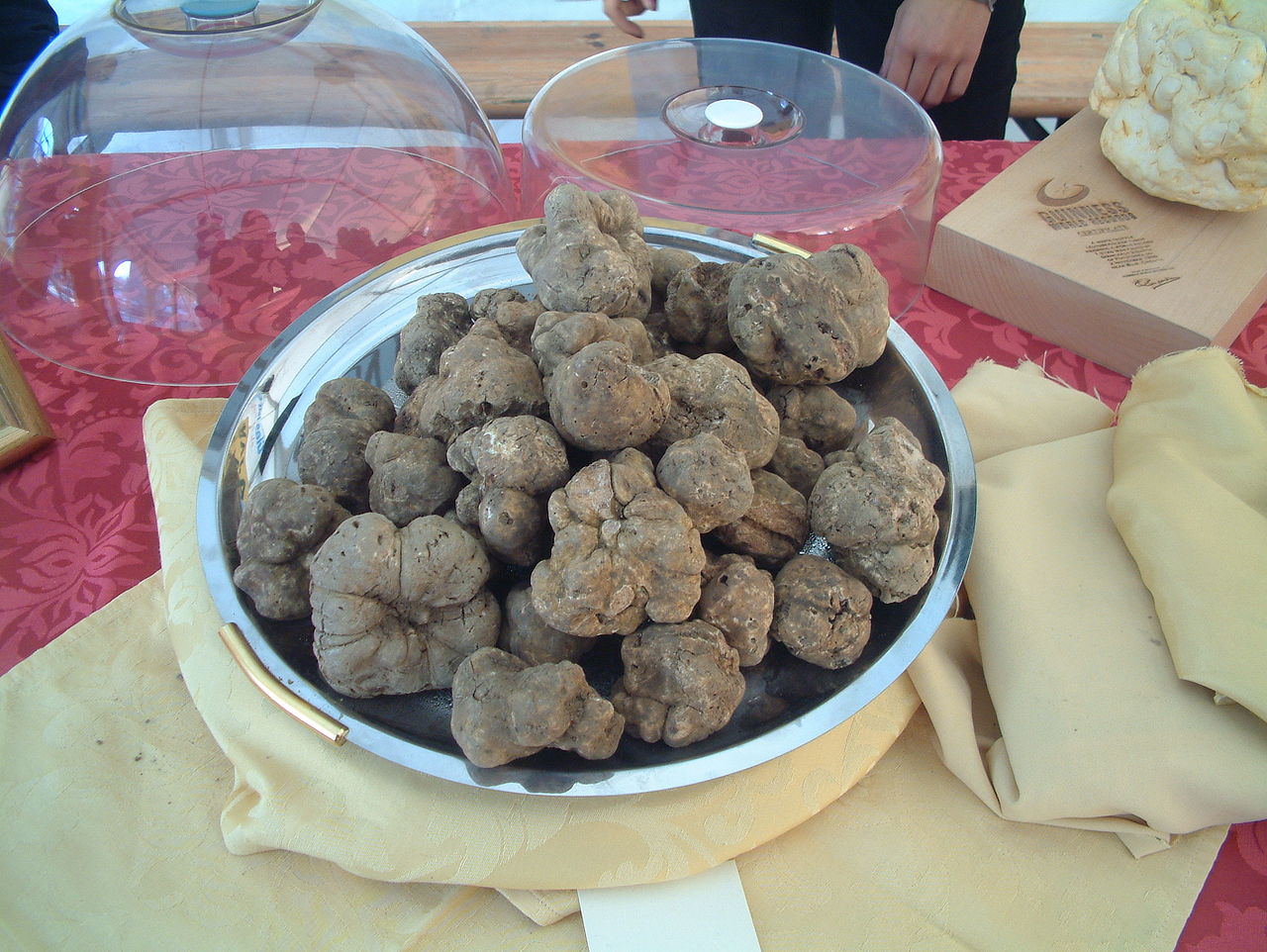 Since the 1800s farmers in Spain, Italy, and southern France have cultivated truffle-friendly trees and cared for the groves in ways they think encourage the growth of the fungus. But as agricultural practices intensified across the continent, the old oak forests were often destroyed, which led to the loss of those truffles.

To still meet the demand, growers, scientists, and communities started figuring out how to cultivate the precious fungi, developing semi-structured “plantations” of oaks that could support truffle growth. Today, about 100,000 acres of truffle plantations dot Spain, France, and Italy and provide about 80 percent of all the truffles on the legal market.

Many growers installed irrigation systems to keep the trees healthy through hot, dry southern European summers. Others experimented with encouraging rich biodiversity in their truffle woods, or testing different inoculation techniques, or more.

Despite all efforts and use of all the tools and strategies, the annual harvest is still uncertain. Scientists and some truffle farmers believe that the main stressor or culprit might be a changing climate.

Yildiz Aumeeruddy-Thomas, a cultural anthropologist at the French National Center for Scientific Research who has worked with truffle-growing communities across Europe said that farmers/growers are aware of climate impacts. “These growers are very close observers of complex interactions between weather and the environment for the truffles,” he said. 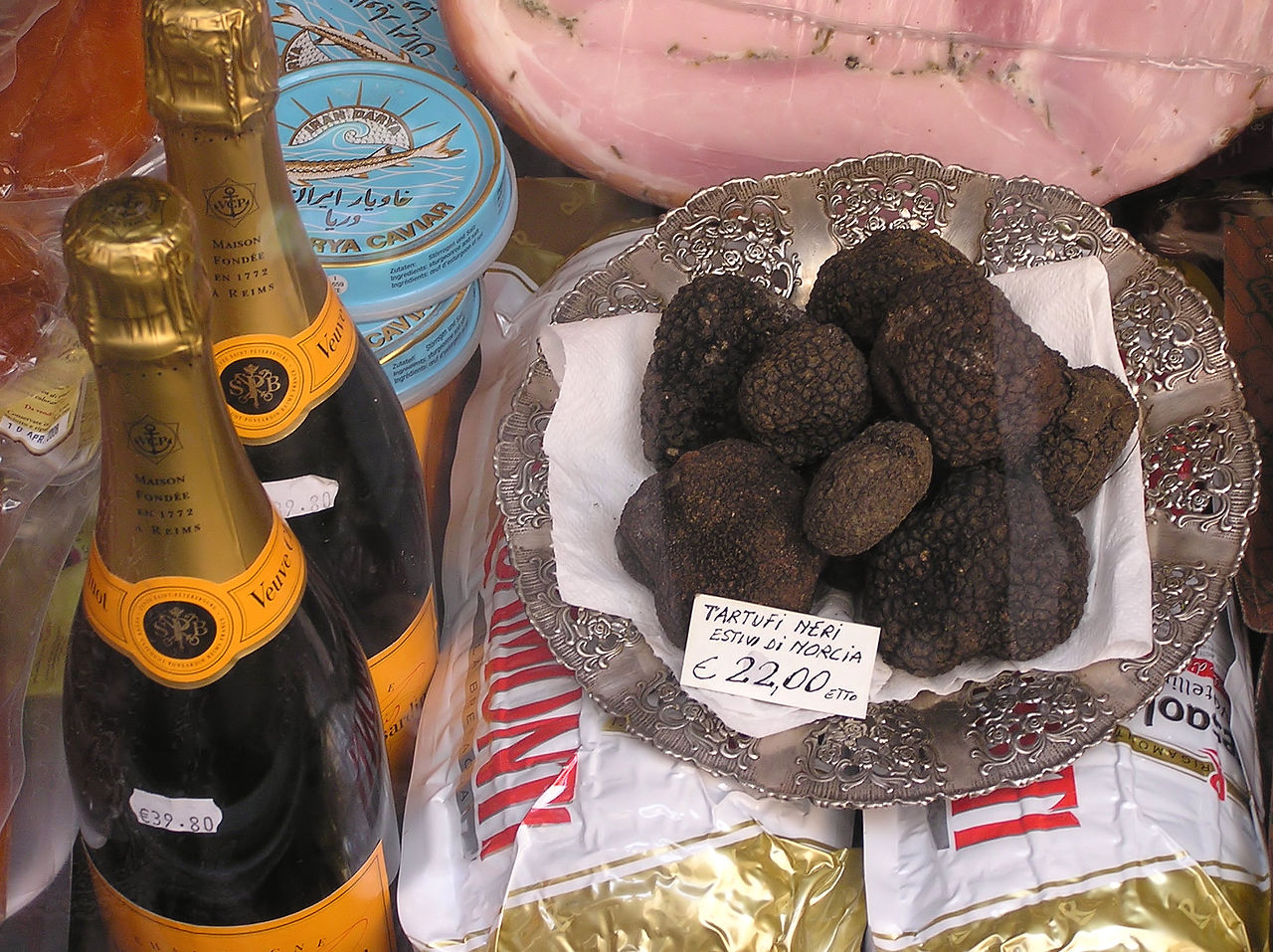 The change of climate for truffles

Truffle system observers found out that there was an ideal set of conditions, which are good spring rains, hot summers with a smattering of rain events and mild winters. Some years were good, and the truffles were abundant.

There were bad years also, though, especially when the years were hot and dry (as a result of long summers). When Büngen and his colleagues started digging in to the 49 years of data at their disposal, they saw that intense summer conditions got more and more common in parts of southern Europe between 1970 and the early 2000s—and matched up with years where the truffle harvest was particularly low.

Those scientists found that temperature wasn’t exactly the cause for the pattern, but the amount of rain that fell during the summer before the annual winter harvest. Heat seemed to exacerbate the situation, since higher temperatures enhance the drought stress experienced by trees everywhere. But from the 1990s onward, it was the rain that seemed to matter the most.

This climate pattern surprisingly held even for the plantations that irrigated their trees, suggesting that the precious, expensive water the growers doused their oaks with was going to waste.

Scientists predict that droughts will intensify further as the planet heats up. That’s likely to push black truffles past their limits of survival in Europe, says Paul Thomas, a fungi-focused scientist at the University of Stirling in the U.K.

“By 2071, many climate zones where black truffles are found today will be unsuitable because of climate change. And we won’t necessarily be able to irrigate because the water will likely be more scarce. It’s a very difficult future for the truffles,” said the scientist.

Read also: Orangutan And Its Dramatic Story You Might Haven’t Known 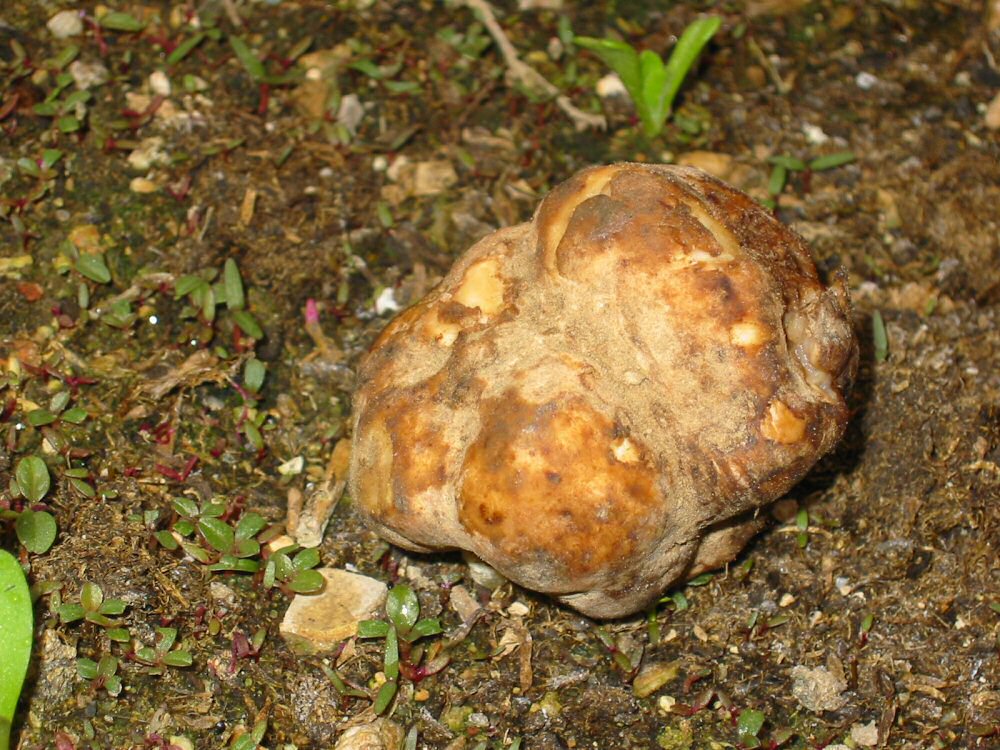 The western Mediterranean isn’t the only areas affected with truffle scarcity, Israel is experiencing the same thing. Israel’s desert truffles are usually consumed as staple foods, using them as replacements for potatoes in stews or roasting them over a fire. People also forage them to sell in urban markets.

Sadly, rains are getting more increasingly rare, temperatures mounting, and overexploiting these truffles have greatly reduced their numbers in the wild. But for the last 13 years, plant and fungus physiologist Yaron Sitrit has been working to turn one species of desert truffle, Terfezia boudieri, into a farmable crop.

His efforts didn’t go to waste. Last February, when he dug up his truffles, he found he’d gotten 170 kilos of truffles per hectare, with the largest weighing in at around half a kilo. A black winter Périgord truffle that size could fetch an easy $2,000. But Sitrit points out that the humble Terfezia boudieri doesn’t possess any of the prized, sulfurous aromas of Tuber melanosporum. “It’s different. But it’s ours, so it’s the best,” said Sitrit.

Sitrit doesn’t want to stop here and he’s trying to cultivate another type of dessert truffle. A while back Sitrit collected some samples of another desert truffle called Tirmania nivea, a slightly more pungent fungus than Terfezia boudieri, a cousin of which researchers in Spain have been working to cultivate.

So far, Sitrit has been experiencing around with Tirmania by growing some inoculated plants in the ground, just to see what happens. “It’s not a crop. I wish it would be,” said the fungus physiologist.

Read also: Cleaning The World With Fungus, Even You Can Wash Your Clothes With It