You are here: Home / The Species / Scotland Has a Native Wildcat Species that Faces Extinction

When you first take a look at this species, you’re not going to think that it’s a wildcat or a special cat. At first glance, Scottish wildcats have a coat that really looks like your regular tabby house cats, ferals, or strays. So if you see one passing by, you’re not going to go “Oh, that’s a Scottish wildcat!” unless you really pay attention to it.

These wildcats used to roam widely across Britain until mass hunting drove them away in remote areas of Scottish Highlands. Because of the species’ elusive nature, no one truly knows the exact population.

Some estimate the wild population is somewhere between a couple dozen to a couple hundred. The others think that the number is around 35. It’s still unknown, but most agree that the smaller number is the more realistic one (but we can always hope, can’t we?).

And as lovely as domestic cats are, they’re actually one of the main reasons why the wildcats are facing a very big threat of extinction. Many of these wildcats have interbred with domestic cats, further reducing the species’ population (hybrids don’t count as the species). It’s getting harder to spot a Scottish wildcat because the stripes are becoming more like a regular tabby (wildcats’ stripes are more distinctive).

It’s clear that the Scottish wildcats need rescuing. Some organizations dedicated to conserving the species have started to desex and vaccinate domestic cats that are found in the wildcat’s territory. This action will prevent further cross-breeding and disease spreading.

A group called Wildcat Haven has started a neutering program and it has successfully desexed about 300 domestic and feral cats in the last three to four years. According to the organization’s chief scientific advisor, Paul O’Donoghue, there’s now a 1,250 square-mile area where the wildcats face the least threat of hybridization.

“The wildcat is a very capable survivor and prefers to breed with other wildcats, but it’s so outnumbered by domestic cats that hybridisation is inevitable. This means that over a few generations, those wildcat genes are lost, and you’re just left with domestic and feral cats causing big problems for prey species and themselves,” said O’Donoghue.

Another group known as Scottish Wildcat Action (a coalition of zoos, universities, and conservation groups) is also doing a program that traps, vaccinates, neuters, and releases both domestic and hybrid cats. Similar to the previous group, the coalition has managed to desexed about 200 cats in different areas.

Read also: Ever Wondered Why Most Cats Are Afraid Of Water?

However, there’s still a challenge that this group faces. Scottish Wildcat Action’s biologist and project manager Roo Campbell explained that the hybrids are quite hard to trap because they’re wilder and more cautious to humans. Other than that, this group wants to educate cat owners about the significance of spaying and neutering as well.

“Hybrids present a particular problem because they live alongside wildcats, competing for territories and mates,” said Campbell. Therefore, the hybrids are basically the linking bridge between domestic cats and their wild cousins. “Breaking this bridge is therefore one of the ways [to] halt further hybridization, and it is therefore a priority,” Campbell continued.

There’s also the classic conservation attempt, which is taking Scottish wildcats in captivity and letting them breed. The wildcats will in the zoos temporarily until there are enough of them for wild release. When will the release would take place, however, is still unknown.

Of course, this kind of conservation would also pose a risk, such as the lack of instinctual behaviors and ability to cope with threats like humans or roads. Captive release wildcats might also lose their elusive nature and get too friendly with humans, which could undo all the conservation attempts.

This concern is backed up by a study by the International Union for Conservation of Nature. They tracked 129 wild-caught and captive-bred European wildcats (related to Scottish wildcats) which were released to three German forests in the 1980s. Even though the cats began reproducing, a large number of them died because of roadkills. Out of those 129 wildcats, only 20-30% survived.

People have different opinions regarding the best way to conserve Scottish wildcats. Wildcat Haven believes that vaccination and desexing is the only way to save the wildcats because captive breeding leads to unacceptable level of mortality.

January 2016 report by The Scotsman stated that Scottish Wildcat Action has “set up motion-sensitive cameras to record any cats living in priority areas at Strathpeffer, Strathbogie, Strathavon, North Strathspey and the Angus glens. Work will continue in Morvern later in the year. More than 130 volunteers will check the cameras, gathering data that will help guide protection measures.”

Despite the group’s effort that hasn’t ceased until today, Wildcat Haven founder Steve Piper said that it was not enough. Piper, who is also a filmmaker that made a film about Scottish wildcats, said that Scottish Wildcat Action has not worked urgently enough. And even though it’s funded by the government, the group has been inefficient with its funds. He continued that the group he founded has neutered more animals with a small budget.

Scotland has lost more portion of forests, leaving the wildcats with less and less territory. Therefore, giving them back to the wildcats is vital. Wildwood Trust director Peter Smith said that Scottish wildcats wouldn’t have a bright future unless more lands returned to forest. “We need to get more land back to a proper condition,” said Smith. 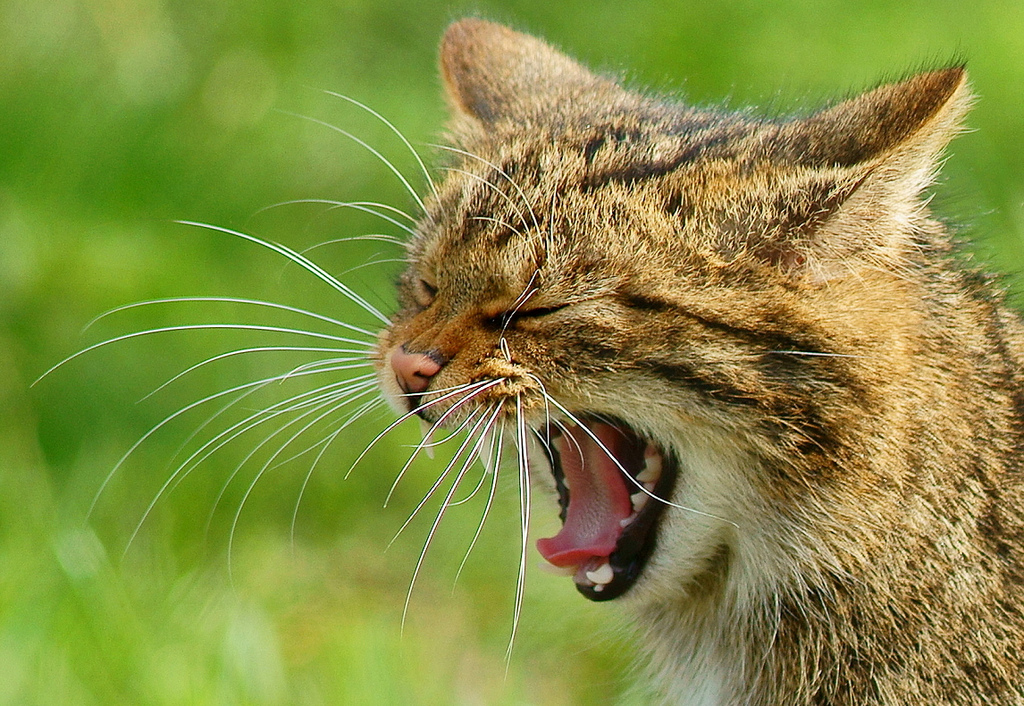 Efforts to save Scottish wildcats will not stop until they’re no longer facing threats. Scientists with the International Union for Conservation of Nature are now working on a new plan to save the wildcats. One of the plans is introducing European wildcats, the species’ relative.

This plan, however, is considered a last resort. Scottish wildcats are not actually a separate subspecies from the European ones, but they’re proven to have distinctive characteristics and behaviors. Highlands tigers (another name for Scottish wildcats) have thicker coat and they can survive lands that are not densely forested.

So far, the main focus to save this species is to vaccinate and desex stray, feral, and house cats. Detailed plan to conserve Scottish wildcats are still unclear and there’s no point in waiting for too long. Hopefully, there will be enough time to prevent this cute and wild species from their extinction.

What you can do to help these cats are volunteering (if you’re in the area), donating to the conservation groups, and spreading the awareness. You can find and tell others about Scottish wildcats through documentary films. One of the documentaries is titled “The Tigers of Scotland”. You can also share articles related to these wildcats so that more people (fellow cat lovers who would be hyped to help this species) would know more about them.