You are here: Home / The Species / Ever Wondered Why Most Cats Are Afraid Of Water?

Cats are pretty calm animals and rarely show their emotion in common. Whether they are happy, sad, panic, or pleased they show particularly the same expression to us. Of course, except for some cases when untamed cats are feeling threatened by human presence.

But overall, there is something that will make the cats show their emotional outburst of fear or anger: bringing them to a body of water. Giving your cat a bath is a hell lot of effort (and fight) for most people. It might even redeem successful after a few scratches and bites for some.

Well, that’s not the only time we see cats avoid water bodies. Most cats seem to avoid getting wet in common, whether it by rain, the pool, even the sink. From this experience, we then develop one kind of stereotype that cats are afraid of water.

However, you might often find in YouTube cats that are able to swim with their owners. In that case, is that the owner who trained the cat so hard that it lost its phobia and learn to swim, or cats are actually able to swim but prefer to not get wet? We will talk about this. 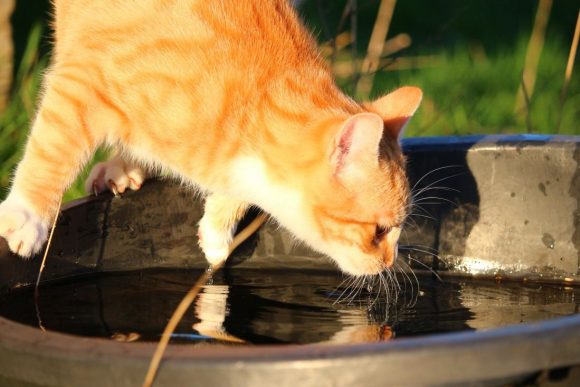 If you own many cats and some of them are afraid of water, while the others are not, you might have come to the answer of the question. Basically, the reason why some cats don’t like to get wet is because simply they don’t want it.

“Although it appears that the cats living in our homes don’t like water, it really comes down to personal preference. There are some cats who truly enjoy splashing in the sink or tub, while there are others who are too afraid to dip their paws into a puddle,” said Jennifer Maniet, staff veterinarian at Petplan pet insurance.

Most likely the cats are not used to bathe themselves in the water, since they have their own bathing mechanism by licking their body. That’s why, when you are taking your cats into the bathroom for the first time, most likely that’s their first time in generations to get wet from water.

Another method in this case is saying that in the past, maybe your cats have negative experience with water. The negative experience is like splashing water to them as punishment or being dipped in the water for a ‘quick bath’. In this case, the cat will develop serious hatred toward water itself and would be harder to train them to love it.

Not Made To Be Wet 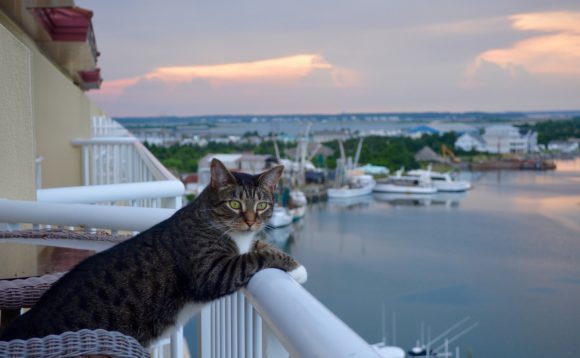 While their personal preference might be more psychological explanation about why most domesticated cats don’t like water, physically they also weren’t evolved to be more aquatic than its current form. Their ear and their undercoat are the reasons why most likely cats prefer to be dry.

Cats have large ears, compared to their body size, and larger ear means bigger risk to get water trapped inside it. If you ever experience getting water trapped in your ear, you might get it out easily. But for cats, it is not that easy because of the construction of their ears.

While their undercoat is another reason why cats tend to not get wet. If you are a professional cat bather, you might have realized that cats get soaked easier than other animals. This is because cats’ undercoat doesn’t have any protection against moisture.

Instead of protecting the cats from moisture, when the undercoat gets soaked, it will hold the water for a longer period of time, just like when you wash your bedcover. While soaked, they are under the threat of hypothermia, that’s why after you bathe your cats you should get them dry quickly. 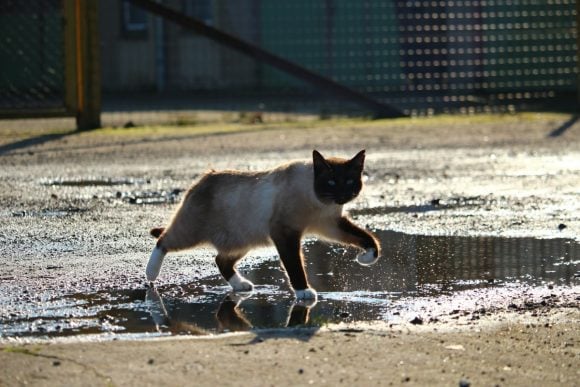 Although it might be the animal’s individual preference, or just to avoid getting killed by water, the main reason why cats don’t like water might come from ancient times. To know the reason, we have to track back to their ancestor, Arabian wild cats.

“Domestic cats were descended from Arabian wild cats. Their ancestors lived in an area with very few large bodies of water. They never had to learn how to swim. There was no advantage to it,” said John Bradshaw, Foundation Director of the Anthrozoology Institute at the University of Bristol.

Bradshaw also stated that because domestic cats weren’t evolved around water bodies and this behavior is being kept for very long time, they instantly become sluggish in the water. As we know that cats are very cautious, they might do not like to lose their agility.

However, not all cats avoid getting wet, the van cats from Lake Van in Easter Turkey are known to be excellent swimmer since kitten. Even their mother herself dips the kittens into water to push them to learn swimming. 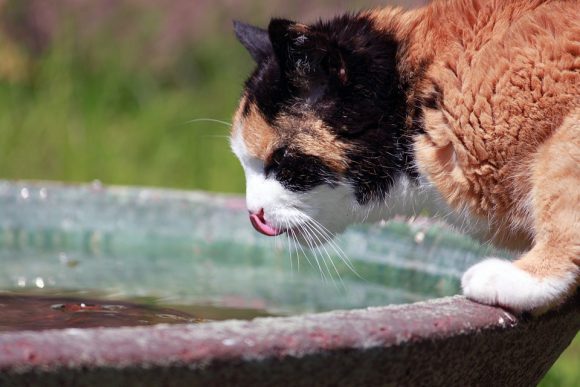 Although domestic cats in common seem to hate water bodies, but wilder cats are friendlier to the element. Large jungle cats like tigers, lions, and leopards are known to be great swimmer and frequently seen to spend some time in the water to cool their body off.

In several occasions, you might also see cats are pawing the fish in the aquarium. Well, you can’t hunt for fish if you completely repulse water. So, basically cats are not afraid of water, they just don’t like it much being soaked in it.

Like mentioned above, getting soaked in water makes them risk themselves getting hypothermia and ear infection. They also lose their main weapon, agility, when they are in the water. But not all cats hate water, if you train your kittens to be familiar with water, most likely they will lose the behavior as they grow.