You are here: Home / The Species / Orangutan And Its Dramatic Story You Might Haven’t Known

The name orangutan can be literally translated from Indonesian language as “person of forest”. It is not clear where and when the primate got this name but predictably this is how local indigenous people call the animal because of its resemblance in size with human.

Jacobus Bontius, a Dutch physician, in 1631 was the first one ever to mention this animal in a report. He wrote that this animal had the ability to ‘talk’ but “lest he be compelled to labor”. However, many people thought that actually what Bontius met was not an orangutan, but rather a human suffering from cretinism.

Whether what Bontius met was a ‘talking’ orangutan or just another human, the primate has gained much attention from the world since then. Carl Linnaeus gave the first ever scientific description of this animal in 1760 in his famously known Systema Naturae. 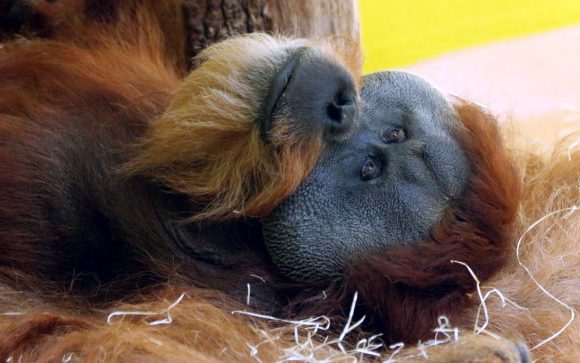 Aside from the debate whether what Bontius met was actually a ‘talking’ orangutan or just another human being, no wonder that some people in that age are confused. Not only because the size is almost similar to human, but also because of its intelligence.

Indeed, orangutan is a highly intelligent animal and among those the most intelligent primates on earth. A study conducted by Gary L Saphiro in 1973 to 1980 found out the possibility of orangutan to learn sign language. He found that in just two years, the animal could learn more than 30 sign languages which is used by human.

That’ not the only prove of this animal’s intelligence. Scientists said that orangutans also have the ability to solve complex problems with representational strategy. They can even play computer games, such as shown by two orangutans in Zoo Atlanta.

A study conducted in Leipzig Zoo also showed that orangutans can measure the costs and benefits of gift exchanges. It means that if they are accustomed to it, they can learn to trade. So far, there is no other animal species known to own this ability.

This animal also has the natural ability to use tools for foraging and self-defense. But unlike other tools-using animals, the tools they use and how they use it is different from one site to another. It means that orangutans obtained this ability by learning about the environment and give response to it.

Orangutans And Humans In Early Times 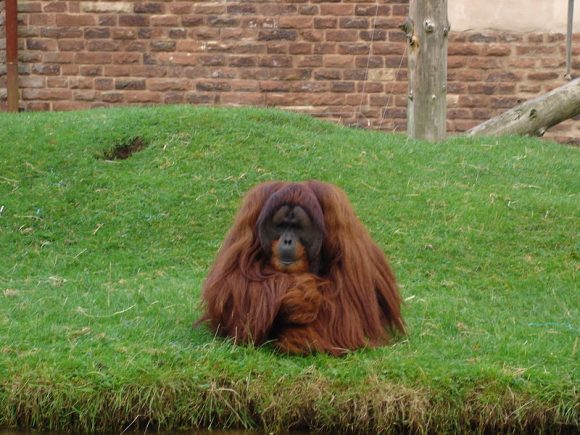 Many local folklores told that orangutans have the ability to be involved in close relationship with human such as seducing and mating. Possibly, this is how the local people’s ancestors described the intelligence and advanced behavior of orangutans.

Although being one of the most intelligent animal in the world that can use tools for self-defense, but humans are still smarter than them. When they use sticks and rocks, humans use gun and blades to hunt them down.

The tradition to hunt down this primate is likely to have occurred for millenniums, since ancient cave pictures showed that this animal was treated as pet and food source. But in ancient times, orangutans were only hunted merely for human survival. 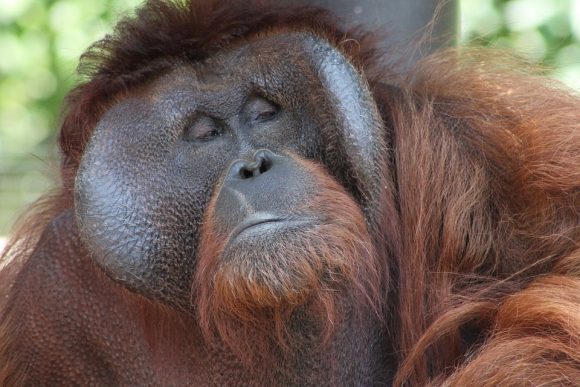 Officials in both Malaysia and Indonesia has declared this animal as a protected animal, and hunting may lead to years of prison life and enormous fine. However, it seems like the poachers don’t care much about the rules.

In this modern age, when human is already well established on the land, orangutan hunting has developed into a kind of cruelty. Indeed, this animal is considered to be one of the most hunted wild primate in the world.

Data showed that hunting activities has decreased the population of this animal unbelievably. Orangutans are hunted down by human for many purposes, such as pet, food, decoration, even just for sheer fun. Some farmers also hunt them down to eliminate competition for fruits.

It is believed that around 1,000 individuals are smuggled all around the world every year and sold in black market for pets. Most of them are young ones which was robbed from their mothers, which often include killing of the mothers in the process.

If you think that’s the cruelest thing human can do to orangutan, you are wrong. A female orangutan named Pony, was rescued from a brothel in Central Kalimantan in 2003 was shaved and chained for sexual purposes. 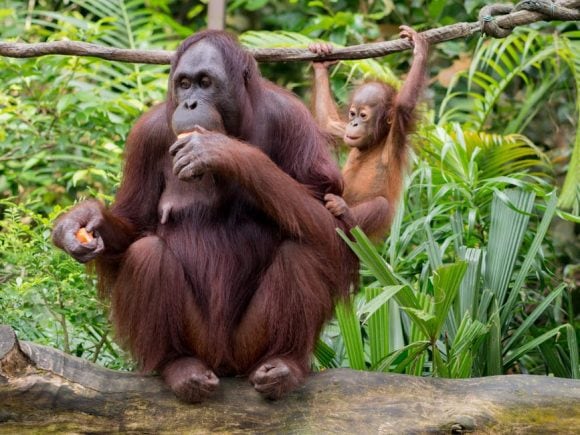 Based on 2016 report, the number of orangutans roaming the Borneo is approximately between 70,000 to 100,000 individuals left. If you think that is a good number, you need to compare it with older data collected in late 1999 to early 2000.

In the older data, the population of orangutan was more than twice as much as nowadays. It means that in just 17 years, about 150,000 orangutans were erased from existence. “I expected to see a fairly steep decline, but I did not anticipate it would be this large,” said Serge Wich, the co-author of the report.

Wich said that he and his teammates first didn’t believe the number they got, since it was too big. “When we did the analyses, we ran them again and again to figure out if we had made a mistake somewhere. You think the numbers can’t be that high, but unfortunately they are,” he said.

Apparently, hunting is not the only threat that orangutans are facing. Habitat loss for agricultural activities also put a great threat to the population of this animal. Not only their homes are cut down, but whenever the farm workers see them they will be shot on sight.

All those cruelty happened although the animal has been classified as ‘critically endangered’. If there is no further action to protect the animal, it is predicted that another 45,000 individuals will get lost by 2035.

“Orangutans are disappearing at an alarming rate. Their forests homes have been lost and degraded, and hunting threatens the existence of this magnificent great ape. Immediate action is needed to reform industries that have pushed orangutans to the brink of extinction,” said Emma Keller of WWF.