You are here: Home / Eureka Green / Cleaning The World With Fungus, Even You Can Wash Your Clothes With It

It is pretty common to us to find mushrooms served on our table. And among those mushrooms, there are some ‘special’ kinds of mushrooms considered as delicacy such as matsutake mushroom from japan and the extravagant truffle.

While for you who are familiar with the fungus invasion to your clothes, you might think that fungus are none but annoying organisms. For some homeowners, fungus are also seen as a thread for their wooden houses, since a little bit of moisture might give the fungus the energy to convert the woods into brittle remains.

Let alone finding the facts that some kind of mushrooms are poisonous for human, not only by ingestion but also by inhalation too. However, there are some people who see fungus from their huge potentials in saving this world from total destruction.

What kind of potentials it hides that may benefit us? In this article we are going to talk about it. 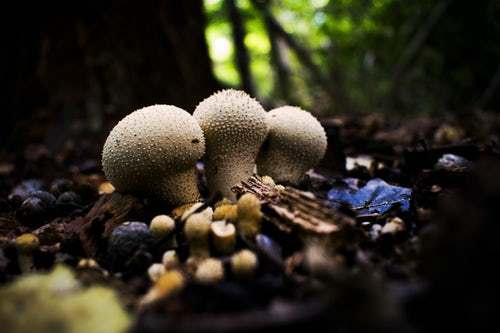 The destructive ability is actually an ability they got from some kind of enzymes they produce called laccase enzyme. The laccase enzyme is able to devour some chemical structures and break it down into smaller size.

One of those chemical structures that the laccase enzyme is specialized in breaking down is the lingin. The complex chemical compound is largely responsible for holding woods together. However, that’s not the only thing that the enzyme can break down.

Laccase enzyme is not choosy to break down more than just woods. “Laccases don’t differentiate between chemical structures,” said Dietmar Schlosser, an environmental biologist at the Helmholtz Center for Environmental Research in Leipzig.

This nature is the reason why researchers consider fungus have big potentials in making the world a better place. The researchers are trying to make use of this destructive force to clean this world from pollutants and dangerous chemicals. 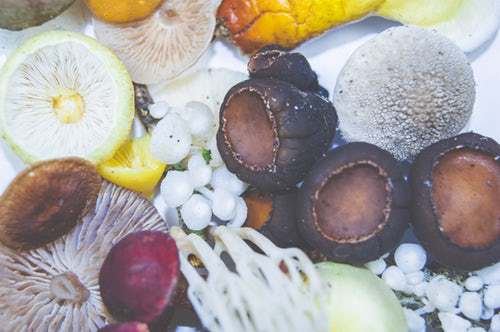 White rot fungi grown in pine bark is used to complete this task. The fungi is first cultivated in specific area before being transferred to the polluted soil. After several weeks of cultivation, the fungi can produce enough laccase enzyme to break down the pollutants.

Laccase enzymes are very effective in doing the job since hydrocarbons and dioxins have lignin-like structures, the specific chemical compound that the enzymes are specialized to break down. Indeed the enzymes have been proven to be able to eliminate up to 96% of PAH compounds and 64% of dioxins in just three months.

This method using fungi is currently the easiest, most effective, and cheapest method to do such thing. Thus, it is pretty applicable in many places where the pollution rate is high such as areas where there is distribution of fuels, waste treatment facilities, and areas of industry like sawmills and prep plants. 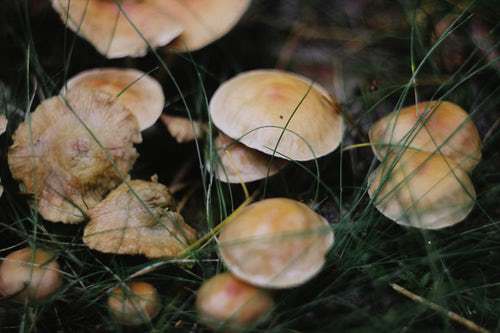 Another useful application to fungus’ ability to break down chemical compounds is pretty much applicable in any kinds of cleaning activities. But the biggest prospect that the researchers are aiming to is the possibility to make the organism to be water purifier.

Researchers at the University of Applied Sciences and Arts in northwestern Switzerland are working on this topic. The researchers are developing a kind of nano bio-catalyst from oyster mushrooms by stimulating them to build the laccase enzymes.

The laccase enzymes will then be coupled with silicium-dioxide nano-particles. The result is the nano bio-catalyst that the researchers are going to use to clean filtered water in municipal sewage treatment plants that still contain traces of medicines and cosmetics.

Common filtering methods cannot filter some of those traces of medicines and cosmetics, thus the nano bio-catalyst is needed to take over the job. “These are substances such as bisphenol A, phthalates and softening agents that make it into sewage water,” said Hommes.

The job for the nano bio-catalyst is not to break down the substances into smaller pieces, but rather to convert them into larger molecules. The bigger molecules are easier to be skimmed from the water. “What remains is no longer harmful because the particles are bigger,” said Hommes. 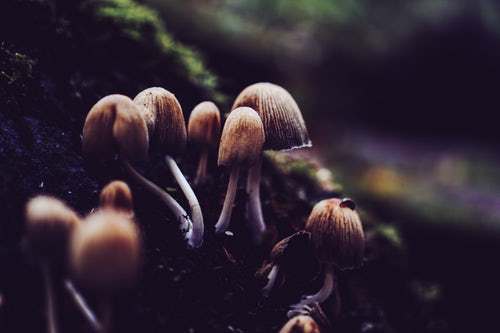 Those uses mentioned above are not the only way we can create better environment by using fungus. There are other uses as useful as those which some day might save our planet from total destruction caused by human.

One example is using the nature of ‘good destructive power’ in the mushroom in cleaning your clothes. For a long time we only think that fungus are the enemy of our clothes, but actually in some way it can help us cleaning our clothes.

This innovation is using bright-orange shelf mushroom growing in the forest near Copenhagen. Denmark-based Novozyme are trying to work on controlling the destructive power to destroy stains on our clothes. In addition, they plan to make the cleaning activity happens in lower temperature and using less water than usual.

Another example is using the mycelium of the mushrooms to create products that can replace plastics. We can use the mycelium to make packaging products, furniture, or car parts. We know that plastics are the biggest threat for the planet because it is non-degradable, but mushrooms are pretty much degradable.

“We think there are a lot of systems and processes in nature that are extremely resource efficient. In nature, there is basically no waste. Every material gets reused,” said Gerard Bos, director of the global business and biodiversity program at the International Union for Conservation of Nature in Switzerland.

Don’t You Know That Fungi Have The Ability To Shape The World?