You are here: Home / Hello Earth / 10 Places To Visit For Stargazers All Around The World

For some, sparkling nightlife is what makes them enjoy this life. But for the rest of us, a peaceful dark night brings us more Zen. The beauty of stars constellation in the sky has been appreciated for a long time, and people in ancient times even gave names to the constellations.

However, nowadays light pollution is starting to hamper us to watch the beauty of night sky. In 1994, even people in Los Angeles, America called 911 to report strange light above the sky. It was actually the Milky Way, but they had never seen it because of the amount of light pollution in the city.

The light pollution from earth makes the sky glow brighter from beneath than the lights above. “Misdirected and excessive lighting are the main cause of sky glow and light pollution,” told Chip Harrison, park manager of Cherry Springs State Park in Pennsylvania like quoted from CNN Travel.

Luckily, there are still some places in the earth where the light pollution can be minimized. Thus, the beautiful darkness will show us the real view of the sky from earth. In addition, some of those places aren’t remote at all, some of them are easily accessible.

The places are actually spread all around the world. Here is the list of ten best places to watch the night sky without worrying about the light pollution and traveling to remote areas derived from an article in CNN Travel. 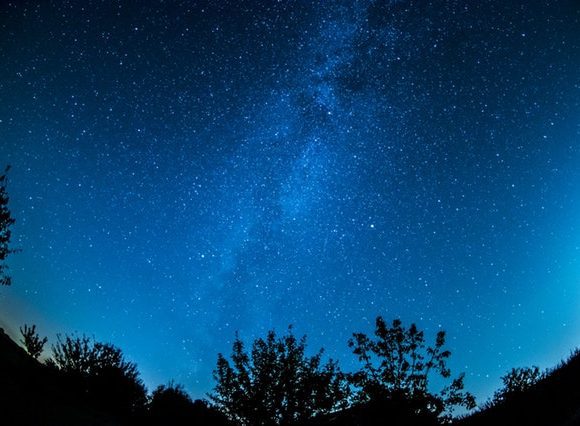 Best time for stargazers to visit this place is in the summer, around March and April, when around more than 3000 stars in the sky are visible. In the dark summer night, we can sometimes also spot the meteor rain. 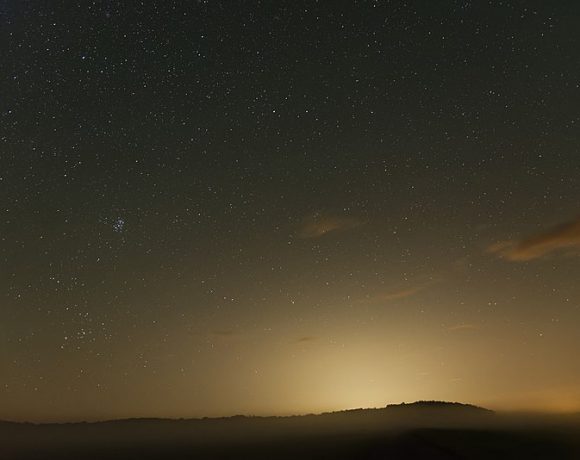 While some of the best places to watch the night sky are quite remote from the city, this place is pretty close to the nearest city. Westhavellan is only around 100 kilometers west from the famous city of Berlin.

Not only the beauty of stars constellation, there are many other features that the visitors can see in this place. “You can see the Milky Way and rare displays of the Aurora Borealis,” said Dr. Andreas Haenel, the director of the Museum Am Scholerberg’s planetarium. 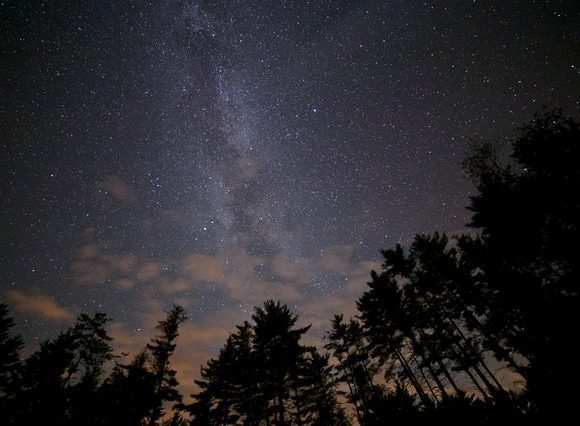 This place is quite famous for stargazers who love to stargaze, not only because the view of the dark night sky, but also the history of the place. This is said to be the best place in France to stargaze and find zodiacal light, Milky Way, and constellations in the sky.

Each year, more than one hundred thousand of stargazers visit this place to stargaze and around three thousand people even camp here for enjoying the beauty. The most popular spot to watch the night sky is in the Observatoire Midi Pyrenees which was built in 1870s. 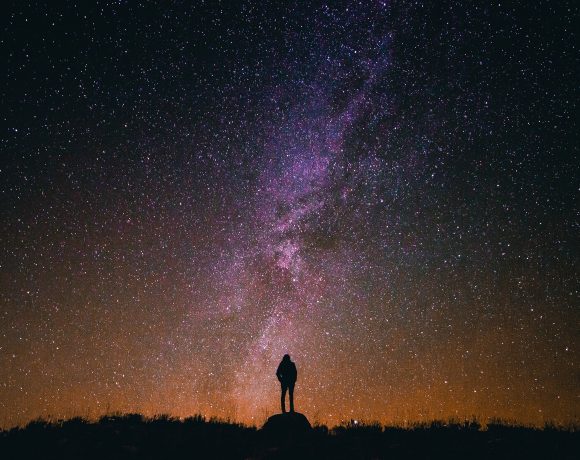 100 kilometers from Maltahohe town, exactly at the edge of Namib Desert, lays a good spot to watch the phenomena in the sky. In this place, visitors can find the zodiacal light, gegenschein, the Megellanic clouds, and even the center of our galaxy Milky Way.

This nature reserve has low humidity, which lead to clearer night sky compared to any other areas. Stargazers are allowed to camp in this site, and even in the Wolwedans campsites, they can lend small telescopes and ask for guide for astronomically trained guides. 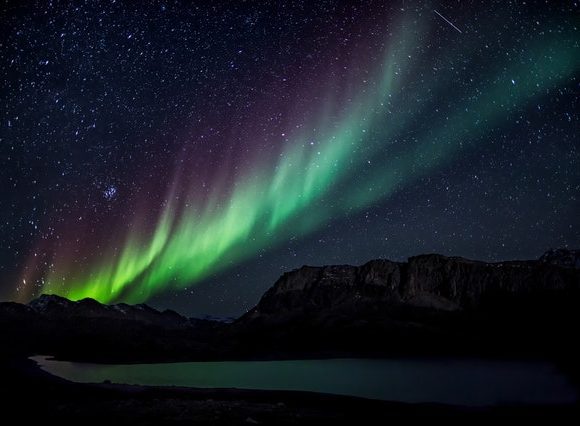 This place is said to be the best stargazing site in the southern hemisphere. Beside the clear night sky which shows the Southern Cross and Southern Star clearly, the view in from this place also offers the Aurora Australialis.

Tens of thousands of stargazers use to come to this place each year to observe the pollution free sky. In its clearest sky, when the moon is out, the Milky Way can be seen stretching from one end of the horizon to the other end. 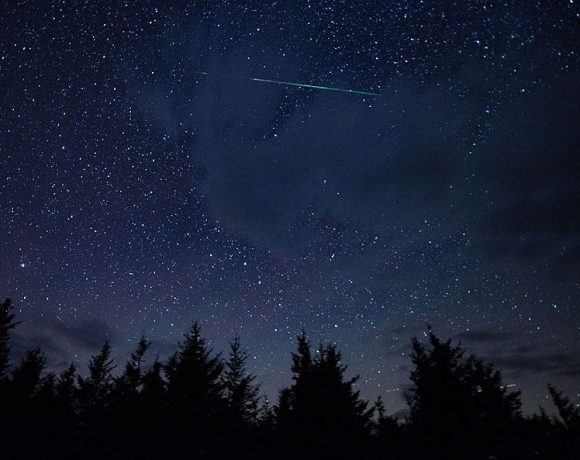 In this place, visitors are not only reintroduced to the stars above, but also to the star lore of North American Indigenous cultures. There are various events held monthly, even in the rain and snow, which stargazers are free to participate in.

Not only the view above, in this place you can also the view of reflection in the lake. During the annual meteor showers, the lake reflects what happens in the sky and it adds up the tranquility. 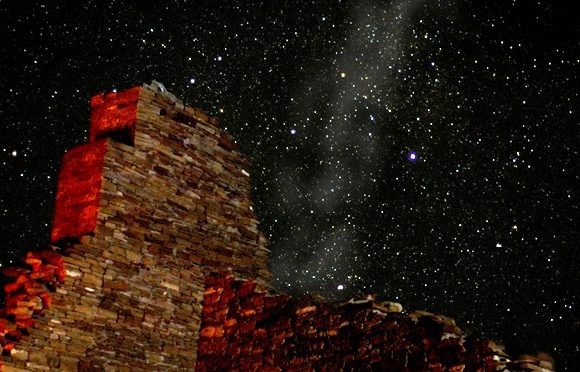 In this national park, lays the ancient Pablo ruins, where Chacoan people used to observe the night sky one thousand years ago. And you can do the same thing if you visit this place.

Almost 99% of this place is natural darkness zone, which mean there is not even a single outdoor artificial lighting. Thus, the light from above can be maximized without any disruption from below. However, you are allowed to bring and use flashlights. 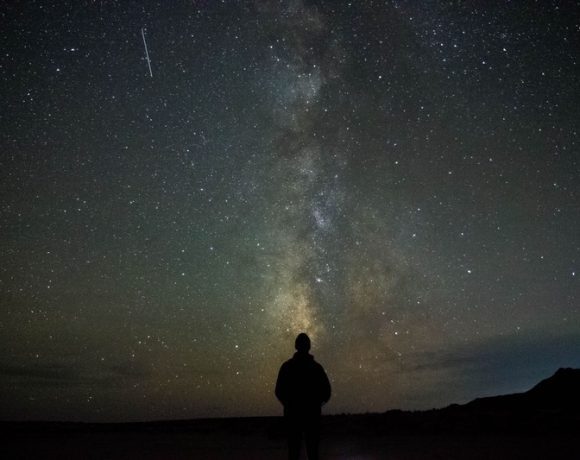 “Approximately 50,000 people come to Mont-Megantic a year to appreciate the night sky phenomena,” said the head of communications of Mont-Megantic, Sebastian Giguere. In this place, the visitors hope to find the Milky Way, shooting stars, Andromeda Galaxy, and even Northern Lights.

Those are the view of night sky offered in that place which are visible to see with naked eyes. Mont-Megantic also offer a telescope at the observatory for those who want to watch in more detail, like moon craters, nebulas, and planets. 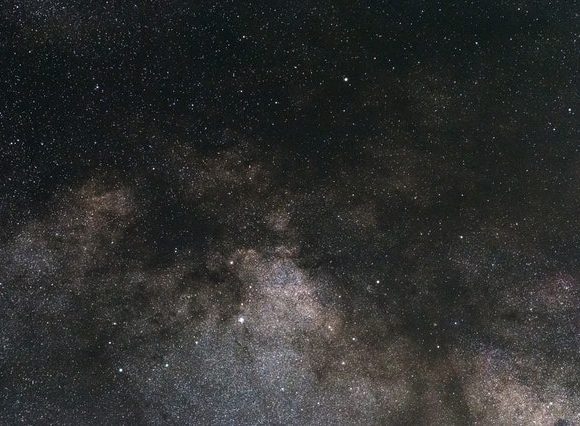 In this national park, visitors usually take photos and videos of night sky on the Kilenclyuku Hid or the Nine Arch Bridge. This bridge is the longest stone bridge in Hungary and UNESCO world heritage.

The conservation of night sky in this area, beside for tourism purpose, is to appreciate the culture of Hortobagy’s traditional shepherds who rely heavily on the signs on the stars. The dark night sky is also a mean to protect the wildlife in the area. 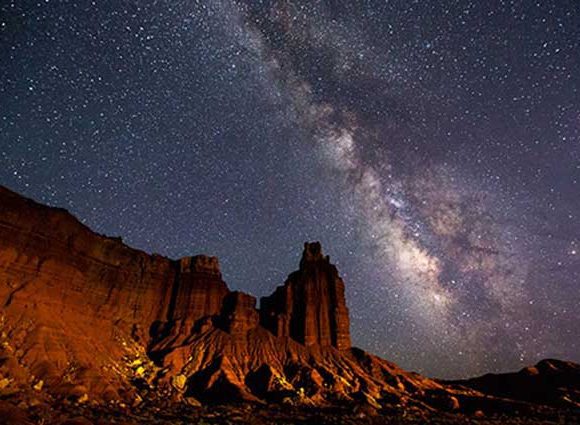 Among those nine sites mentioned above, this national monument is maybe the darkest place. “Natural Bridges has zero light pollution. When you view the sky from Natural Bridges, there is no human lighting visible,” stated by Ranger Gordon Gower.

The visibility of stars in this area is indeed very high, there are about more than fifteen thousand stars visible in a clear sky night. Even International Dark Sky Association stated that this place is the darkest place they had ever seen.

Is The Air In Your City Polluted? Check It From The Color Of The Sky

Don’t You Know That Summer Is A Special Season?