12 Minuscule Animals that You Should Know About

You are here: Home / The Species / 12 Minuscule Animals that You Should Know About

Maybe you’ve seen one of these animals, maybe you haven’t. It’s hard to tell because these tiny animals are either too hard to discover or they have perfect ability to adapt with their surroundings. Here are 12 minuscule animals that you should know about.

You probably will never notice this frog species if you don’t bring your magnifier and really look for it. If you’re lucky, you’ll find the 7.7 millimeters amphibian in the forest floor of Papua New Guinea. I say lucky because even researchers often mistake them for forest insects. They have to scoop a leaf litter in plastic bags first in order to see and spot the frogs.

Also, this species was discovered relatively new, in 2009 by an American scientist who sifted through dirt in Papua New Guinea. Therefore, there are things we don’t know about this species yet, like its living patterns and eating habits. I mean, you can step on them without knowing because they’re so small

Considered a vulnerable species by the International Union for Conservation of Nature (IUCN)—probably because of its teeny size of 14 millimeters—Mount d’Ambre leaf chameleon is actually related to Brookesia micra and the Madagascar dwarf chameleon. The latter is only 19 millimeters long.

This gecko species might not be as small as our first mentioned frog, but it’s the smallest known kind among reptile and lizard species along with Jaragua dwarf gecko. Virgin Islands dwarf gecko measures around 16 millimeters while its cousin spans around only 2 millimeters more.

Virgin Islands dwarf gecko was first discovered in 1964 on the Virgin Gorda. However, they’re known to have habitat in Tortola and Moskito Island. The size and mimicry ability makes it hard for researchers to know the full extent of this gecko’s population or range.

Read also: 8 Newfound Animal Species That You Might Not Know Yet

The downside of being a tiny species is that it’s either vulnerable or critical, including this one. Spruce-fir Moss Spider dwells in the American Appalachian Mountains and it only measures three to four millimeters. The range of colors varies from light brown to darker reddish brown and there are no markings.

Spruce-fir Moss Spider has been the Endangered Species List since 1995 because of the widespread death of Fraser Fir trees. This caused a thinning of the forest canopies, and there were a lack of moss mats that are crucial to the species’ survival. There have been efforts to prevent the spider from getting rarer but it looks like it’s not enough. Poor spideys. 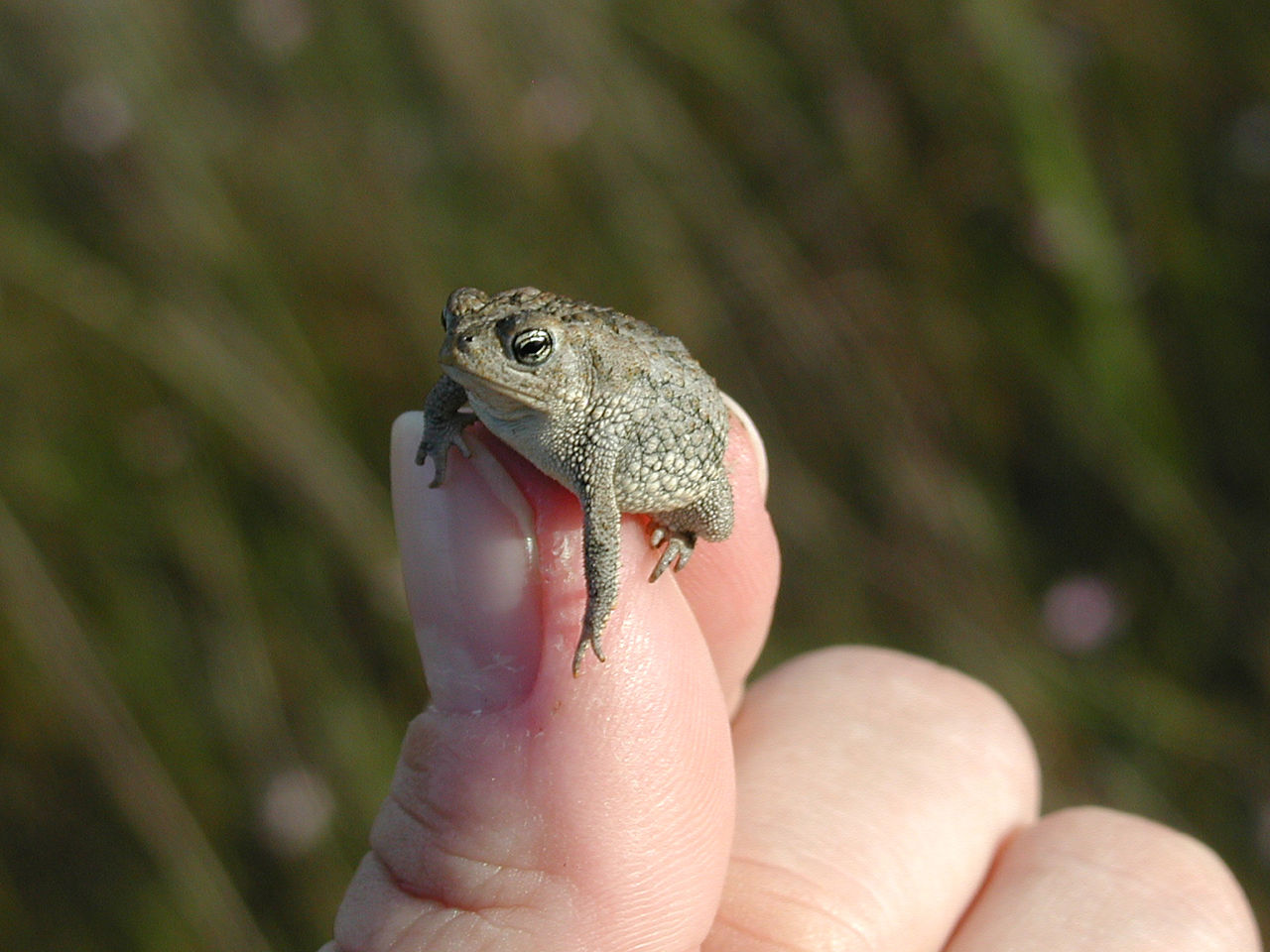 Still don’t know the difference between a frog and a toad? Click here or here. But anyways, this toad is considered to be the smallest toad species in North America with only 19 to 33 millimeters in size. You can spot one based on a yellow or white stripe along the dark-colored back (if you can really do it, that is. It’s still a small creature).

Another name for this species is Baluchistan Pygmy Jerboa, which is one of the tiniest rodents in the world. They grow only to an average of 4.4 centimeters long and their habitat is usually in harsh desert climate, such as Pakistan and Afghanistan. How do they survive, you ask? They burrow under small bushes and feeds on wind-blown seeds and succulent leaves. Cute.

Read also: Fancy Reading About Cute Animals? Find 6 of Them in Australia

Anybody here is called Denise? Well congrats, ‘cause your name twin is a teeny, cute, yellow pygmy seahorse. The maximum size of this species is around 2.4 centimeters, and despite its several sightings throughout the western Pacific (Indonesia, Vanuatu, Palau, Malaysia, Micronesia, and Solomon Islands), Hippocampus Denise is actually very rare.

Don’t underestimate this species because of its size, though. This seahorse species is very adept at camouflage abilities. Maybe that’s why it’s also rare because scientists or researchers can barely find them? We’ll never know for now.

Discovered in 2006, Barbados threadsnake is still a member of the Leptotyphlopidae family. And props to the scientist, really, because this snake rarely gets wider than a spaghetti noodle and they don’t grow larger than about 10 centimeters. If I did stumble across one, I wouldn’t think that the termite eater is a living thing. 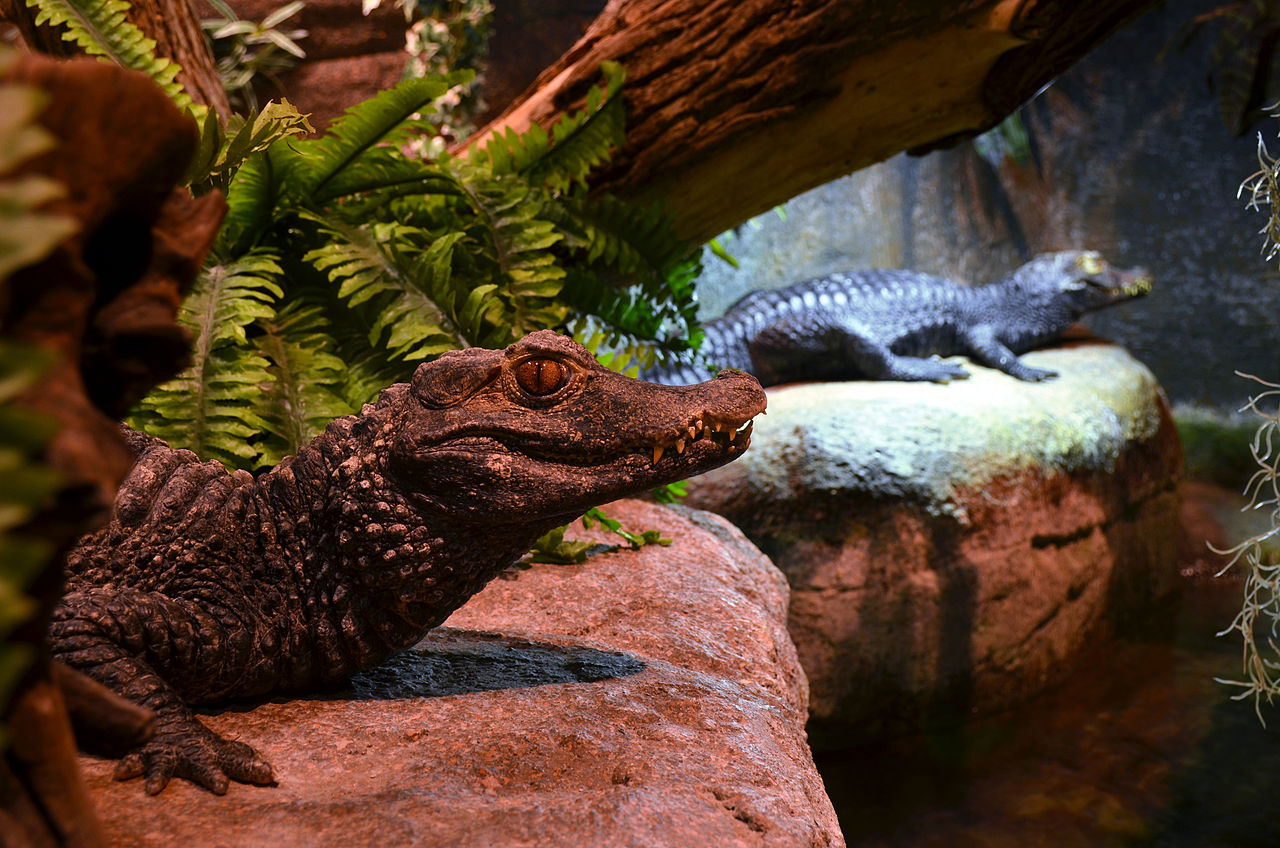 I’ll understand if you say that this one’s stretch because obviously this species is not minuscule at all, but Cuvier’s dwarf caiman is the smallest of the New World crocodilians. Males measure about 1.6 meters while females rarely grow larger than 1.2 meters. Compared to average crocodiles that can exceed 6 meters in length, you can tell that this one is small.

Thanks to its small size and bony scales, this species doesn’t have a lot of predators. It also keeps a balance in the ecosystem by snacking on piranhas that can grow out of control without the caiman. Let’s hope that the mini crocs will still be around much longer.

The #SpeckledPadloper (Homopus signatus), also called the #SpeckledTortoise, the #SpeckledCapeTortoise, the #NamaqualandSpeckledPadloper, and the #SouthernSpeckledPadloper, is the smallest species of #tortoise in the world, native to South Africa and Namibia. It spends its time foraging for small, juicy plants in the rock outcroppings it inhabits. A full-grown male Speckled Padloper can grow to be about three inches long. The larger females rarely reach four inches and weigh only around six ounces. It has a flattened, orange shell with black spots. The Speckled Padloper is threatened by habitat destruction and the pet trade, as well as introduced dogs and pigs. It is listed as Near Threatened on the IUCN Red List.

I think tortoises are cute, and when I found out about this tiny species, my heart couldn’t take the cuteness. Speckled Cape tortoise measures about 52 to 110 millimeters in size. If you have a golf tee around you, take it and imagine you’re holding the smallest size of the species.

And like other small living creatures, this tortoise is considered to be endangered by the IUCN. The main cause would be the agricultural development of its habitat in northwestern South Africa.

When you read/hear the word shark, I think most of you would think of teeth, fins, blood, and big sized fish. Add the word dwarf next to it and all that fearsome things would go poof because you know it would be small. This species only reaches a maximum length of 20 centimeters, making it the smallest shark and one of the hardest to detect.

Even so, there have been sightings on the upper continental slopes off Colombia and Venezuela. And because they’re so small, commercial fishing practices have been threatening their population. Seems like sharks are never safe from humans after all.

In the genus of small cyprinid fish, Paedocypris is the smallest of its kind. The average adult are able to fit on the end of your fingertip or fingernail. This species roam freely in swamps and streams of Borneo, Sumatra, and Bintan islands in Southeast Asia. What’s special about this fish is that they can only survive in acidic water.

Sadly, acidic swamps and streams in those mentioned islands are quickly evaporating and they don’t have anywhere to live or thrive. If this goes on, scientists predict that they could be extinct by 2040. Let’s hope that things would be done to prevent that from happening.

Being tiny has its sets of perks and curses, I guess.

The Smallest Animals on the Planet