You are here: Home / The Species / Ever Wonder Why Sharks Are Essential Part Of Nature?

Many people fear sharks, many other respect them, but not many people recognize this animal as an important part of nature. This misconception about sharks that make them look like merely sea predators has been carried by their depiction in movies and how mass media defend them from the insult.

But actually sharks are more than that, this sea carnivore is more than just a fish and they play essential part in nature. Without knowing the most important roles of sharks in nature, we will not be able to give this fish the appreciation they deserve.

Here in this article, we will show you how important this fish to the nature, so you can see them beyond what you have done. 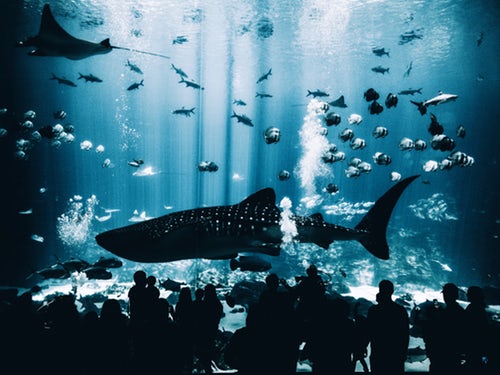 Just like how the top predators such as tigers, wolves, bears, and lions play their role on the lands, sharks play this role as the top of food chains in the sea. Under the top predators, there are some smaller predators and mid-size predators.

A 2013 study scientifically stated that when the number of shark population in an area decreases, smaller and mid-size predators such as snapper increase. It results in significant decrease to the number of small preys.

In example, during 1970 to 2005, more than 97% of shark population in Atlantic Coast disappeared from overfishing. It led to an explosion of prey species, like cow-nosed rays, which then wiped out North Carolina’s bay scallops. 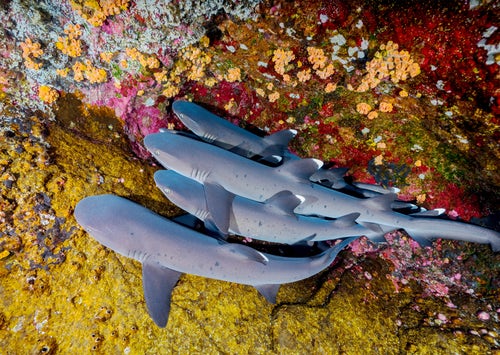 These mesopredators prey on smaller herbivorous creatures that usually graze on algae and sea grass. When the number of these grazers fall significantly, population of algae will increase and attack coral reef.

Those algae will overwhelm the reef system and limit its ability to recover from stress. It makes coral reefs more prone to bleaching, which then will give bigger threat to the entire marine system around in the area.

It is scientifically proven, like when Western Australia’s Shark Bay sea grass beds suffered 2011 heat wave. During that time, scientists observed the difference between areas where tiger sharks roamed and areas when there is no shark could be found. As the result, in areas where the sharks roamed, the sea grass bed could recover much more quickly.

“It’s all about how predators and prey interact. Just the fear of sharks can be enough, in many cases, to keep a marine ecosystem healthy and able to respond to stresses,” said Mike Heithaus, scientist at Florida International University. 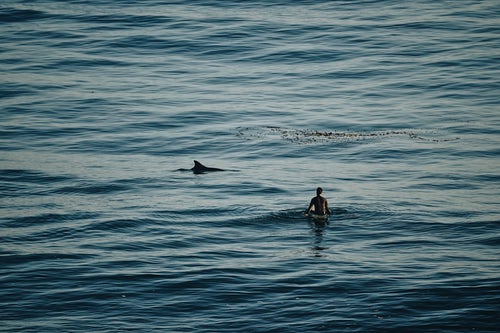 Again, this is related to what mentioned above. Although sea grass covers only 0.2% of the entire ocean floor, this plant accounts for more than 10% of carbon absorption in ocean water. Underwater sea grass meadow is said to be able to store almost three times carbon compared to regular tropical forest.

Losing those sea grass beds will not only affect local environment, but it also means we are losing one of the strongest carbon holders. Let alone when the carbons being held by the sea grass underneath the soils get released back to the ocean.

However, as mentioned above, sea grass can only grow in supportive areas where healthy coral reef and maintenance service from the grazers available. Thus, by protecting the coral reef formation, sharks indirectly contribute to mitigating climate change. 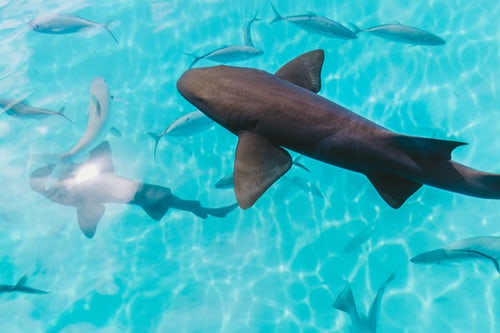 Shark skin is covered with thousands of small scales called denticles with various size and shape. Sharks not only give us benefits from its presence in the nature. This fish also inspires many inventors and researchers in the labs to create wonderful innovations. One example is by inspiring the inventors to create Sharklet, a kind of micropattern resembling the skin of a shark.

In a study conducted in 2014, Sharklet was discovered to be able to prevent 94% Methicillin-resistant Staphylococcus aureus superbug to grow on it. Thus, using this material instead of relying on antibiotics will give the same result in getting rid of superbugs and other microbes.

The discovery is beneficial to medical world, since by using this micropattern, we can prevent contamination of dangerous bacteria which takes millions of lives annually all around the world. It is said to be able to prevent E. coli and staph infections, according to recent study.

Many researchers assumed that small scales covering the shark skin is not only useful for preventing the growth of pests and bacteria on it. Researchers from Harvard University and University of South Carolina decided to study this feature and tried to find further usage for it.

“We know a lot about the structure of these denticles – which are very similar to human teeth – but the function has been debated,” said George Lauder, one of the researchers participated in the study. It was right, apparently, not only working as microbes repellent, it is also useful for the animal to smoother their swimming in the water.

The denticles increase lift and decrease drag as the fish moves underwater. This finding opens up so many possibilities in our basic aerodynamics usage and guide. And guess what this feature can be most useful for? The answer is airplane’s aerodynamics.