You are here: Home / Hello Earth / Wild Animals Encounter: 4 Simple Tips To Save Both Lives

Walking in the forest gives you a special feeling of well-being. We know that somehow being in the middle of forest, surrounded by trees, and being far away from the crowded city makes us feel happy and calm.

However, there is something about the forest that we know we just want to avoid: wild animals encounter. And indeed it is not a rare story, we sure have heard about people meeting wild animals while walking through the forest. It happens frequently.

This is also a point to consider, walking in the forest to forest bathing would be less enjoyable if we keep worrying about meeting a group of bees or larger animals like bears every step we take. That’s why, preparing ourselves for wild animals encounter is a must.

How about simply shooting them to dead? A big no! Those animals are part of nature with its own functions, and they have family too. You will also look dumb bringing your guns everywhere, the point of forest bathing is to be as calm as you can reach.

So, in this article we will give you some information about what can you do when you meet wild animals in their habitats.

Running Is Not Always The Best Option 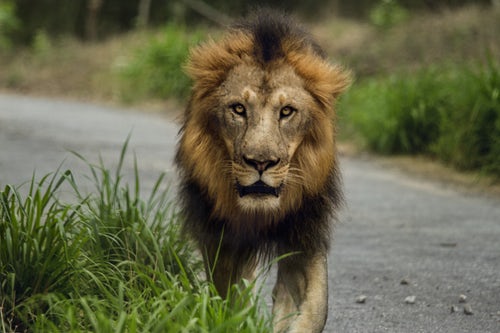 The most basic defense mechanism for most animal is running away from the predator. That’s why, running away as fast as you can is not a good choice most of the time. If you do, those predators will see you as their prey.

Not only that, most big predators like wolves, coyotes, bears, and tigers are natural runner. They will easily outrun you with their speed, agility, and stamina. Running away from them would be useless exercise against those animals.

In case they haven’t seen you, running away will create much noise which will encourage them to chase you. Instead of turning your back on them and be noisy, the best option is by backing away slowly, as quiet as possible.

Try to avoid eye contact too, sometimes a simple eye contact can be interpreted by those animals as a sign of aggressiveness. “The goal is to appear as unthreatening as you know you are,” said Rachel Levin, the writer of Look Big: And Other Tips for Surviving Animal Encounters of All Kinds.

Levin said that maybe the only big animals in the world that you can outrun are crocodiles and alligators. If you meet those animals while taking a walk in the forest, then running away as fast as you can is the best option. 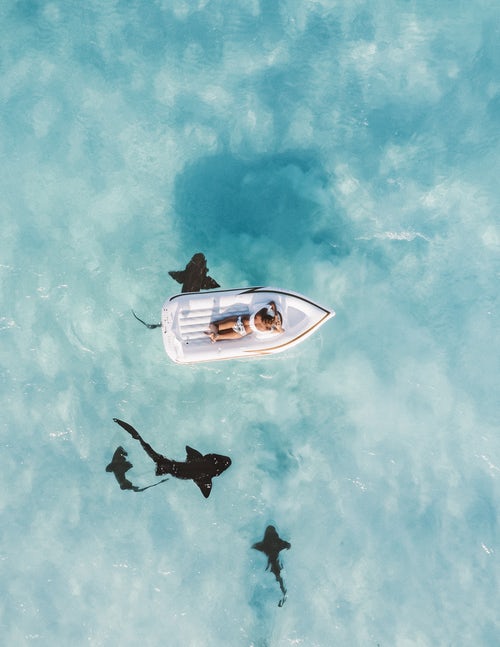 One thing you should always remember, not every animal you meet is hungry, planning to attack you, or going to eat you alive. Most of the time they are just passing by, some other time they are just patrolling in their territory, or maybe even roaming around aimlessly.

So, the first step is to not run away, then what? Screaming for help or making noises to scare those animals away? Another no, the next thing to do is calming down yourself and staying as calm as possible in front of those animals.

“Easier said than done, and sounds obvious, but seriously, try and keep your cool. The bad stuff happens when you don’t,” said Levin. The reason is, when you are panicking and recklessly make disturbing noises, you will make those animals panicking over you too.

Wild animals live by their instinct and measure everything by the scale of life and death. Thus they might consider the disturbance you cause when you are panicking as a threat. In this case, they have to defend themselves, and most likely do it by attacking you.

It doesn’t only apply when you are in the forest, it applies anywhere you are. Say for example you are face to face with a shark in the ocean, your panic rowing will cause ‘disturbing’ splash in the water and those sharks might see you as a threat.

They Also Have Fear 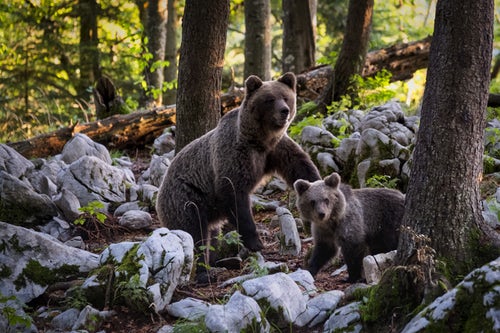 Another point that you should remember is those wild animals have their own fear too. Thus, whenever you meet one in the wild, most likely you are not the only one feeling the horror. In short, you can also be the one who scare them away.

You can do it with some simple steps. Just stand as tall as possible, make your body look bigger whether by opening your coat, or raise your backpack over your head. Look at them directly in the eyes, and start roaring or screaming. In short, just pretend yourself as a dangerous giant in front of them.

However, you should be selective whether to use this method or not. Do not be the one who provokes them if you can just get away safely by doing nothing. Do it only when they start to notice your presence and show signs of aggression. 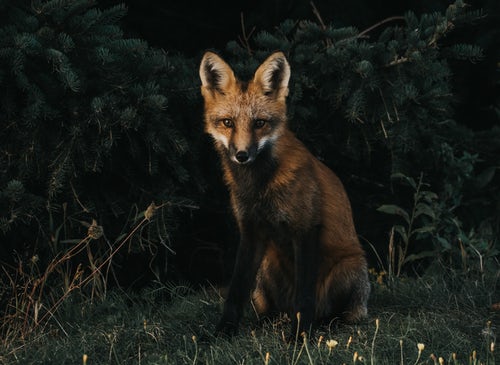 Another example, many people believe that playing dead is a good option, indeed it is when you meet grizzly bear. But for other big animals, it might be not the right option. Even this method will not work on black bear.

The best way to get away from black bear is by scaring them. Make a lot of noises and commotion when they are approaching you, and fight back when it shows signs of aggression. It might also work for mountain lions.

Overall, the best way to prevent any bad thing to happen when you have an encounter with wild animal is to study their behavior. Try to learn what kind of animals you might meet in the place you are planning to go and look for the best methods to get away from them safely.