You are here: Home / The Species / Wolf Have Big Impact to Our World, Watch This Yellowstone Park Video!

When we see lion or wolf killed their prey , sometimes we feel that they are so cruel and we may hate or even kill them to protect the weak herbivores.

But after you watch the video above ( Credit to Sustainable Human ) , we learn a lesson,  the predator like lion , wolf , tiger , sharks , bear really played an important role in our world 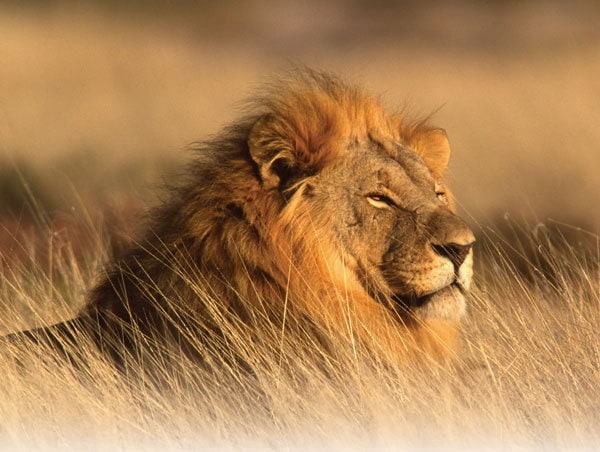 Lions prey mainly on herd animals. Nature comes to play as lions take down the weakest of the herd. This keeps the herd population resilient and healthy. If lions did not exist, there would be a symbiotic relationship between parasites and herd animals. This way, parasites could increase and spread throughout the herd, resulting in fewer healthy animals.

Where predators like lions do not exist, smaller carnivores tend to increase. Smaller carnivores such as olive baboons will reproduce more and cause complications for farmers by destroying their crops and livestock, and spreading diseases.

In 1926, there were no longer wolves in Yellowstone, once the natural habitat of this species. The extinction caused by government predator control and no protection provided by the park

in 1995, grey wolf packs were reintroduced in the Lamar Valley of Yellowstone National Park and Idaho. 14 wolves from many separate packs were captured in Canada and then transported into Yellowstone Park and placed into one-acre acclimation pens.

This gave biologists a unique opportunity to study what happens when a top predator returns to an ecosystem.

They were brought in to manage the rising elk population, which had been overgrazing much of the park

The reintroduction of the wolves has shown a greater impact on the biodiversity of the Yellowstone than anticipated.

Before the reintroduction, there was only one beaver colony in the park, said Doug Smith, a wildlife biologist in charge of the Yellowstone Wolf Project.

Today, the park is home to nine beaver colonies, with the promise of more to come, as the reintroduction of wolves continues to astonish biologists with a ripple of direct and indirect consequences throughout the ecosystem.

A flourishing beaver population is just one of those consequences

How can Wolf Affect Beaver and Ecosystem

What happened, said Smith, is that the presence of wolves triggered a still-unfolding cascade effect among animals and plants-one that will take decades of research to understand.

“It is like kicking a pebble down a mountain slope where conditions were just right that a falling pebble could trigger an avalanche of change,” Smith mused.

So how did this avalanche of change work out for the beaver?

To answer that, you have to go back to the 1926s, when the wolf was killed off in Yellowstone. Even though Yellowstone elk were still preyed upon by black and grizzly bears, cougars and, to a lesser extent, coyotes, the absence of wolves took a huge amount of predatory pressure off the elk, said Smith.

As a result, elk populations did very well-perhaps too well. Two things happened: the elk pushed the limits of Yellowstone’s carrying capacity, and they didn’t move around much in the winter-browsing heavily on young willow, aspen and cottonwood plants. That was tough for beaver, who need willows to survive in winter.

But because the predatory pressure from wolves keeps elk on the move, The elks began avoiding open regions such as valley bottoms, open meadows and gorges, where they would be at a disadvantage in case of an attack from a wolf pack, so they don’t have time to intensely browse the willow.and beaver rediscovered an abundant food source that hadn’t been there earlier.

As the beavers spread and built new dams and ponds, the cascade effect continued, said Smith. Beaver dams have multiple effects on stream hydrology. They attracted otters, muskrats, and reptiles.They even out the seasonal pulses of runoff; store water for recharging the water table; and provide cold, shaded water for fish, while the now robust willow stands provide habitat for songbirds.

Ecosystem is very complex. In addition to wolves changing the feeding habits of elk, the rebirth of the beaver in Yellowstone may also have been affected by the 1988 Yellowstone fires, the ongoing drought, warmer and drier winters and other factors yet to be discovered, Smith said.

Wolves as play important role as a food distributor, The carcasses of their prey also help to redistribute nutrients and provide food for other wildlife species

Prior to the reintroduction, deep snows were the main determinant of whether an elk was going to die.

that scavengers that once relied on winter-killed elk for food now depend on wolf-killed elk. That benefits ravens, eagles, magpies, coyotes and bears (grizzly and black), especially as the bears emerge hungry from hibernation

Every time we produce changes in nature, we interfere deeply with the whole eco-system. Nature has it own ways to restore the balance and beauty.

Hope with this post we no longer ignore the animal poaching again, because now we know the importance of them , Yes they kill few species , but they also give life to other species.