You are here: Home / Eureka Green / How Did Our Unhealthy Affection To Plastic Bottle Begin?

Our planet is full of plastic, and it is not good for our environment because plastic cannot be decomposed naturally. Plastic bottle and plastic bag are the two main suspects that we know to cause it, but the main suspects are us who consume it a lot.

Almost all of those plastic bottles do not end up in recycling plants, in which it means that they are piled up in landfill. Or worse, they are thrown away to water bodies and end up in the ocean for good. Again we remind you that the bottles cannot decompose naturally.

But have you ever wondered how did it all started? How was the habit of consuming things contained in plastic container, especially bottled water and beverages, started? We did some research to find out the answer for that question, and apparently it is pretty interesting.

In this article, we will inform you about how the habit of drinking plastic-bottled water started. 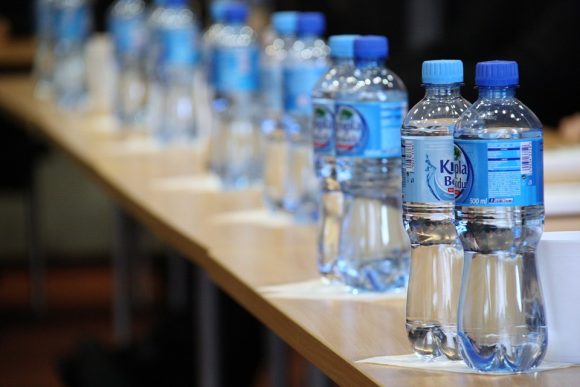 Bottle has been one of the earliest forms of commercial plastic to be sold to public. But none of the use of plastic bottle was to contain water and beverages, until early 1950s. The only reason for this was only the cost of production.

Earlier, plastic bottle was an expensive product, because it lasted longer and it was lighter than glass bottle. When high-density polyethylene plastic was invented in early 1950s, it suddenly became a trend to beverages industry to put their products in plastic bottle.

Up until nowadays, almost every single beverage product is contained in plastic bottle, maybe except for wine and beer. The reason is because the elasticity and lighter weight of plastic bottle make the production and transportation cost cheaper.

Nowadays, plastic bottle has been one of the most popular containers in the world. Just like the data we told you above, there are around a million plastic bottles consumed every minute. Well, the reason is simply because they exist. 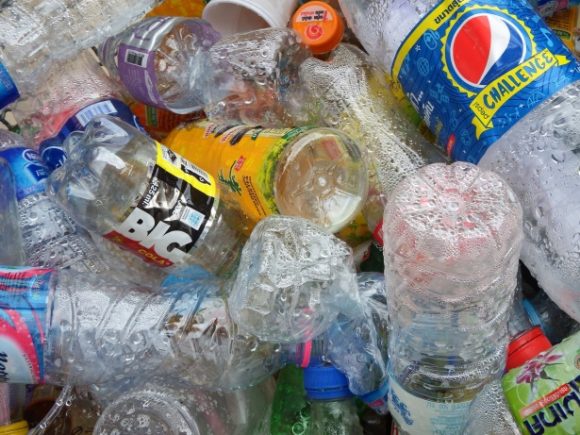 Looking on nowadays condition, it might appear like we have made a mistake to ‘entrust’ plastic bottle to contain our beverages. But that’s not always true. Don’t you know that there is some kind of ‘conspiracy’ in plastic-bottled water industry?

Decades ago, our parents would think it is weird to buy bottled water when we can easily find water everywhere. It is like, why do we even need to buy plastic-bottled water if we can easily rehydrate ourselves by drinking tap water? Have you ever thought about it?

In a book she wrote, Bottlemania, Elizabeth Royte quoted Pepsico marketing VP’s words in 2000. According to the book, the VP said to the investors: “When we are done, tap water will be relegated to showers and washing dishes.”

Another notable quote that she got from a Coke executive said that “Our vision is to no longer have our packaging viewed as waste but as a resource for future use”. The marketing war between the companies means nothing since they are actually fighting for one purpose: make bottled water a trend.

And as Polyethylene Terephthalate (PET) bottle development in 1989 took place, a trend of bottled water exploded. The compound is cheaper in production and lighter to carry than glass or older version of plastic bottle, making it both preferable for the producers and the consumers. 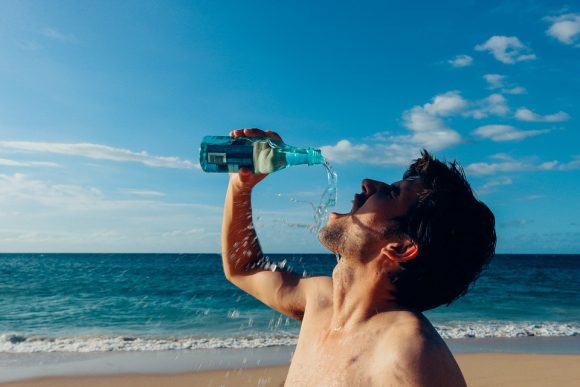 The development of PET plastic bottle wasn’t enough to tell people all around the world to buy bottled water, and drink from it. Thus, the mega companies needed another weapon to break the habits of the people who used to drink tap water.

What else would be an effective weapon if it wasn’t the 8×8 rule?  Well, 8×8 rule is telling us to constantly drink 8 full 8 ounce servings of water per day. How can we drink that much water if we don’t constantly bring water everywhere?

It indirectly tells that we indeed have to stay close with drinking water, and bottled water provides an easy solution for this. The rule makes sense though, because that’s the amount of water our body need to function well every day. But not all of they said is true.

“The control of hydration is some of most sophisticated things we’ve developed in evolution, ever since ancestors crawled out of sea onto land. We have a huge number of sophisticated techniques we use to maintain adequate hydration,” Irwin Rosenburg, senior scientist at the Neuroscience and Ageing Laboratory at Tufts University in Massachusetts told BBC.

The amount of water we need is not constant 8×8, and drinking it is not the only way we get water. The prove is that when the weather is hot, we drink more water and vice versa. In addition to that, we prefer to eat waterier foods too like fruit and vegetables that can be alternative sources of water. 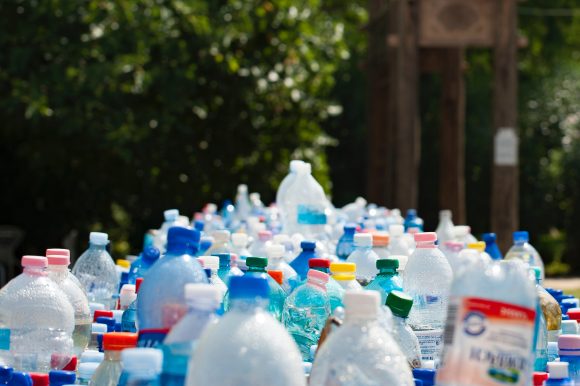 Bottled water is actually an agenda of ‘rather’ cruel conspiracy. For long we are forced to choose between our bodily functions and the environment by choosing to always consume bottled water or let our body dehydrated.

However, there is actually only one clear (and clean) answer:  we don’t need to drink plastic bottled water that much because it is both not necessary and harmful to the earth. We need a lot of oil to produce plastic bottle, and the product itself is harmful to our environment.

“An estimated total of the equivalent of 32 million to 54 million barrels of oil was required to generate the energy to produce the amount of bottled water consumed in the United States in 2007, according to the study, detailed in the January-March issue of the journal Environmental Research Letters,” according to an article in Livescience.

So, what’s the solution to this problem? If you want to stay hydrated all day, you need alternative sources of water, like from fruits and vegetables. If you feel you really need to bring water everywhere, make sure your container is not a single use container. And at home, make sure to drink tap water, either directly or boiling it first for hygiene reasons.