You are here: Home / Hello Earth / COVID-19 Is A Terror For Us, But Nature Might See It Differently

We are being caged inside our homes, just like caged animals in zoos. Number of victims is increasing day by day and it doesn’t seem to end immediately. Welcome to 2020, and this is (hopefully) the worst part of it: the COVID-19’s period.

We are being tortured by the condition that the virus brought to the world. Every single person in every corner of this planet is sharing the same feeling about this period. However, there is another inhabitant of this earth that feels otherwise.

It is the nature. The faction of plants and animals are on the other hand has become more well-to-do during this disaster. The reason is because unlike any other disaster, COVID-19 only attacks human and leave any other thing alone.

Nowadays, we have to stay at home and stop our daily activities. And while we are protecting ourselves from the attack, at this quiet time, nature takes over. Here are some examples of the takeovers happens all around the world. 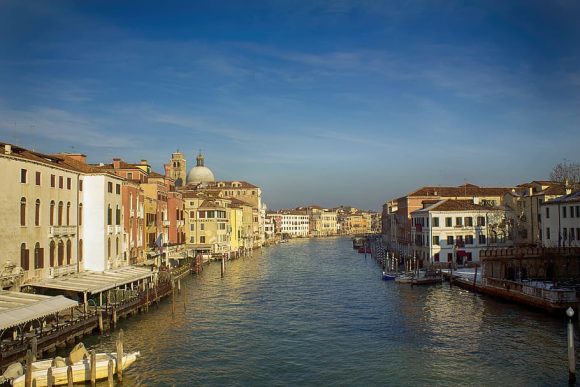 Italy records one of the worst cases of COVID-19 infection all over the world, and lockdown is the best decision they can make. Thus, no wonder that nature is taking over faster and more effective in that country compared to others.

Venice is only an example and only a small part of the country. We have deep sympathy for the victims, and huge support for the nature to thrive back. Having used to welcome up to 20 million visitors a year in Venice alone, the country’s regulation for a lockdown suppressed the number up to 0 during COVID-19 attack.

Gondolas are being docked and the movement of water only happens naturally now. No wonder the water is clearer and quieter. Swans are indeed seen swimming peacefully in the canals, and more fishes have been reported to appear.

With that condition, have you heard the news about how dolphins have begun to invade Venice canals? We have too, and it sounds beyond awesome. However, there is something we have to tell you about it that you might not like: it is a fake news.

Dolphins haven’t been spotted there, and there would not be enough people to witness it if it were true. However, there is still good news from the infamously canals city, which is the water is indeed far clearer than people have ever witnessed. 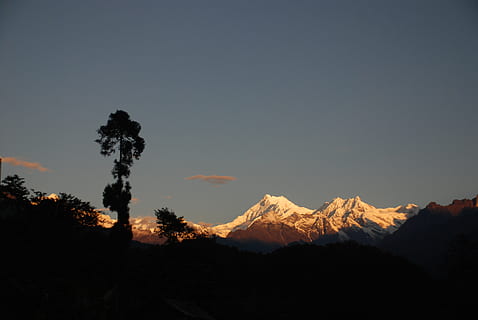 Nature is sure beautiful, and restoring its beauty is one of its characteristics. This period without ‘regular’ human activity means a period for nature to restore itself, including to restore its beauty. An example is the ‘lost’ Himalayan view.

India and Himalaya are pretty close to each other and it is not a strange thing that they should’ve been able to see each other. That’s what it was supposed to do, but reality is not that simple. For a very long time and heavy accumulation of air pollution, those close neighbors (only 120 miles apart) haven’t seen each other.

Talking about the best possibility, if you are on the top of Himalaya at night, you should’ve been able to see Indian city lights. Vice versa, during a clear day from India. And that’s what happening now, they can see each other again because of extreme reduction in air pollution.

“Himalaya mountains can be seen from Jalandhar since pollution has reduced in Punjab. Beautiful sight,” a tweet from Twitter account @covsinghtj. And apparently, air pollution reduction is not only happening in India.

China, being the epicenter of the disaster, has also shown similar result of reduced human activity. “This is the first time I have seen such a dramatic drop-off over such a wide area for a specific event,” Fei Liu, air quality researcher at Nasa’s Goddard Space Flight Center, said. 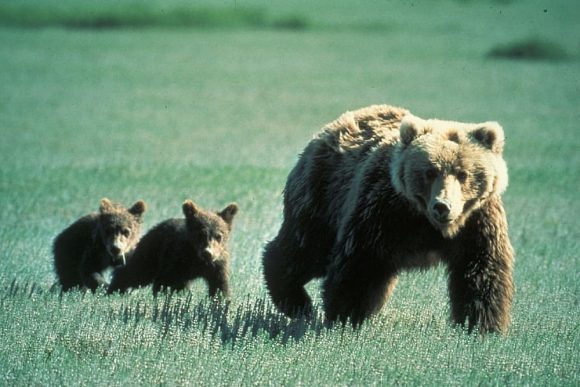 Yosemite National Park had always been a crowded place. However, since COVID-19 attack, it has always been a quieter place. Indeed, tourists are not allowed to visit it during this period for a better purpose, in which the nature is the only master there.

Since human’s presence is pretty disturbing and too loud for wild animals there, they choose to hide themselves as quiet as possible since a long time ago. Therefore, with the decision to close the park, they are no longer required to hide themselves in the shadows and can roam the park with all their heart.

“The bear population has quadrupled. It’s not like they aren’t usually here. It’s that they usually hang back at the edges, or move in the shadows,” said Dane Peterson, one of the workers in the Ahwahnee Hotel, located in the national park.

The closure of the natural park doesn’t mean that there is no human living in the area. Hotel workers and rangers are still spending most of their time at the area. Having dedicated their life for the nature in Yosemite National Park, the workers seem like they have blended with the surrounding nature.

As for now, without any tourist seem to come to the national park soon, they now become the only tourists that can enjoy the park. Some are spending their time hiking to Mirror Lake, some are exploring the trails, and some are just enjoying the view from their place.

Just Before The COVID-19 Attack 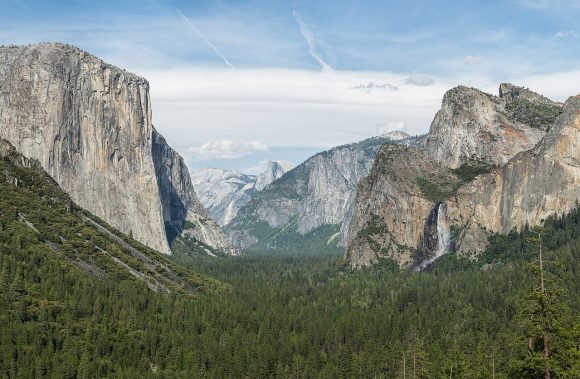 The attack of COVID-19 is truly a disaster for human being. However, in this case, nature might take another side of the pitch. Many evidences show that nature is not only healing the wounds we have cause, but it also has grown to be more beautiful in some cases.

Wild flowers are growing and blooming again at places we usually walk on, while animals can live more freely and peacefully. Not only that, even our mother earth is resewing its broken gown: ozone layer is healing at faster rate in this period.

However, it doesn’t mean that COVID-19 virus is the mere cause of those ‘positive’ things. Nature has always been restoring, repairing, and beautifying itself even before the virus spread. “It’s a result of a longer trend, because, if those species were declining, they wouldn’t show up even during the coronavirus lockdown,” Frans Schepers of Rewilding Europe told Forbes.

What’s the point? Yes, nature has always been restoring and regenerating itself even before the virus. But then again, our presence had been disturbing the process. “Animals will behave differently when everything is quiet and they will show up more easily close to cities and villages.”

But why does it look like things always seem to be worse and this quarantine period brings huge changes? The answer might be because we destroy it at faster rate than its healing rate. Stop doing something bad for nature is good enough, and we can start from now.