You are here: Home / The Species / The Stray Dogs In Chernobyl And How Do They Do

Chernobyl disaster that happened in April 25 1986 was maybe one of the worst disaster ever happened in the history. The explosion was said to release 100 times more radiation than atom bombs in Hiroshima and Nagasaki in 1945.

Until today, there is no human living in the Ukranian city of Pripyat because of that incident. At least 120,000 people were forced to evacuate the area and since then the area became uninhabitable by human because of nuclear radiation.

In the evacuation process, those people could bring only what they carried and told to leave their pets since pets were considered unnecessary. Because of that incident, thousands of pets were left by their owners in Pripyat. 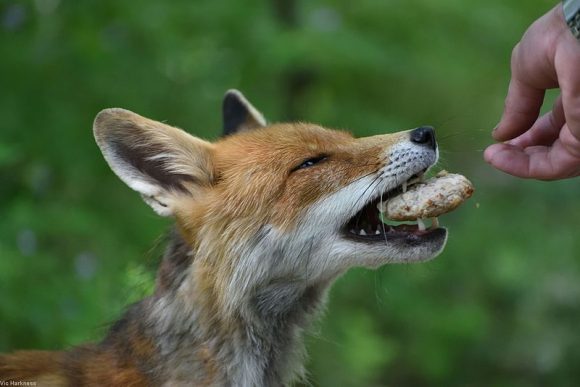 Many pets were left out in the area such as fish, birds, cats, dogs, even horses. Some of them which were caged died of starvation, some others escaped the cage and broke free. While the ones which were released roamed the dead town.

However, to avoid the spreading of radioactive contamination, squads were sent to Pripyat to kill those animals. Most of the animals were ‘successfully’ erased from earth, while some others were lucky enough to escape to the woods.

Those survivors were then forced to continue their lives as strays, no more human who will serve them the food and no more shelter for them to endure the harsh winter. They joined the wild animals that lived in the woods (such as foxes, moose, lynx, and wolves) around the area and followed the wild path.

The wild animals were actually also contaminated with the radioactive, but they were too fast to get by the squads. The “cleaning-up operation” was maybe the last time human kind in contact with those abandoned pets. And since then, the rest of the world lost track of how they continued their lives in the disaster area.

Now the incident has become a dark past in human history, but the story remains in memory – both our memory and the memory of those animals that survived the following massacre. Maybe those original animals that witnessed the incident have died, but their children are now roaming the area.

Naturally, the surviving animals reproduced to maintain the existence of the species. In this reproduction process, many baby animals were born. Those baby animals are now the inhabitant of Chernobyl area.

Among those second generation of survivors, puppies are the ones who get the most public attention. Not only because puppies are cute, we cannot deny it, but also because they are roaming around the area and got noticed by people.

Those dogs are told to have friendly nature to human and even willing to approach visitors who occasionally come near the 30 kilometers exclusion zone. Because of their friendliness, the puppies become another tourist attraction in Chernobyl remnants tour.

A local tour company Solo East Tour that often manage a tour to the exclusion zone often let the visitors spend some time to greet the puppies. Even though their parents might have some trauma with human because of being left alone in a chaos and hunted down by the squads, the puppies seem to show no grudge.

One of the Solo East tour guide, Nadezha Starodub said that the visitors also like them. “Most of the time people find them cute, but some think they might be contaminated and so avoid touching the dogs,” she said to The Guardian. 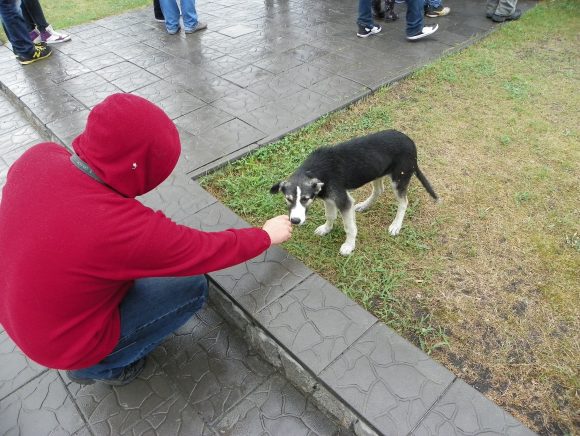 When linking the two factors, radiation and dogs, you might think that the dogs are born with some handicap or strange appearance. In fact, those dogs show no signs of any deformation in physical appearance, they look exactly the same as normal dogs.

However, even though those puppies seem as cute as normal puppies, actually those puppies are highly contaminated by radioactive radiation. They carry it in their fur and this contamination is bad news for them, since most of those puppies have less life expectancy.

The radioactive radiation shows similar effect to the dogs as it does to human: cancer and infirm body immunity. Experts stated that only a few of those contaminated puppies are able to live more than six years because of the contamination.

Knowing that those dogs are exposed to radioactive contamination, some visitors coming to the area choose to avoid them and ignore their approach. “Most of the time people find them cute, but some think they might be contaminated and so avoid touching the dogs,” said Starodub.

Starodub said that actually there is no clear rule saying that visitors should or should not avoid those stray dogs. Mostly it is their decision based merely on common sense. “Some guides are afraid of complaints, so they try to avoid the dogs to stay on the safe side. But I love them,” she said.

Health problem is the main concern if we are talking about those dogs, especially rabies, parvovirus, distemper, and hepatitis. And since they are possibly ‘contaminated by radioactive radiation, not everyone who feel bad for the dogs are willing to take care of the dogs.

However, some people from Clean Futures Fund (CFF), a Michigan-based non-profit organization that work on supports projects in Chernobyl, are providing the dogs the healthcare they need. The organization has set up three veterinary clinics for the dogs in the area.

One of the clinics is placed inside the plant for emergencies, providing vaccinations, and neutering. CFF estimated that at least 900 stray dogs and puppies are roaming the remnants, 250 of them live around the plant, 225 of them live in Chernobyl city, and the rest are roaming throughout the zone.

They may do good things, but sometimes, taking care of that much dogs with limited human resources is pretty hard. “I don’t think we’ll ever get zero dogs in the exclusion zone but we want to get the population down to a manageable size so we can feed and provide long-term care for them,” said Lucas Hixon, the co-founder of CFF.