You are here: Home / Hello Earth / Do You Know That Researchers Said Earth Poles Are Going To Flip?

Since birth, we are taught that ‘that way’ is the north, and the other way is the south, even every single compass in the world is also saying so. Imagine if this common sense is being flipped all the way around in a point of your life.

It may sound like a science fiction plot for you, but it is not a scenario from disaster movie. The possibility that the north magnetic pole and south magnetic pole of the earth to flip all the way around is pretty high, according to scientists.

A scientific monitoring has shown many signs that this phenomenon could happen any time in the future. And if this phenomenon ever happens, researchers said that humanity, and clearly any kind of life form in the planet, will face a big time of problems.

It Is ‘Pretty Common’ On Earth 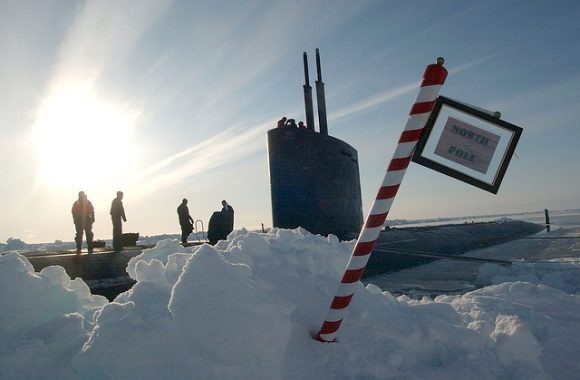 Although it seems like a plot of Armageddon, the flipping of earth’s magnetic poles is actually a ‘pretty common’ phenomenon. It has happened many times since the birth of this planet and actually it actually also happened to our brother planet Mars.

It would not be the end of the world, at least for the planet itself, but maybe the end of humanity. However, unlike global warming and climate change that we can actually prevent, human have less to no role in this play.

The main reason why the flipping happens is because of the changes which are going to happen in the core of the planet. The liquid metal core is going to swirl around in a revolution and the swirling activity results in electromagnetic currents.

This kind of revolution actually has happened many times in thousands of years range since the birth of the planet, meaning that our current north pole is actually once the south pole of this planet. Ancient rocks examined by researchers indicated the evidence of this thing to have happened hundreds of times.

How Long Before The Next Flipping? 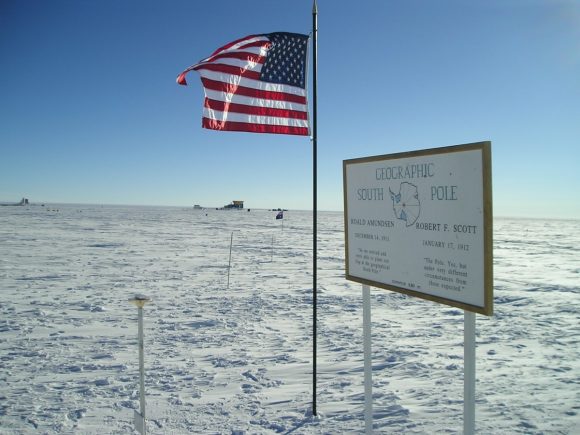 Researchers studying the earth have found that we are living in the age when this phenomenon would happen some time in the near future. Many evidences found by the researchers indicated that the next flipping is already underway.

First evidence is rapid weakening of earth’s magnetic shield. The magnetic shield protecting the earth from threats from outer space is weakening ten times faster than predicted. It’s gone weaker by 5 percent per decade according to data collected by European Space Agency satellite.

The second evidence of the magnetic pole flipping is the relentless activity of the liquid metal core beneath the surface. This activity shows that something is going to happen, because in its ‘normal’ state, the iron core is pretty stable.

Some said that the next flipping is going to happen in the blink of an eye. Yes, this is true if the measurement is the cosmic time, but that ‘blink’ would still take about maybe hundreds or thousands of years in or normal human time. Maybe.

The measurement is a little bit ‘unreliable’ if you know that scientific data found out the last time this phenomenon happened was about 780 thousand years ago. It is about thrice the predicted regular time which is about 200 or 300 thousand years. So, the chance that it will happen sooner than thought is bigger.

Talking about natural phenomena, we will be drawn to a specific topic which is the result of the phenomena. While in this phenomenon, the result and impact to our live is still debatable, because researchers found out two contrasting evidences.

The first evidence showed that the flipping of the poles happened about 780 thousand years ago. In that time, human life has developed on earth, and looking on our condition nowadays it means that humanity has survived this phenomenon once.

On the other hand, researchers found out that it may be the end of humanity. Particles like solar ray and other radioactive particles from outer space is constantly attacking out planet but we feel less to no effect from it thanks to the magnetic shield protecting our skins.

“What currently has geophysicists like us abuzz is the realization that the strength of Earth’s magnetic field has been decreasing for the last 160 years at an alarming rate,” wrote John Tarduno and Vincent Hare, of the University of Rochester in an article.

When the flipping happens, the magnetic field is going to get weakened as much as tenth of its usual strength. It will result in more unfiltered particles reaching the surface of our planet, and any kind of living organisms on the planet will be exposed to dangerous amount of radiation, which may result in global cancer epidemic.

Either That Or Just An Electricity Blackout

The prove that humanity has once faced such kind of phenomenon in the history makes many speculations about the result of the upcoming flip says that we are going to be okay with it. This opinion is supported by a research showing the impact of the flipping is ‘only’ a hole in earth’s magnetic field.

The hole that was created thousands of years ago might affect only a small part of human living in that age. And we have had a hole in our shield, the ozone layer, and we are still alive to this day. It makes the true impact of the predicted magnetic hole becomes debatable.

But at that age, human kinds were still just newly discovered fire. Compare it to our modern live where even teenagers cannot be separated from their phones and internet becomes our basic needs to live on earth. The upcoming pole flipping would deal much greater damage to our modern live.

The reason is because satellites flying above the earth, which play important role in our data-based life, will be exposed to the radiation. “The field no longer protects them from radiation which interferes with satellite electronics,” Tarduno and Hare stated.

“Were this to happen today, the increase in charged particles reaching the Earth would result in increased risks for satellites, aviation and ground-based electrical infrastructure,” Phil Livermore and Jon Mound from University of Leeds wrote in an article.

So, whether this phenomenon would result in global cancer epidemic or just simply a blackout (for the satellites), something is clearly going to happen when the poles of our earth flip. We can only hope that when this happens, we are advanced enough to prevent any negative impact caused by it.