You are here: Home / Eureka Green / Wait, Now We Are Trying To Save The Earth By Pouring Glass Beads?

We have to literally do anything we can to stop this global warming. And by ‘anything’, we mean every single thing, even though it might sound awkward or strange to do. Just like an idea initiated by Leslie Field, founder of Ice911.

However, not everyone is supporting the idea to cover artic surface with glass particles because some deemed it would be an ineffective method. So, how effective is this method in protecting our arctic ice from melting further?

Well, here in this article we are going to talk about this initiative, and some other similar initiatives.

What Happens To Arctic Ice

Even though it has been in daily environmental news, maybe some people still don’t know about what actually happens to arctic ice. Here, we will give you a brief explanation, and hope you will learn something new about it.

Arctic ice is melting at alarming rate, and the main reason why it does is global warming. Indeed, it is natural for polar ice to melt when surrounding temperature is warmer, and re-freeze itself when things get colder.

But what happens nowadays is, what has melted is not showing any sign of going back to its solid form. In contrary, the rate of melt is showing rapid increase day by day as the temperature of this planet is increasing slowly but sure.

There are many factors that can affect the rate of arctic ice melting because of increasing temperature. One of them is how reflective the arctic ice is to incoming sunlight. And actually, the reflectiveness affects the melting rate a lot.

When the ice is very reflective, a lot of sunlight would be reflected back instead of being absorbed. This reflection would cause the ice’s temperature stay low. While if the ice is not reflective enough, the heat would be absorbed and causes it to melt. 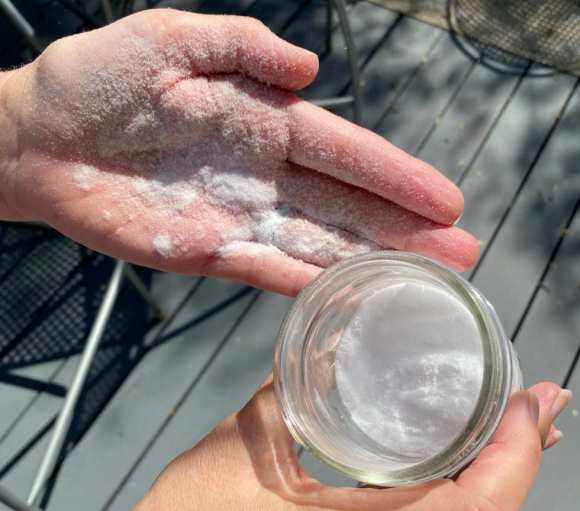 A group of scientists and engineers from Bay Area conducted an experiment to determine whether we can rise the reflectiveness of arctic ice artificially or not. In their finding, they came up with an idea to cover the ice with thin layer of glass beads.

The glass beads are made of silica, a compound made of silicon and oxygen. “We’re an awfully creative species, and we need to slow the climate-change clock. Technology like this gives us time to act,” said Leslie Field to Business Insider.

The tiny spheres are so small that with our naked eyes it would appear like fine beach sand. However, the tiny beads are highly reflective to sunlight, and can stick itself to ice and water on contact without attracting oil-based pollutants.

Field came up with this idea after “a very small experiment in buckets” in her home. She conducted the experiment by pouring the silica beads and measure how fast the ice in the bucket melt. She then compared the bucket with silica beads, and the one without.

The size of her experiment then grew to larger scale by conducting similar experiment a lake in Sierra Nevada mountains and a pond in Minnesota. She even made it grow bigger by bringing the microspheres into a lake near Utqiaġvik (Barrow), Alaska. From all of those experiments, she found out that indeed the microspheres increase ice thickness and reflectiveness.

Field, with her non-profit organization Ice911, aim to bring the result of her experiment into the real world. However, it is not an easy thing to do, since it requires a lot of funds, with an estimation of around $300 million.

That number is not for covering the whole arctic with the silica sand. Instead, the number is their calculation to pour the microsphere in just some critical parts of the region such as Fram Strait which lies between Greenland and the Norwegian island of Svalbard.

That’s just the number for creating the bead and some other technical costs. It doesn’t include the cost of labor, which will be needed to spray around 20,000 square kilometers with silica powder in one of the earth’s coldest regions.

Field hopes that someday her team would find a private donor to fund the mission. Big players like United Nations or World Bank would be suitable, because they can give the mission that sum of money easily if they want.

“It’s not chump change, but compared to other options it’s cost effective. It’s a matter of trying to prevent the horrific list of things, such as sea level rise, storms and so on, that will come from climate change. Things that will cost us trillions, not billions,” she said.

The Worries In The Glass Beads Mission

Leslie Field’s experiment showed good results, and now her concentration is to find a big player to fund her mission. One of the ways to get big players’ attention is to make her mission acknowledged as something huge in scientific world.

However, to get this acknowledgement, apparently, she has to fight another fight. Some scientists don’t thing that her mission will only give positive results without a backlash in the future. One of the worries is that the microbeads would end up clogging the ocean.

“It’s just going to clog up the ocean and mess with the ecosystem,” said Cecilia Bitz, an atmospheric scientist at the University of Washington and a specialist scientist in Arctic sea ice.

Field already has her counter to this argument, saying that she has tested silica ingestion in animal species and it didn’t give any ill effects to at least two species tested: sheepshead minnow fish and northern bobwhite birds.

Another worry comes from biologists who are concerned that the beads would block sunlight from photosynthesizing planktons.

Field knows that her glass beads mission would face such kind of worries, and that’s why she still insisted that her mission is not the final solution to climate change. It is just a mission to buy us more time to reduce our carbon emissions, or as she said it is just “the backup plan I hoped we’d never need”.