You are here: Home / Hello Earth / How Can Eating Meat Supports Climate Change And Global Warming?

Since the stone ages humans were trained to eat meat, thus nowadays eating meat is like a tradition which has been flowing in our blood since we were babies. But as we grow older we learn about vegans and vegetarians, people who avoid or at least reducing the meat consumption.

The point is not how many “trees” they consume to replace nutrition from meat, it is how the cattle ranch affect the earth. And yes, in some ways, reducing the meat consumption will help you to protect the earth. Here we will explain how it works.

From A Forest To A Farm 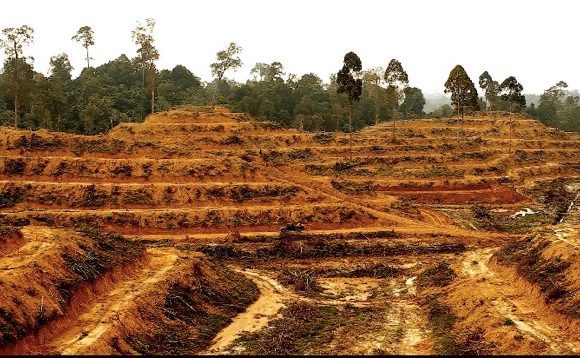 Surprisingly, animal agriculture ranks the second biggest cause of global warming. The long chain of process in meat consumption contributes to between 13% to 18% of the greenhouse gasses emitted to the atmosphere of the earth.

Thus, animal agriculture has pretty big impact to our earth, there are many processes in establishing an animal farm that affects the temperature of the earth. The first is deforestation for pasture land expansion and crops plantation to feed the animal.

Pasture land usually requires wide area of land, although sometimes the animal population in the farm itself is very dense. This is because the more animal is in the farm, the cheaper per-individual cost for the farmer, like the feeding cost and manure processing cost.

We also have mentioned before how soy production in brazil could result in mass deforestation of Amazonian rainforest. And apparently, that happens all around the world, because of the high demand from animal agricultural activities.

Less trees on earth means less oxygen and carbon dioxide exchange in the atmosphere. Overall, the industry itself is responsible for about 10% of human-caused carbon dioxide emission that contributes to the global warming happening nowadays.

Your Steak Harms The Earth 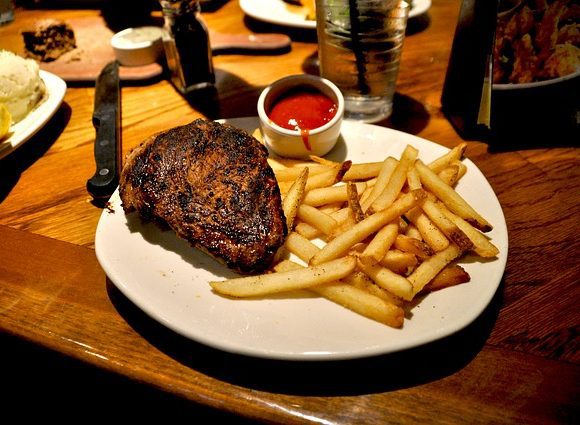 The process of making a pasture land is not the only reason why animal agriculture can be bad for earth. Animal farming activity itself also contributes greenhouse gasses greatly. In example, the manure of livestock in animal farms all around the world contributes to 65% of human nitrous oxide emissions.

Methane is another greenhouse gas produced from animal manure. Livestock sector is contributing more than one third of human-caused methane emission. And for your information, methane is 20 times more potent than carbon dioxide in causing greenhouse effect.

You might think that the methane contribution is equally spread among any kind of farms. But no, it is not, cattle farms are the single contributor of methane unlike chickens and pigs. Beef farming, simply saying, is also the most harmful kind of farming among others.

However, beef is still the most favorite meat to be consumed all around the world, because of its “luxury”. Most of the most successful food franchises in the world are offering beef meat in their menu, and the number of consumers they have is also enormous.

That’s why, nowadays, the number of cattle farms keeps on increasing all around the world, because the demand of this kind of meat is also high. And as the number of human living on earth keeps adding on, the amplification of beef meat requests will keep on going. 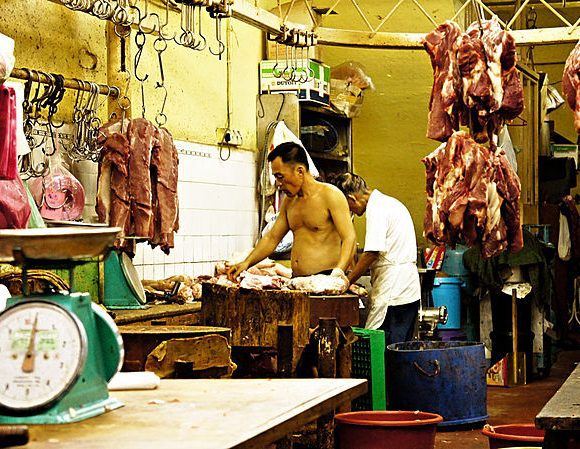 Looking on the effect of animal agriculture to earth, maybe some of us wonder why such harmful practices are still running on earth. The answer is because the “hazardous” activities will give you easy money, compared to other eco-friendly activities.

The cost of deforested lands is usually cheaper compared to other kind of lands. Eco-friendly manure processing methods require the companies to spend more money. And conventional cattle farming methods will give you less meat in longer time, which means less money for the capitalists.

No wonder some people reduce their meat consumption in order to save the earth. Less consumption of meat will cut the long chain of meat capitalism starting from the consumer side. However, this kind of effort is a long and winding road, since it needs worldwide consciousness to give desirable result.

Majority thinks that switching to veganism and vegetarianism is a huge commitment, thus they think that they are not ready yet to do it. However, you don’t need to be a full-time vegan or vegetarian to give such impact.

Saving Earth While Saving Yourself 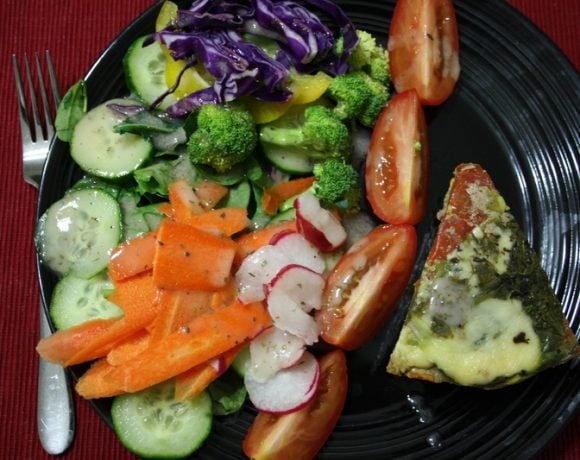 A group of scientists from Oxford Martin School showed that just by cutting the meat consumption to within accepted health guidelines will give much more impact to the greenhouse gasses emission than expected. Let alone committing to switch into veganism and vegetarianism.

“Imbalanced diets, such as diets low in fruits and vegetables and high in red and processed meat, are responsible for the greatest health burden globally and in most regions. At the same time, the food system is responsible for more than a quarter of all greenhouse gas emissions,” said Dr. Marco Springmann, lead author of the study as quoted from The Guardian.

The study stated that obeying the health guidelines will contribute in cutting the global greenhouse emission as much as one third by the year 2050. While converting to vegetarian and vegan will give much bigger impact, cutting down the amount of food related emission by 63% to 70% respectively.

“Linking health and climate change in challenging our eating habits could have more effect than focusing on each of these issues alone,” Springmann said. “Adopting healthier and more environmentally sustainable diets can be a large stop in the right direction.”