You are here: Home / Eureka Green / When Car Is Safer Than Bike, What’s The Best Transportation Method?

We need to move from one place to another to protect the earth. We need to get moving to deliver our aspiration to the ones who should listen. But with current condition, what kind of transportation method that we should use to make sure our mission is completed?

Our current transportation methods are indeed still too dirty because most people still depend much on fossil fuel. However, it doesn’t mean that we don’t have options such as using ‘less dirty’ public transportation, vehicles running on renewables, or simply just going by bike.

Nevertheless, we have the options to make our movement greener, but what about the safety? Is riding a bike or going on the bus is safer compared to driving a car? If yes, then it means our safest transportation is also the dirtiest one.

But what if it is a no? Let’s talk about how safe our ‘greener’ transportations are compared to driving fossil-fueled cars. 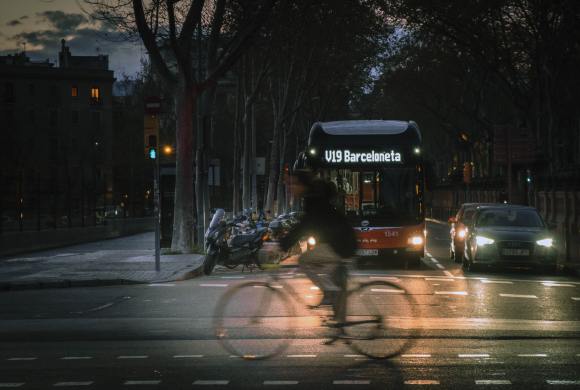 Getting around the city in cars sure is convenient, because we are protected both from the heat and the rain. We also need not to worry about dust particles flying around the road or worse the bad air quality along the way.

But cars are dirty, especially the ones running on fossil fuel, and they even contribute to the bad air quality we hate during our trip. Oh, we forget to mention that what we are talking about here is fossil-fueled cars in general because it is the most common ones.

Anyway, the question is whether the convenient and safety of cars can outweigh the dirtiness? Cars are huge contributors of air pollution, emitting a lot of both carbon monoxide and carbon dioxide, which makes around 90% of cars environmental impact is from fuel consumption.

Still, we cannot deny that most of us would prefer riding a car instead of commuting or riding a bike for the sake of privacy, convenience, and the thought of having control in where you are going. The problem is, majority of people are having this kind of preference.

As a result, we are having human-induced global warming nowadays. Our own choice has caused so much havoc in the environment that even caring for the environment has become a cutting-edge trend for some people only.

The Greener But Risky Transportation 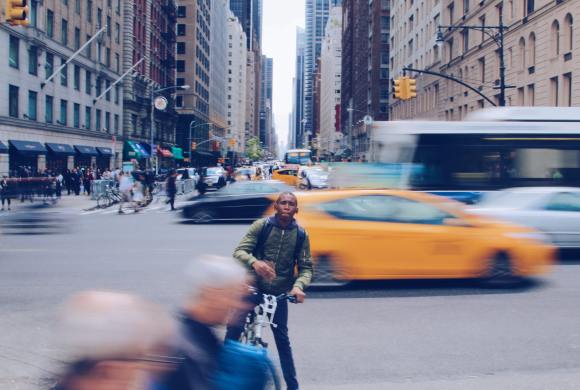 And after talking about the dirty yet convenient transportation, let’s take a look on the other side of the board. We have bike which is a greener mode of transportation which saw a rise in usage since the Covid-19 strike not a long time ago.

Bike is so eco-friendly that it literally runs on green juices, salads, and even pizza. The only fuel we need to operate a bike is the fuel that we also use to wash dishes, watch YouTube, or think about conspiracy theories which is food.

The problem is, bicycle is not the safest mode of transportation exist especially for those who live in big cities where biking lane has not been introduced yet. In this case, often times the bikers have to share the road with more fast-paced vehicles like cars, trucks, or motorcycle.

This is where the comparison between car and bicycle should be taken seriously.  Why should we choose the dirty one if we want more convenience, and have to risk ourselves if we want to go with greener vehicle? 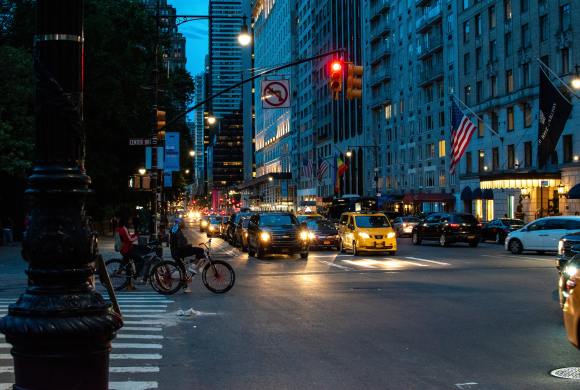 As mentioned above, the problem here is that the greener transportation method is not the safest and most convenient one. This statement is supported by a data: you have to ride a car for 330 kilometers to have one in a million chances of dying, and only around 47 kilometers if you ride a bike.

What the bikers need are protection from impact with bigger vehicles and protection from pollution. Underdeveloped infrastructure for biker convenience and safety is the main reason for such huge number of accidents involving bicycle.

Because driving a car is safer than riding a bike, it is no wonder that many people choose to ignore the safety of this planet for their own. We are indeed pretty egoistic creatures after all. However, with the advancement of technology nowadays, we can make some tweaks to create the win-win solution for both of us.

The answer is renewables-fueled cars that can both give us the convenience and safety, while it doesn’t contribute so much on the global warming. One of the examples is electric car which can be connected to solar panel for charge.

The problem is, electric car is still not the cheapest option for those who want to go green with their choice of transportation. Look at the price of Tesla cars and compare it to conventional cars we usually find on the road. Biking is still the cheapest and greenest option out there. 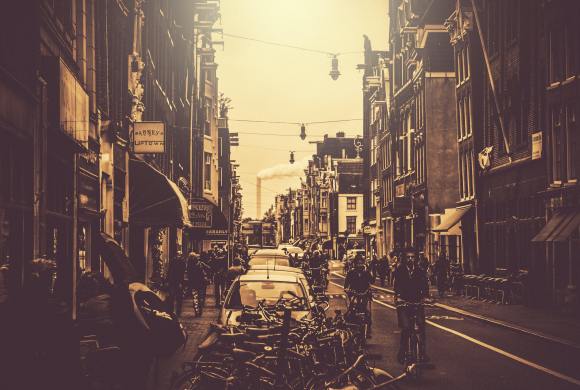 Talking about using bike as the main transportation, we should look at the city with huge usage of bike as city transportation: Amsterdam. Even Amsterdam is called as the bicycle capital of the country, even the world.

One of the best reasons is because Amsterdam is equipped with elaborated network of cycling paths and lanes like most cities in Netherlands. It all began with traumas and rising number of accidents since the sudden increase of fossil-fueled vehicles around 1960s.

“I was a young mother living in Amsterdam and I witnessed several traffic accidents in my neighbourhood where children got hurt,” said Maartje van Putten, former Member of European Parliament. “The streets no longer belonged to the people who lived there, but to huge traffic flows.”

Stop de Kindermood protest started to grow since then, and sparked more actions to reduce the traffic accidents by promoting the use of bike. The government listened and took immediate actions to fulfill the people’s voice.

Afterward, more and more infrastructure supporting bicycle was built and as a result the country has a total of 22,000 miles of cycle paths. Safety is the main concern here, and that’s the target that we should be aiming for.