You are here: Home / Hello Earth / The Biggest Mystery On Earth: What Is Living In The Deep Sea?

People say that we have mapped the sky more than we have done to the ocean. Indeed, this is true, the ocean is still the most mysterious part of earth. The efforts we made, to unravel the mysteries that it’s been keeping a long time, were done. But the more we try, the more questions come to us.

All this time we can only wonder what lies underneath. And from the wondering, wild speculations from phenomena happened in the ocean appeared. Thus, mythical creatures were born, whom scientists do not believe in and try to myth-bust from ocean exploration.

Ocean covers most of earth’s surface but a little we know about it. Researchers have long showed their interest in the ocean to explore it and tried to tame it for our greater good. However, even the most successful exploration still couldn’t do much about it.

The History Of Ocean Exploration

The earliest efforts to know the ocean can be addressed to the Vikings. They used some kind of weight with a hole and attached it to a long rope. This weight functioned as a net that swept the ocean bed (or what they thought as ocean bed) to collect the specimens caught in the hole.

Using that tool, the Vikings tried to find the depth of the ocean and what kind of creatures live in the depth. This effort is said to be the beginning of many explorations done by the scientists up until now.

Another notable earlier effort to know the ocean better is the invention of submarine in seventeenth century by a Dutch architect Cornelius Drebbel. This invention is the greatest tool to explore ocean that is still used until now.

In eighteenth century, French scientist known as Pierre-Simon started modern sea exploration by accurately calculated the depth of Atlantic Ocean. He based his calculation on the tidal motions from Africa to Brazil and found out it is in average of 13,000 ft depth. 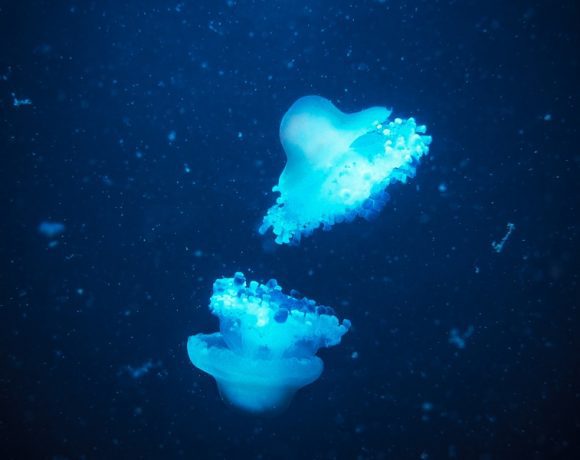 In that era, there was a theory called Azoic theory that said there was no life existing in the deepest regions of the ocean because it was so inhospitable. And the exploration totally debunked this theory by finding 4,417 new species from the depth.

The finding of HMS Challenger exploration strengthened the evolution theory brought up by Charles Darwin. The result of the exploration showed that even in the most inhospitable region on earth creatures could adapt and evolve to survive.

The weird creatures found from the depth also showed human that maybe the deep ocean is so safe from changes that the creatures living there were like living in time capsule. Yes, because the species found may have remained the same since the creation of earth looking on their weird figures.

Researchers Are Struggling For Sea Exploration 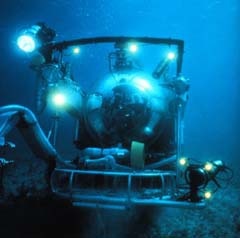 Sometimes in the news we may hear weird creatures from the ocean was found dead or alive and their figures are out of this world. Those news strengthened the fact that weirder creatures may exist that we haven’t discovered yet.

This speculation tickles the curiosity of researchers and that’s why up until nowadays the effort to conquer the ocean is still on. However, it is estimated that only one up to five percent of seabed that has been explored. It means that the possibility to find even weirder creatures is so high.

Another fact that we face is that the cost to develop the tools for sea exploration is so expensive. That’s why most countries in the world tend to choose the option to explore space than the sea.

Like mentioned above, the creatures living in the deep sea usually have out of world appearance. From discovered creatures, we found some unusually shaped fishes and aquatic animals like frilled shark, colossal squid, angler fish, Macropinna Microstoma, and some other kind of deep sea creatures.

Those creatures give different image from ordinary sea creatures that we usually find on the surface. That’s why, more primitive people who lived earlier before the official exploration who found that creatures made up some stories about sea monsters.

The lack of knowledge about deep sea creatures and phenomena then brought forth some lay speculations. There were may mysterious signs and remains of giant creatures that are said to be the work of sea monsters or the sea monsters itself.

There are many cryptid creatures and myths created by human imagination from logically indescribable incidents in the sea. The famous ones are such as the “Bloop”, the mystery of Bermuda triangle, the existence of Atlantis, sea monsters like Kraken, Leviathan, SCP 169, and even the sea god Cthulhu.

Those are just the fruit of our lack of information about the deep sea. And if someday we finally tame that most mysterious part of earth, we may find that those all are just misnaming of logically explainable creatures or situations.

The question is will we be able to unravel the mystery? Someday, but not now. The thirst of information about how is the real condition of the deep sea is still lingering on the researchers’ throats. And until then, we can say that those creatures and myths are just speculations.

Maybe Atlantis, Kraken, SCP 169, and even Cthulhu do actually exist, or maybe those are just another kind of fictional folktales, nobody knows until we successfully conquer the mystery of the sea. But for now, we just have to deal with our curiosity about the most mysterious part of this world, the deep sea.