You are here: Home / Eureka Green / United Kingdom Is Serious About Going With The Wind

Using the power of wind is free since you don’t have to pay any money to anyone for permission to use the force. It can eliminate the cost of resources and the only times you need to pay something are when you are building the windfarm and doing maintenance.

Aside from the nature of wind which always blows at any time of the year, the constant existence means that this source of energy is renewable. We don’t need to worry about running out of wind because it is a natural occurrence that will still exist until the atmosphere vanishes.

Based on those facts, windfarm is considered to be one of the most efficient energy generator. In fact, wind energy is a big hip nowadays since many countries are starting to see it as an alternative to fossil fuel.

United Kingdom (UK) has proved that the power of wind can contribute as much energy, more if based on 2017 data, as other sources. And maybe that’s why the country has been developing offshore windfarms all over the country.

UK maybe has some kind of obsession in farming wind power, new data shows that the country has built as much windfarms as the rest of Europe combined. But that fact doesn’t stop them to build even more. 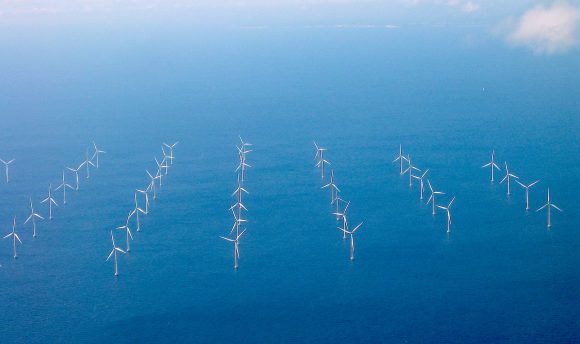 UK’s windfarms are getting bigger time by time and apparently the windfarms told to be not the only thing that will get bigger. The turbines are also going to get bigger, some say that it would be as large as Shard, Europe’s tallest building.

In total, there are at least 500 new turbines already planted offshore in the country, contributing to at least 3.95 terawatt hours of power in just three months. It means that UK contributed 53% of Europe net 3.15 GW capacity of new windfarms.

And as stated before, planting offshore windfarm is a trend among Europe countries. The number of windfarm in Europe last year grew to 25% and it was a “pretty spectacular” growth according to WindEurope’s chief executive, Giles Dickson.

We can see that from how European countries decided to ‘try’ this energy generator. France decided to plant one turbine offshore, Norwegian oil firm planted world’s first floating windfarm in Scotland, and Finland built a windfarm that can withstand frozen condition. 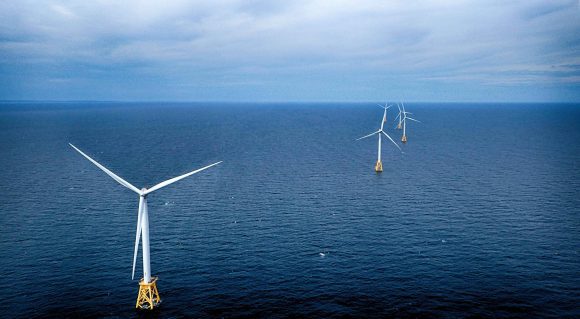 The rising trend in using wind energy is likely because the cost of building new windfarm keeps on getting cheaper and cheaper. Based on The Guardian, developers are now focusing on building bigger turbines which would at least contributes to 8MW each.

Cumulatively, the total capacity of offshore windfarms is 15.78 GW. And in the year 2018, developers are optimistic that many records will be broken since people’s enthusiasm and awareness toward the renewable energy is also rising.

UK government itself has also shown some supports toward the development of wind energy. The government’s auctions to the price of power are very supportive to the developers and even in 2017 the price fell to record low.

Not only for wind energy, the government of UK also stated that they plan to do some supportive acts toward small scale renewables. The project will target solar panels on household and business rooftops.

However, the plans to encourage smaller scale of renewable energy has not been revealed to public, and this uncertainty is hitting the confidence of investors. However, once the plan is revealed, the country is predicted to make another breakthrough. 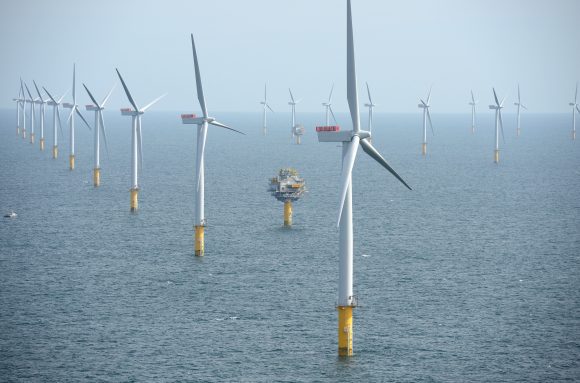 One thing for sure about the increasing development of wind power in UK is the contribution to the country’s need of energy. Data showed that wind energy has beaten coal since the closing of three major coal plants in the country by near margin.

In 2015, coal could only contribute to 9.2% of total energy generated by any means, while wind energy contributed to 11.5%. And as the number of new windfarms being developed keeps increasing, the margin gap keeps growing.

Green groups even described it as a ‘fantastic news’ since this is the first-time coal electricity output hit the lowest bottom in 80 years. Climate analyst Carbon Brief also said that this could be a milestone in finally diminishing unrenewable energy.

“At the broadest level, the UK grid is changing as centralised power stations are joined by thousands of smaller sites, particularly renewables, as part of efforts to decarbonise electricity supplies,” stated Simon Evans, policy editor of Carbon Brief.

This is a giant leap for the country to reach its plan to phase out coal energy by 2025 and to meet its carbon target. The ministers also stated that they expect the last coal plant to stop operating in five years since the unrenewable source of energy has become uneconomic. 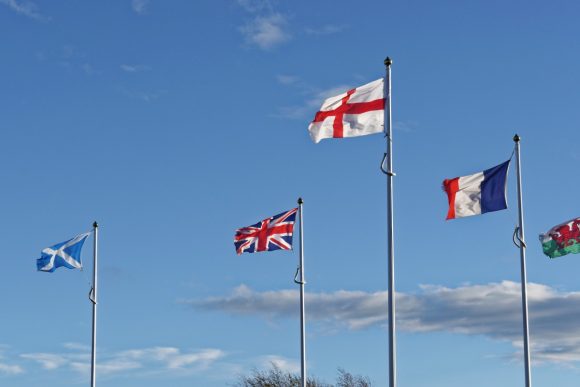 UK is not the only country to have special obsession with windfarms, actually, there are many other countries are stating themselves as UK’s competitors such as Dutch, China, and of course the big Uncle Sam’s country itself.

Known as the country of windmill, Dutch doesn’t want to let the country being far behind in capturing the wind power for electricity too. They want to create 2.3 miles artificial land to support the world’s largest windfarm by 2027.

China also seems to put its name as one of the most advanced country in renewable energy farming. The country’s Gansu Wind Farm is currently the biggest onshore windfarm in the world which is projected to contribute up to 20 GW by 2020.

And United States of America is already underway on building giant windfarms to power the country. Block Island Wind Farm, North America’s first offshore windfarm which has already operating apparently is successful in shutting down a diesel plant.

So, looking on the trend, we can expect that someday the world is completely dependent on renewable energy such like windfarms. The only question is ‘when’, and the answer my friends, is blowing in the wind.

Wind Turbines: The Good and The Tricky Parts of This Green Energy