You are here: Home / Hello Earth / Wasting Food Is Another Way To Harm The Planet

Most of us eat every day, and many of us are constantly eating nutritious foods three times a day. Eating, or consuming nutrition, is indeed one of our basic needs that we need to fulfill every day. Most of the time, the needs for nutrition is spoken by our body by feeling hungry.

Food industry is also one of the biggest industries in this world, with having its billion dollars tags for decades. The problem is, our current food industry is not the most efficient industry. We produce a lot of food waste all over the world.

An estimated one third of global food produced is going to waste, and it means that there are only two-third of it that we globally consume. The thing is, to produce that much food, we need to sacrifice so many resources.

What’s the problem with global food waste? Can we do something about it? Here in this article, we are going to talk about it.

As mentioned above, one third of food we produce globally is going to waste. While on the other side, we stumble upon more and more news about rising world hunger. Can you see the irony here? We throw away food instead of sharing it with those who need it most. Are we even human?

But that’s not the final number, because researchers predicted that the condition may be even worse in the future. When the total population of this earth is closing to 10 billion people, we will have less and less land to grow our foods.

If we keep on wasting one third of our global food production, it means that there will be more people starving. Let alone the calculations about whether or not we fulfill the demands for their tummies even if we don’t waste food.

That’s the problem we face if we waste ‘only’ one third of foods produced. While another research found that we actually waste about 50% of edible and nutritious matters with current practice and habits of consumption.

In example, some people like to peel their apples, in which the peel contains some amount of nutrients and energy. Yes, our food waste problem may start from such minor things, while bad distribution practice and aesthetics play the major roles in this problem.

The Food We Don’t Want 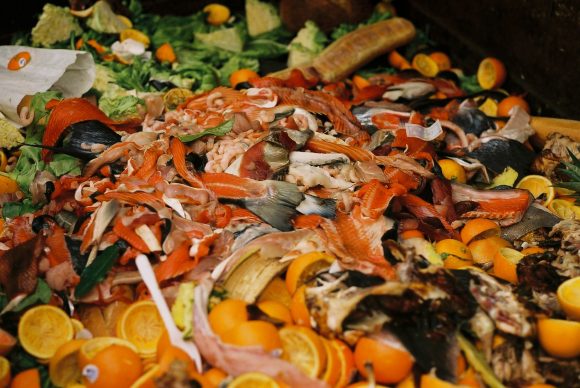 As mentioned above, bad distribution practice, preference, and aesthetics usually play the major part in global food waste. How can? Even though we seem like ‘normal’, but we are actually choosy about our food. You don’t believe it?

We are also choosy about the ‘birthday’ of the foods. Those that are near the ‘best-before’ date, often removed from the counters and being either thrown away. We all also often discard such kind of foods from our refrigerators, because we just forget that they exist.

Same thing also happens to leftovers. Many times we just discard our foods because they no longer satisfy us or we just feel too full. Data found that there are large quantities of leftovers being thrown away every day. 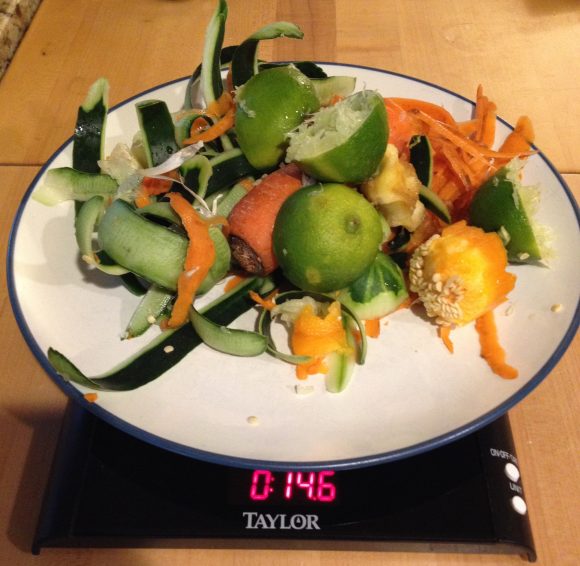 The problem with our food waste production is not only about how unfair it is to people who are starving all over the world. This is also a waste of resources since to produce the food we prefer; we need to sacrifice a lot of other resources.

Land and water are part of our biodiversity and ecosystem, meaning that when we use it, we also sacrifice the importance of those resources to other organisms. Thus, not only we spend our resources, we also take away the presence from others that need it.

Wasting foods means we also waste not only the resources, but also the sacrifices that the other organisms made. By minimizing our food waste, meaning we efficiently produce and consume foods, we can minimize the wasted resources.

Roughly said, we can minimize the extinction threats. We are talking about critical threshold or tipping point of the nature’s regeneration rate. In this case, efficiently consume and produce foods will help this planet to heal itself from the destruction we cause. 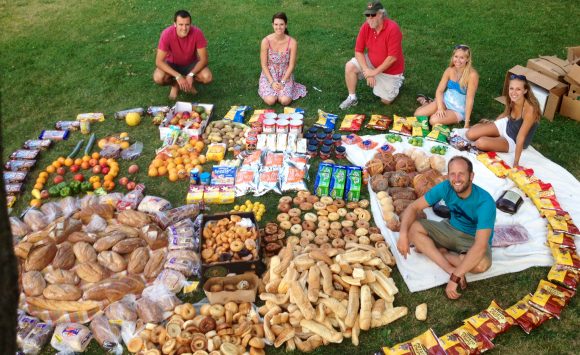 Minimizing food waste can be done in so many ways. One of them is by “throwing away our waste into alternative trash bins”. We have talked about The Real Junk Food Project, in which the purpose is to minimize food waste by ‘consuming’ the waste itself.

The Real Junk Food Project is the alternative trash bin for our waste. The junk in this case is not rotten nor dirty food whose place is in composting bins.  What’s called ‘junk’ in this story is ‘ugly’ food that cannot be sold for cosmetic reasons or just unused ingredients.

This project is concentrating in collecting food from supermarkets and other kinds of food distributors which is going to be thrown away, and then make use of it. It is then sold in ‘pay as you feel’ cafes as proper meals.

“The cafe starts from an environmental stance, to stop all this food going into landfill, and the social element of people coming together to eat and chat comes out of that,” said Chrissy Weller, the owner of one RJFP café in Twickenham.

Global food waste is a problem we face nowadays, and it might lead to bigger problems in the future if we keep the bad habits. There are a lot of solutions to this problem, and we can start from our own plates tonight. Saving the earth never been this delicious, isn’t it?