However, Henderson island is an anomaly. The uninhabited island located in the south Pacific Ocean is full of trash. Clearly that’s not the sign of civilization, but rather the sign of our uncivilized acts of littering the ocean.

How can a remote island become full of trash without any single human inhabiting it? How can we kill thousands or millions of creatures around the island without even leaving our homes? How bad is the situation in Henderson Island?

Here in this article we are going to make the answers clear. 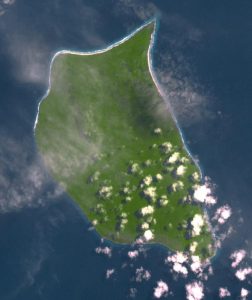 Henderson Island belongs to Pitcairn Island chain, one of the largest protected area in the world. Why is it even protected? Because there are so many important members of ecosystem inhabiting the area. Well, by ‘important’ we mean there is no human is living there, though.

Even commercial fishing and mining is illegal in the area, meaning that it has to be left untouched by human hands. The area is intended to be a sanctuary for birds, coconut trees, coral reefs, and many other non-human organisms.

There are four endemic land bird species currently known to live there. They are fruit dove, lorikeet, reed warbler and the plucky flightless crake. They lived peacefully in the 9.6 by 5.1 kilometers wide island full of vegetation.

Henderson Island is also considered the world’s last two raised coral atolls where the ecosystem remains unaffected by human presence. The only humans to ever legally to visit the island were only Pitcainers in 20th century and researchers who went through long process of applying permission to go there.

Many people have visited the island illegally or accidentally, such as Robert Tomarchin from United States who lived there for two months accompanied by a pet chimpanzee in 1957. However, he did it for publicity stunt. 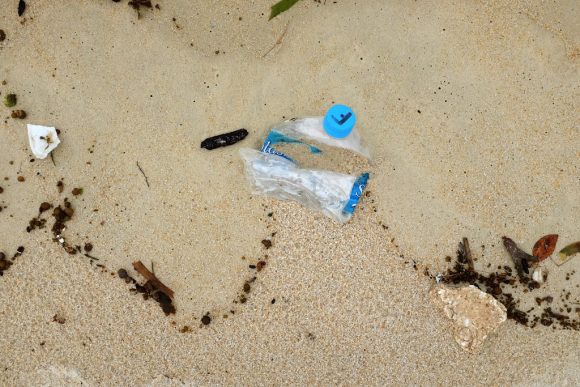 Well, with almost no human ever legally visited the area since it was declared as protected, you will be surprised to know how much trash is collected by the island. An estimated of 18 tons of garbage of plastic has been found lying along 2.5 kilometers of the East beaches.

Where did all that garbage come from? That many amount of garbage is the accumulation of washed away plastics in Pacific Ocean that found a way to get to the island’s shore. The problem is, it keeps on accumulating even when you are reading this.

Researcher knew only a little about the origin of those plastic pieces because of the isolation of the island. That was why, a team of researchers and conservationists, along with two journalists, decided to collect the garbage for scientific purposes in June.

The group collected a total of 6 tons of plastic garbage. It consisted mainly of plastic bottles and bottle caps, fishing buoys, toothbrushes, and plastic containers. The group assumed that about 60% of the debris are accounted for industrial fishing.

Not only that, they also found toilet seats, laundry hampers, and many more kinds of plastics. “It takes a lot of time on your hands and knees just shuffling through to grab it all,” Brett Howell, United States environmentalist who led the cleanup project stated to The Guardian. 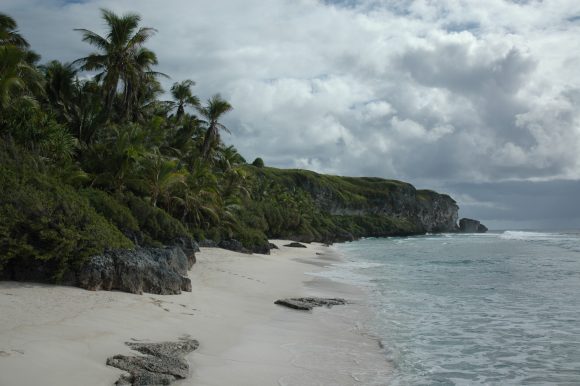 It was not the first time that researchers found plastic debris in Henderson Island. Marine scientist in University of Tasmania, Jennifer Lavers, visited the island for the purpose of rodent eradication plan. She virtually strolled along the beach using Google Street View to find signs of rodents.

She was shocked that instead of rodents, she found more plastic pieces on the island. It reminded her of her previous study in French Frigate Shoals, where she witnessed a dead bird was surrounded by plastic waste which was seemingly collected by the bird.

“Remember looking at the plastic in the middle of this remote island – we were five days by boat from the nearest city – and seeing the birds die and bringing up all these toothbrushes and bottle caps, thinking where did it all come from?” she stated.

“So, I wanted to do research into plastics from that point on and figure out what species were being harmed. That set me off on this course, this trajectory,” she continued. She finally made it to Henderson Island and witnessed what actually happened to it.

“You kind of have to stand in awe at where you are and the fact that so few human footprints have ever fallen on this bit of land before you. And then you take 20 steps to your right and as you walk the amount of plastic builds, and it builds rapidly,” Lavers said. 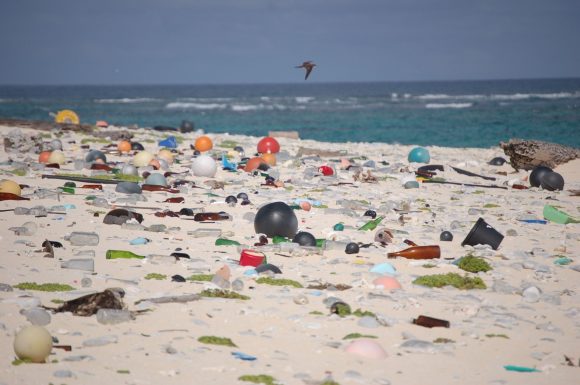 Back to the cleanup project, the group discovered that what appears to be the problem is just the tip of iceberg there. During the cleanup project, researchers found there are in total 909 bottle caps. Briggs and British recycling expert James Beard was the one responsible for weighing and counting the waste.

The amount of bottle to suit the caps, and the logic of that bottle caps can travel (float) further than the bottle itself bothered them. So, what actually happened to the bottles? “My guess at this point is that the PET [polyethylene terephthalate] is heavier than the plastic lids, and they sink,” said Beard.

Not only that, researchers also suspected that some of the bottles have been buried in the shore’s sandy beach and break down into smaller bits. Maybe some of them have even become microplastic or maybe smaller pieces called nanoplastic.

More eerie discovery made was when they found a single pesticide container upturned on the beach held the corpses of 500 creatures. Most of them are hermit crabs that climbed into the container, became trapped, and starve to death under the scorching sun of Henderson Island.

“If this isn’t a wake-up call that we need to change our global supply chains, get to a circular economy, I don’t know what is,” said Howell.