You are here: Home / Eureka Green / Is Biodegradable Littering Okay? It’s Definitely Not and Here’s Why

More than usually, we condemn people who throw away plastic or other non-biodegradable stuff outside the proper place a.k.a trash can/bin. At times, we still feel indignant to people who litter organic, biodegradable litter but we tolerate it because at least those things will fade away naturally. Or, squirrels, birds, and trash pandas might find them and they’ll be happy.

Littering is not okay either ways, but apparently, we can’t or mustn’t tolerate biodegradable littering either. You can usually find that banana and orange peel or apple cores somewhere on the ground and the people who throw them away must think like I mentioned before. Well if you find it now, it’s better to help the environment by taking it and reduce your carbon footprint, put it in the right place, and wash your hands.

Bananas, oranges, apples, all kinds of food and fruit do biodegrade, but you have to remember that it doesn’t happen instantly. I mean, you know that manual composting takes a little while.

If food and fruit biodegrade overnight, then something beyond our knowledge must be happening. And sure, wild animals are more than happy to take them, but this doesn’t always happen.

So how long does it take? 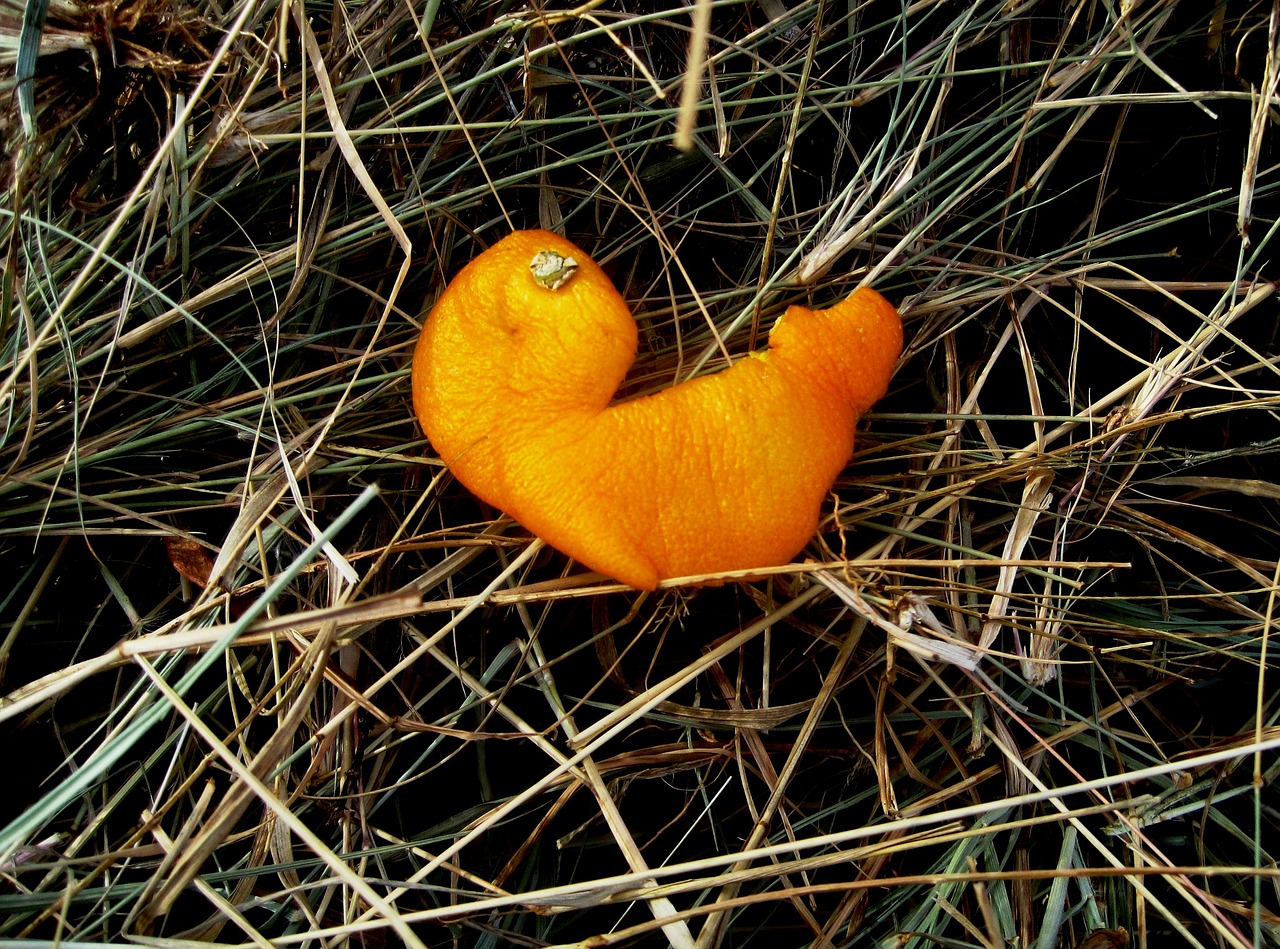 The rule of thumb is that an apple core can take around two months to decompose and a banana peel biodegrades approximately up to two years. When you compare it to the time it takes for a single plastic to decompose, it’s undeniably less problematic.

Decomposition for a plastic bag takes about 20 years, a straw takes 200 years, and a plastic bottle takes 450 years. But still, it becomes inexcusable to toss away organic things just because they decompose a little bit faster.

If you ever find someone who argues, “Well, what about the wildlife? They can eat whatever we toss and soil will ‘consume’ them in decomposition process. I believe it’s all fine.” Tell them an experiment done by Marjorie Woodruff who hikes and works in the Grand Canyon.

She put an apple core, a banana peel, orange peels, chewing gum, and tissue paper in a cage of chicken wire to allow animals going in and out. Six months passed and what did she find?

The orange peels had dried out, banana peel had turned black, chewing gum had remained unchanged, and the tissue paper had become nothing but a blob. Animals hadn’t eaten them and the organic stuff hadn’t rotted. She also buried the same items in sand and soil, and yet after six months nothing significant had happened.

Woodruff wrote in High Country News, “Think about it: Do we eat banana peels or orange peels? We do not. So why would a squirrel? An apple core is edible, certainly, but if it is not part of the animal’s daily diet. The bottom line is, before we got here, the faunae did just fine on nuts, berries and occasionally each other. They do not need us.”

Are we really helping animals by biodegradable littering?

I mentioned before about the thought of helping animals thrive by littering. The Grand Canyon experiment proved that this is not always the case. And when you think about it, when wild animals start to get food from humans, they might end up being too dependent on humans and they can’t look for their own food in their natural habitat.

Leave No Trace Organization stated that animals need varied diet to get all the nutrients they need, therefore “giving” them the food we toss away don’t help them thrive as we thought.

The organization stated, “When going to the campground or trail is an easy meal of fruit or human processed foods, they eat and get full on single food items instead of a range of food items that all provide different nutrients,”

“So when that squirrel or deer or bird, who looks so hungry, comes up to eat trail mix out of your hand, know that you’re putting the animal at risk of a healthy life, a prolonged existence, and the opportunity for healthy offspring.”

At the Naples Zoo, Zach Marchetti warned both kids and adults about why it’s dangerous to throw away food near a road. “Banana peels, apple cores – no big deal it’s just fruit, right? That’s what we tell ourselves. The problem is it lands on the side of the road. And so you look at the reasons that animals get drawn out to the roads and a big one is trash.”

Trash food attracts animals to areas crowded with people and they can get killed accidentally. “Food thrown alongside roads draws wildlife nearer to roadways and increases the likelihood they will end up as roadkill. Scraps tossed on the trail bring wildlife closer to the trail corridor as they seek out food,” stated Leave No Trace.

Other reasons why you shouldn’t litter 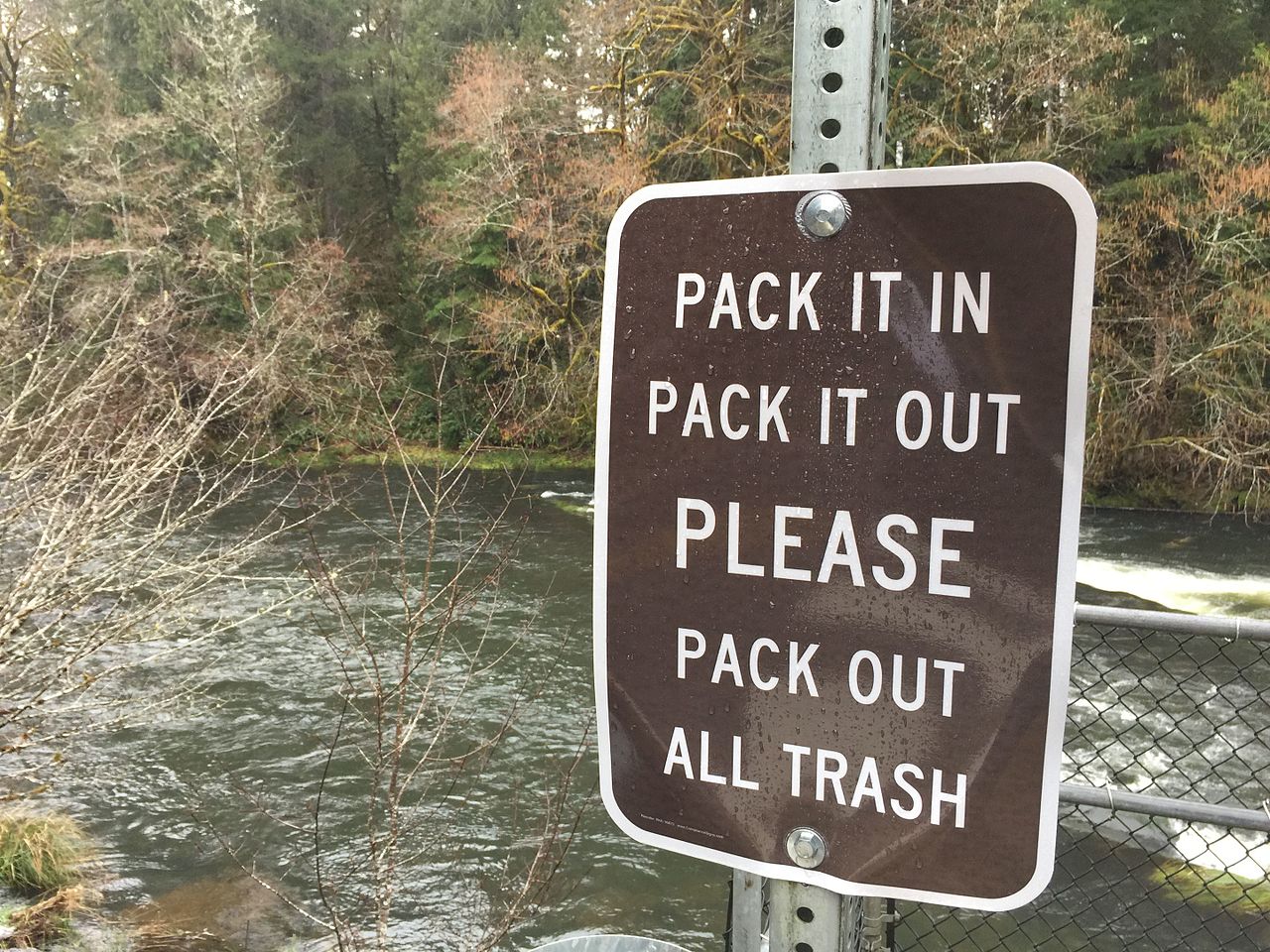 Other than not helping the environment and the probability to damage animal welfare, there’s another reason why you shouldn’t litter: law. It’s different in each country/province/states, of course but in some, you can get fined because of littering banana peels or wrapping papers, organic or inorganic.

For example, Florida considers tossing trash out of a car is littering, no matter what kind, shape, or form it is. Fort Myers Police Lieutenant Jay Rodriguez said that, “The law states you can’t throw anything out the window. Then he added, “A banana could sit there for two or three days and look ugly to someone and be considered litter.”

If you break the law, the fine would be different according to government policy. In USA, some states charge $100 but some others fine people more than $6,000 for a first offense. In Florida, the fine for littering is $180.

Waste your money because you throw out some garbage nonchalantly is, in my opinion, something that we all can prevent. What we can do if we’ve got some apple cores, peels, and all kinds of biodegradable food is just simply put it in the proper bin.

If you can’t find it, then you can hold it for a bit more or wrap it in a paper then dispose of it once you find the trash can. If you have a compost pile, then you know what to do next.

If you’re concerned about biodegradable littering in your area, then be sure to call an environmental services group. They provide personalised environmental management for your area, making sure to solve any issues quickly and efficiently.

Read also: Don’t Have Time to Compost? This Gadget will Do the Work for You

Another reason that you should consider is how littering destroys an aesthetic part of something. Imagine you’re taking a stroll to your nearest park feeling fine and then you see banana peels or other food waste in front of you. Or, directly looking at someone in front of you tossing it.

You would get a little bit of negativity because you’re thinking something like, “Seriously? Why is it so hard to place this stuff to trash can?!” or “Omg, people can be so disgusting.” And we don’t want to be someone who give that vibe to someone else, do we?

Stop Tossing Your Banana Peel on the Trail