You are here: Home / The Species / These Dolphins Miss Us So Much During Coronavirus Lockdown

We all miss our previous lives before this coronavirus struck us. The world feels like a zoo nowadays, because not only our movements are being limited, but also because we cannot interact with other people the same way like before.

We know that it must not last forever, at least until the vaccine to this cursed disease is found. But it would require some time before we can reach that. And beneath, we feel something: we all miss our ‘normal’ lives.

Human can indeed miss so many things because we have the ability to feel. Even far before this coronavirus attack, all of us has felt it in our hearts. However, the feeling is not humanly, or by this we mean only owned by human beings.

Animals can feel it too, and it shows how intelligence animals are. This time, we are going to talk about a pod of dolphins that miss us. Yes, we will talk about the feelings of dolphins in this article. 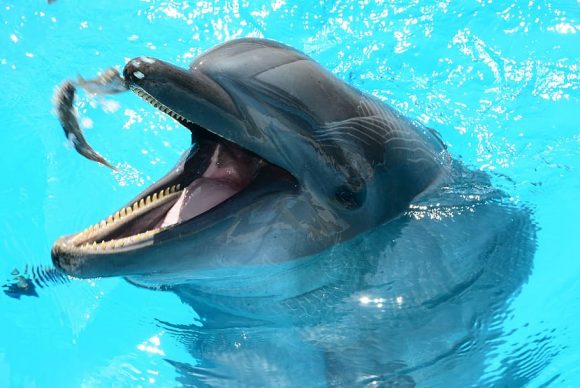 A group of dolphins is called a pod, and this pod of dolphins in Australia has been bringing ‘gifts’ into sea shores to show their feelings. They were known to be one of the most famous tourist attractions at Tin Can Bay, Queensland.

The humpback dolphins used to interact with human tourists all the time at Barnacle Café and Dolphin Feeding before quarantine period. But after all tourists not allowed to visit the place, they don’t have any human friend to interact with.

The only humans they meet during coronavirus quarantine period are volunteers at the feeding center. Of course, those dolphins feel the difference of quantity, because people usually lined up just to interact and feed the animals.

Thus, the pod of dolphins used to interact with more people and most of them are new people, but now they only meet a few people there. Another thing that we should notice here is that the dolphins also receive less food with no tourists.

Dolphins are intelligent creatures, said to be smarter than average chimps. They are able to solve complex problem in their daily lives. Less human interaction and food means a problem, and the humpback dolphins mentioned above have solved this problem.

The Gifts From The Dolphins 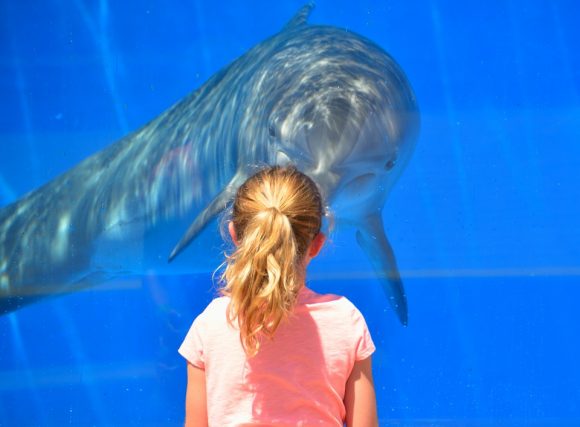 The pod has started to show their problem-solving ability to get more human interaction and food by bringing various gifts from the ocean to the volunteers. Of course, the gifts they bring attracts more attention from the volunteers.

“One male dolphin brings in objects on his rostrum, or beak, and then he carefully presents them to us. What we have to do is give him a fish in return,” said volunteer Lyn McPherson to ABC News. Lyn mentioned that this trend was started by a 29-year-old male dolphin named Mystique.

It was his own initiative, with his ability to solve problems and think. None of the volunteers taught him to do that nor created the habit of exchanging ‘gifts. “We haven’t trained him, but he has trained us to do this,” Lyn explained.

Apparently, the gifts that the dolphins bring from ocean are various. Starting from bottles, corals, sea shells, bits of timber and wood, along with other oceanic items. Not only doing it once, the pod does this up to 10 times a day. 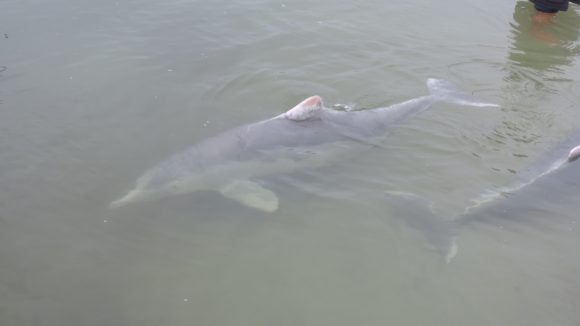 Imagine an animal ‘training’ human like what Lyn said earlier. They grew their own habit to solve the problem in front of them, the lack of human interaction and food, and the volunteers adopted the habit to give them food in exchange.

Barry McGovern, a UQ PhD student, and an expert in dolphin behavior said this is somewhat possible. He told 7NEWS that albeit the condition, dolphins are intelligent enough to even have a ‘culture’ in their normal lives.

“Nothing surprises me with dolphins and their behavior anymore. They do everything, they use tools, they have culture, they have something similar to names in signature whistles,” he mentioned. “In all likelihood, they probably don’t miss humans per se. They probably miss a free meal and the routine.”

Even in normal days, dolphins usually play with those stuffs they find in the ocean. Starting from bottle, branches, corals, and seaweed. Most of the time, they play by putting it on their nose similar to how they bring the gifts to the volunteers.

But what’s incredible is their habit-forming capability in this case. When there is less human interaction and less food, they try to regain what’s lost during the quarantine period. McGovern said predicts that this is a play-like behavior.

“They often play with bits of weed and coral and all sorts of things and just leave it on their rostrum (nose). They’re used to getting fed now, so they’re used to humans coming in. When it’s not happening, maybe it’s just out of boredom,” he said. 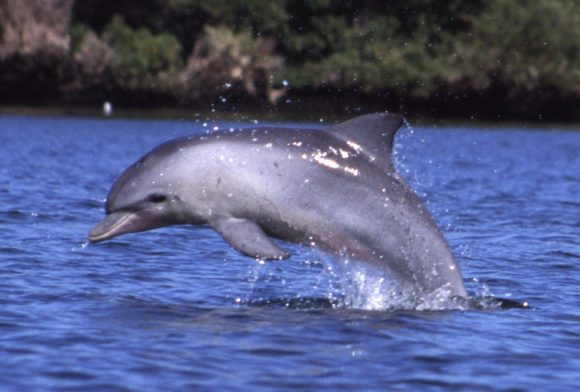 This story might sound incredible at first for most people. However, experts already knew about the intelligence of dolphins. Researches showed that what McGovern said about the dolphins are true, starting from having culture, ability to use tools, even have ‘names’ to distinguish individuals.

Researchers from UWA’s School of Biological Sciences, the University of Zurich and Murdoch University conducted a research in 2017 only to find similar habit in coastal dolphins. Moreover, the research showed that dolphins are able to do their personal tasks intelligently.

What’s personal about the research was how a male dolphin gave marine sponges to females to attract their attention. Afterward, he also held mini visual and acoustic concert to attract his potential mates. It shows a social complexity in the cetacean’s realm, that might be similar to human.

We know that we, humans, often use pretty similar method such as giving gifts, striking a pose or even dancing, and singing to attract our potential mates. If you don’t believe it, you can just observe how people in a night club behave.

“We were at first perplexed to witness these intriguing behavioral displays by male humpback dolphins, but as we undertook successive field trips over the years, the evidence mounted. Here we have some of the most socially complex animals on the planet using sponges, not as a foraging tool, but as a gift,” said Dr Simon Allen from UWA’s School of Biological Sciences, the lead author of the study.