You are here: Home / Eureka Green / Plastics From E-Waste Get Rarely Recycled, but Researchers Have Found a Way to Upcycle Them

Modern electronics and gadgets have gotten more advanced and they’re a lot more in demand than it used to be. It’s all good and convenient until it brings one problem: e-waste.

Since plastics in electronic waste have a lot of complex composition as well as hazardous additives, facilities rarely recycle them. And as we know, the demand and waste of electronic stuff is immense.

However, scientists might’ve found a step to repurpose them into something else so that they won’t become a type of waste. We should thank researchers at Nanyang Technological University, Singapore (NTU) for this. They’ve developed a new use for them: plastic alternative for laboratory cell culture containers, such as petri dishes.

NTU team collected some e-waste plastics and sterilized them before testing them in the lab experiments.

They’ve found that over 95% of the human stem cells seeded on plastics scavenged from discarded computer components remained healthy after a week. For comparison, that number is similar to cells grown on conventional cell culture plates.

Published in the scientific journal Science of the Total Environment, this discovery could lead to a potential new sustainable use for e-waste plastics. To refresh your memory, this type of plastics account for about 20% of the annual 50 million tons of e-waste produced worldwide.

Why for cell culture in lab you ask? Well, by making this waste an alternative to petri dishes, it’ll give recovered e-waste plastics maximum value as well as reduce the amount of plastic waste generated from biomedical research.

Because, e-waste isn’t just the only problem here. A study in 2015 estimated that 5.5 million tons of lab-related plastic waste was included in the annual global plastic waste.

The journey that ends in repurposing e-waste

It turns out that the same NTU team has done similar investigation back in 2020. The scientists published a study, discovering the effect of e-waste plastics on six different human cell types. They found that despite the hazardous elements to be found in e-waste plastics, there was still healthy cell growth.

Then, those findings inspired the research team to upcycle e-waste plastic scraps and trial them in advanced cell culture applications.

Assistant Professor and the study leader Dalton Tay said, “E-waste plastics contain hazardous components which may get released into the environment if not disposed of properly. 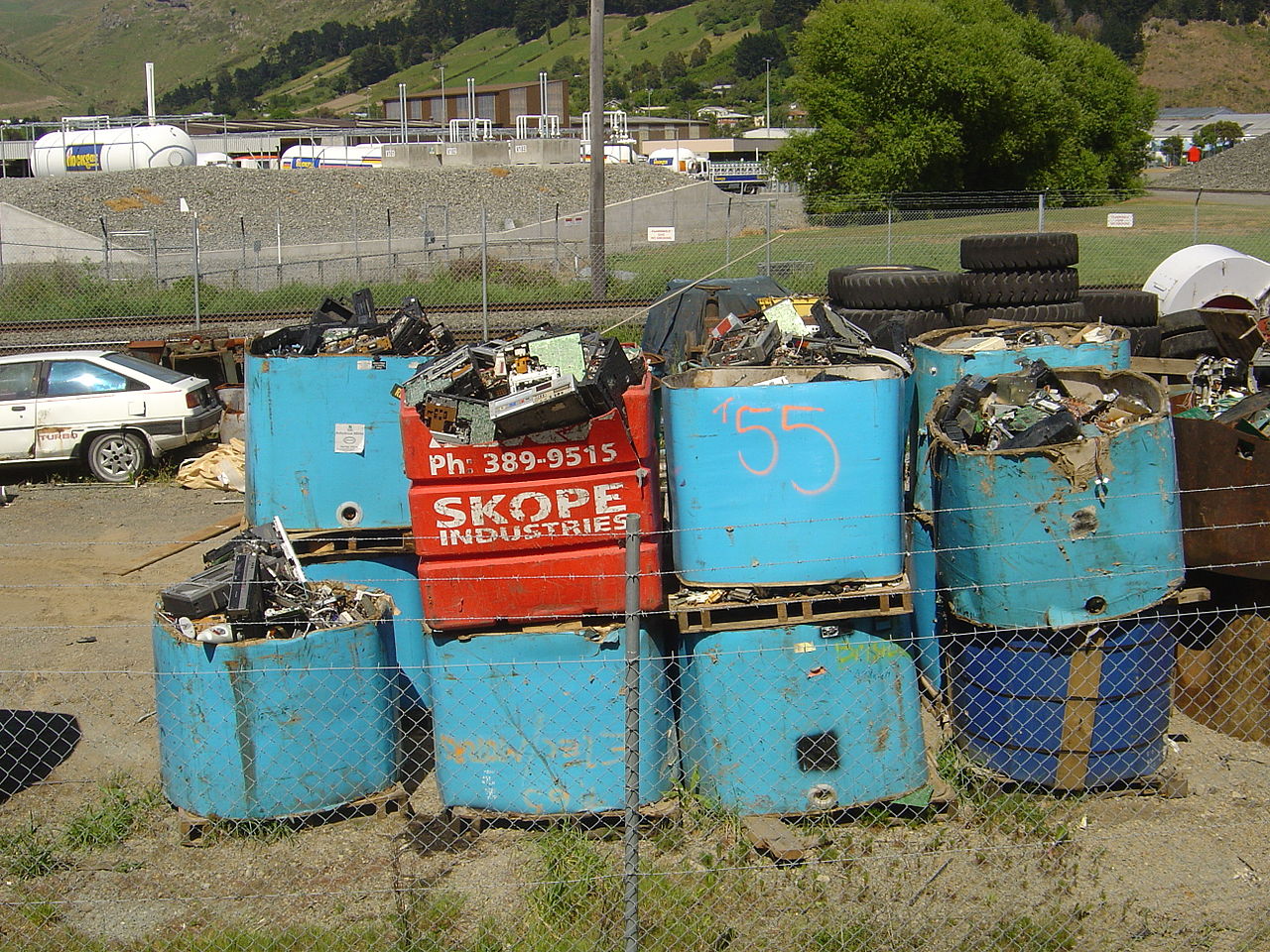 “Interestingly, we found through our studies that certain e-waste plastics could successfully maintain cell growth, making them potential alternatives to the cell culture plastics used in labs today.

“Repurposing them for immediate use rather than recycling them enables the immediate extension of the lifespan of e-waste plastics and minimises environmental pollution. Our approach is in line with the zero-waste hierarchy framework, which prioritises the reuse option through materials science and engineering innovation.”

Professor Seeram Ramakrishna, a board member of the Plastics Recycling Association of Singapore applauded the NTU team effort and discovery.

“With plastic a critical component in our manufacturing and logistical processes, we are in urgent need of sustainable solutions to plastic waste to mitigate its impact on the environment and social costs.

“Innovative solutions, such as the idea developed by Asst Prof Tay and his team to repurpose e-waste plastic, could serve to address the ubiquitous plastic waste problem in Singapore and around the world, and move us towards plastics circularity,” professor Ramakrishna said.

As mentioned, the NTU researchers scavenged e-waste plastics from a local waste recycling facility. They chose 3 kinds of them in order to test their varied surface features. The different kinds of e-waste plastics include: keyboard pushbuttons, diffuser sheet from LCDs, and prism sheet also in LCDs.

Now, the diffuser sheet and keyboard pushbuttons have a relatively flat and smooth surface, while the prism sheet has aligned ridges.

After a week, they found that more than 95% of live and healthy stem cells seeded on the e-plastics remained. As stated briefly above, this result is comparable to the experimental control of stem cells grown on commercially available cell culture plates made of polystyrene.

Moreover, the stem cells on the e-waste plastics also retained their ability to differentiate. All in all, these plastics are viable for their growth. 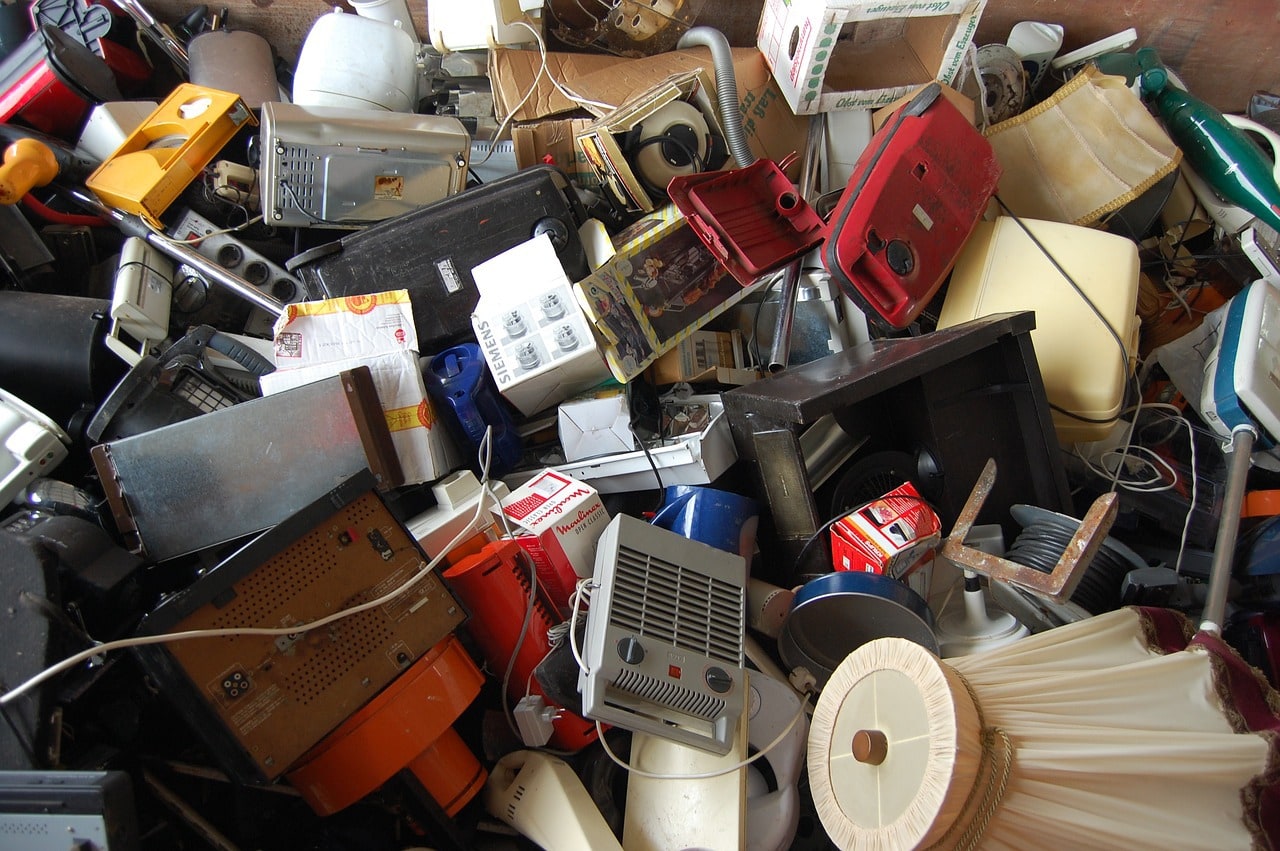 Does the surface affect growth?

Stem cells can undergo differentiation under the right conditions in the body or a lab. One way to facilitate this process in the lab is the addition of something that can shift the stem cells in a certain direction.

By the end of the second week, a higher proportion of stem cells cultured on e-waste plastics successfully went through differentiation compared to those on the conventional polystyrene cell culture plate.

“In tissue engineering, we use advanced techniques to engineer surfaces and study how they can influence stem cell differentiation,” Asst Prof Tay said.

“Now, we have shown that e-waste plastics are a ready source of such microstructures that allow us to further study how stem cell development can be directed — the ‘holy grail’ of regenerative medicine and more recently, lab-grown meat. There are important biomaterials and scaffold design rules and lessons we can learn from these e-waste plastic scraps.”

After this, the NTU researchers want to develop resource-effective remanufacturing processes that upcycle e-waste plastics. It’s with hope that they can also turn them into other alternatives for high-value biotechnological applications.

According to the scientists, this would help to promote sustainable practices in research and innovative waste-to-resource solutions for the industry. 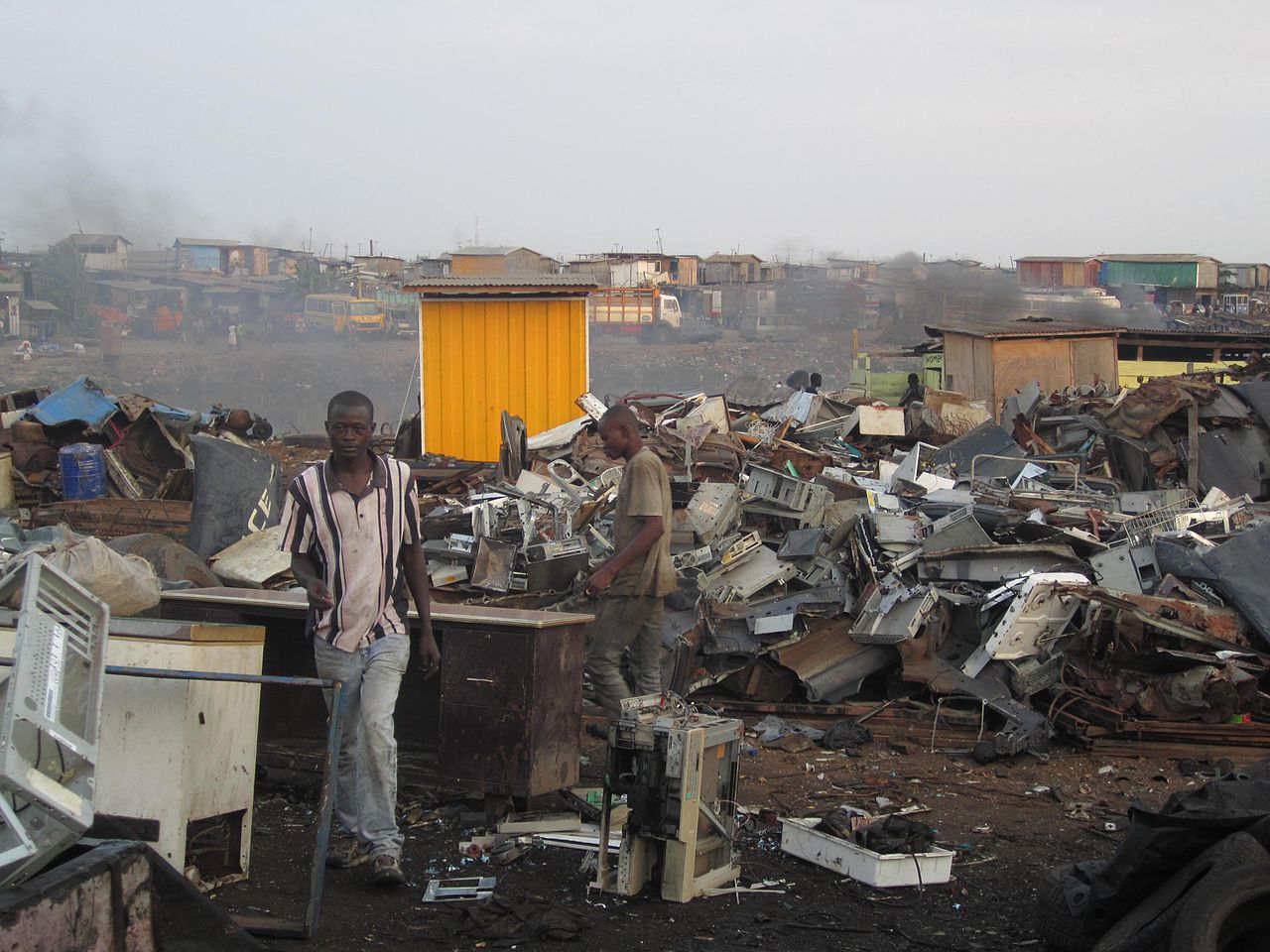 As mentioned, e-waste remains a big problem in our planet earth, because even though there are lots of demands for gadgets, it’s not easy to recycle the waste because of the materials and compounds.

Just not too long ago, researchers reporting in ACS’ Environmental Science & Technology Letters have detected a broad range of emerging synthetic antioxidants. They are hindered phenol and sulfur antioxidants (HPAs and SAs), found in dust from e-waste recycling workshops.

When the researchers examined it in lab experiments, they come to a suggestion that the compounds were toxic to rodents or human cells, posing risks for the workers inside the recycling facilities.

What are HPAs and SAs?

Since there’s no known toxicological effects and environmental occurrence of most of these new compounds, the researchers investigated the occurrence of emerging HPAs and SAs in dust from e-waste recycling centers.

They went to workshops where large amounts of discarded electronics, such as laptop computers, cell phones, tablets, wires and cables are dismantled and processed.

24 compounds were detected in the dust. Initially, they found 22, and some at relatively high levels compared with other e-waste pollutants.

Moreover, although dust concentrations of SAs were similar for the different categories of workshops, centers that dismantled wires and cables and processed electronic plastics had significantly higher levels of dust HPAs than those that dismantled general e-wastes.

Unfortunately, the researchers haven’t found the exact effects of those compounds to human health just yet.

“Our findings raise the need for further investigations of the environmental behavior, fate, and risks of these widely used but rarely evaluated ‘novel’ antioxidants,” the researchers wrote.