You are here: Home / Eureka Green / Eco Friendly Made Easy: Just Walk or Bike Once a Week to Cut Carbon Footprint

Apparently, we don’t need to do so much in order to be eco-friendly. I mean, of course we should try our best to go/be green in many ways, but it’s not complicated after all. Turns out, not using the car and walking, cycling, and e-biking instead—even just one day a week—can bring significant impact on personal carbon emissions in cities.

According to a new study led by the University of Oxford’s Transport Studies Unit that includes researchers from Imperial’s Centre for Environmental Policy, that is the case.

To reduce gas emissions as targeted by many, we need to have a rather massive switch from motorized transportation. Researchers found that active transport, meaning using our own energy, could save as much as a quarter of personal carbon emissions from transport.

The study, published in the journal Global Environmental Change, is the first one to regard carbon-reducing impact of city-based lifestyle changes. It revealed that increases in active mobility could lower carbon footprints significantly. This includes some European cities with high amount of walking and cycling.

Coauthor Dr. Audrey de Nazelle said, “”Our findings suggest that, even if not all car trips could be substituted by bicycle trips, the potential for decreasing emissions is huge.

“This is one more piece of evidence on the multiple benefits of active travel, alongside our previous studies showing cycling is the best way to get around cities for both physical and mental health, and that promoting cycling helps tackle obesity.

“This should encourage different sectors to work together to create desirable futures from multiple health, environmental and social perspectives.”

Researchers collected data on daily travel behavior, journey purpose, information on where their home and work/study location, if people have access to public transport, and socio-economic factors.

Statistical modelling of the data was performed to assess how changes in active mobility, preferred method of daily travel, and cycling frequency influenced mobility-related CO2 emissions over time and space.

Lead researchers Dr. Christian Brand said, “We found that those who switch just one trip per day from car driving to cycling reduce their carbon footprint by about 0.5 tons over a year, representing a substantial share of average per capita CO2 emissions. 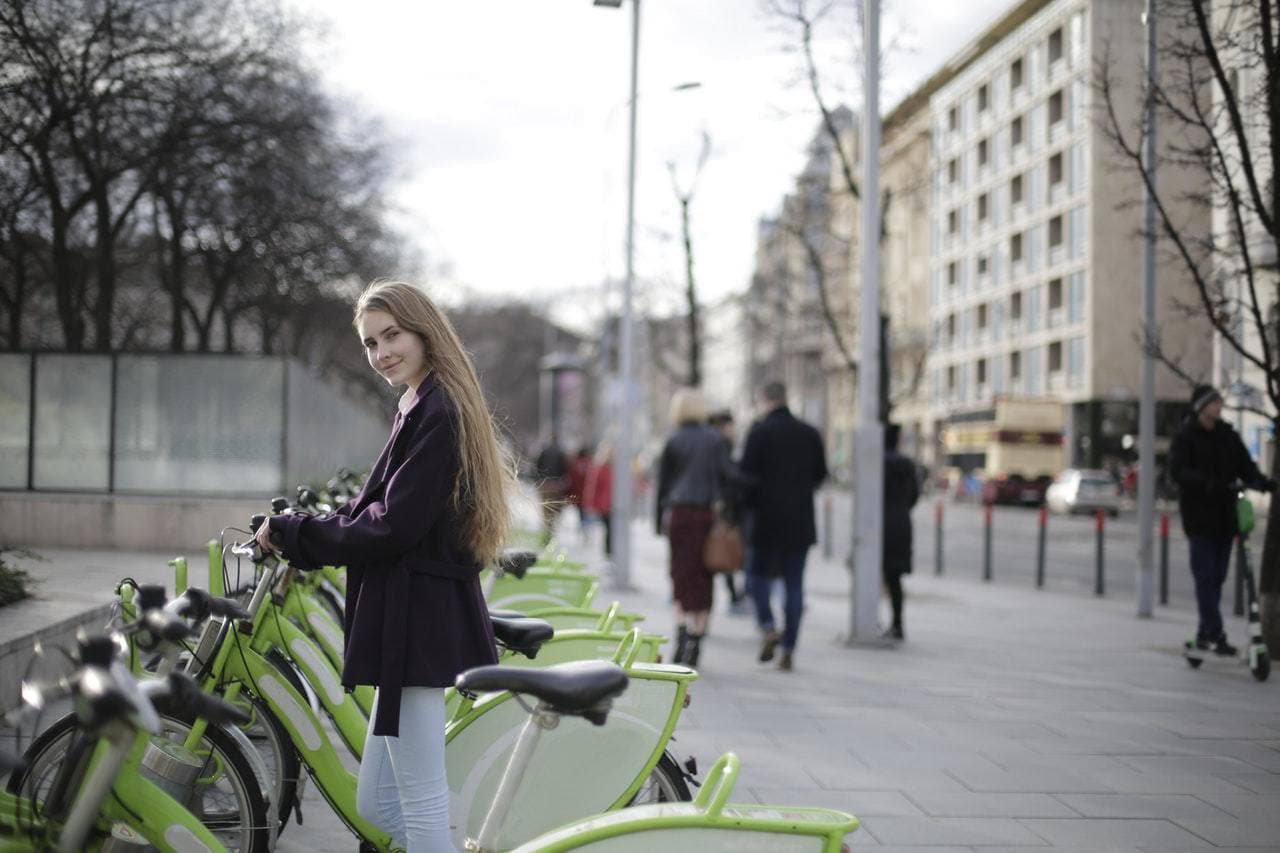 “If just 10% of the population were to change travel behavior, the emissions savings would be around 4% of lifecycle CO2 emissions from all car travel.”

Per the team, the largest benefits from swapping car to active mobility were for business travel, followed by social and leisure trips, and commuting to work or place of study. Results also showed that people who already cycled had 84% lower carbon emissions from all daily travel than non-cyclists.

Annually, average per capita of carbon emissions from transport in cities mentioned above ranged between 1.8 tons in the UK to 2.7 tons in Austria. That’s not including international flights and shipping.

According to the Global Carbon Atlas, average per capita CO2 emissions from all activities were 8 tons per year in the UK.

“A typical response to the climate crisis is to ‘do something’, such as planting more trees, or switching to electric vehicles. While these are important and effective, they are neither sufficient nor fast enough to meet our ambitious climate targets,” said Dr. Brand.

Dr. Brand added that it’s a lot better when we do more good thing, combined with doing less environment-damaging things, now. “Switching from car to active mobility is one thing to do, which would make a real difference, and we show here how good this can be in cities,” he said.

Researchers said that not using cars won’t just be great for the climate and our planet, but also for reducing social inequalities, as well as improving public health and quality of urban life in a post-COVID-19 world.

“To improve active travel take-up, cities across the world will need to increase investment in high-quality infrastructure for pedestrians and cyclists and incorporate policy and planning concepts that require a fairly radical rethink of our cities.

“This is in turn likely to reduce inequalities, because the concepts involve mixing different population groups rather than maintaining the model of residential zoning by socioeconomic status currently used,” said Dr. de Nazelle 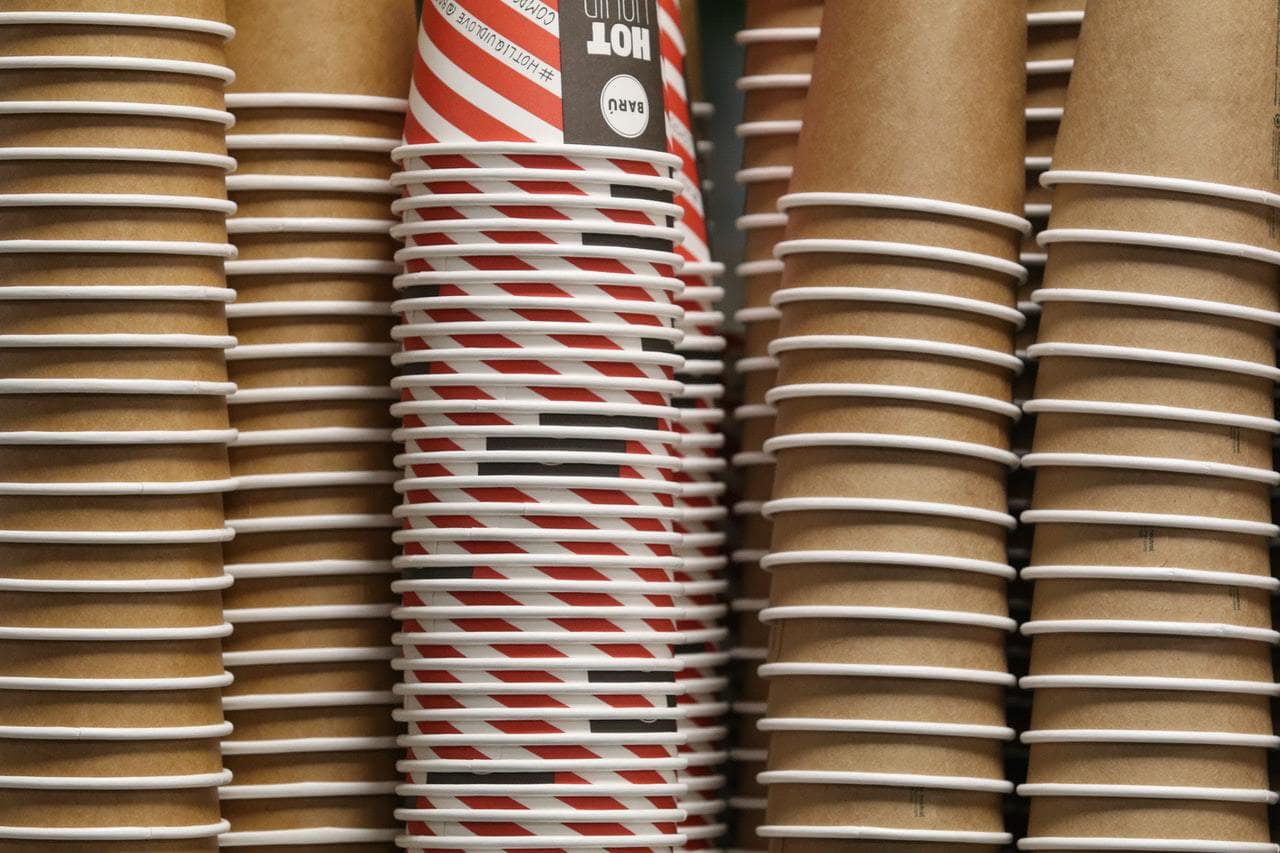 Some people can’t live without coffee, and it’s totally understandable. Caffeine can be our best friend, but the disposable cups are definitely not good the environment. Each year, there are about 300 billion of them that end up in landfill.

New research from the University of South Australia reveals that while most coffee drinkers are willing to make a switch to sustainable practices, it’s not enough. Absence of infrastructure and entrenched single-use culture is delaying sustainable change.

While South Australia has banned single-use plastics, takeaway coffee cups are still everywhere. Probably the ban for those will take place in 2022.

“There’s no doubt we live in a disposable society — so much of our lives is about convenient, on-the-run transactions. But such a speedy pace encourages the ‘takeaway and throwaway’ culture that we so desperately need to change,” said Dr. Sandhu.

Dr. Sandhu said that education and information about how single-use coffee cups are problematic is the key. People generally want to do the right thing, but knowing and actin on it are not the same, since there are things that can delay progress.

What kind of things that delay progress?

For instance, when one coffee shop can’t give recyclable or compostable cups, but we need that coffee immediately, we’ll probably still get that coffee. Also, cups can be deceiving, because most have waterproof plastic lining, which is not recyclable and is a contaminant.

Additionally, there are some coffee shops that do offer recyclable coffee cups. But what happens after we’ve drunk all that delicious liquid? The lack of appropriate waste disposal infrastructure means that even compostable cups will still end up in landfills.

Compostable cups must go into green organics bin, but these bins may not be available in some public areas, like the standard shopping places.

The South Australian government is moving towards more sustainable practices with its Replace the Waste campaign. But, the well-established “grab and go” culture is hard to give up.

Dr. Sandu said, “It’s important to drive home clear, strong messages about single-use plastics and their impact on the environment. The more we can drive people to choose reusable cups, the more uptake we’ll see. People like to mimic what their colleagues, friends and peers do, especially when it is the right thing.”