You are here: Home / Eureka Green / We Can Actually Clean Up the Great Pacific Garbage Patch

Let’s once again talk about the Great Pacific Garbage Patch that has been haunting us for too long nowadays. Having first mentioned in 1988 paper published National Oceanic and Atmospheric Administration (NOAA), the presence of the floating plastic-waste island gets only clearer and clearer every year.

But the nightmare is likely going to end soon, as a cleanup project is going to take place. Yes, finally something is going to be done regarding the presence of the humongous plastic patch floating freely on the northern Pacific Ocean.

For long, people thought that this humongous plastic patch is impossible to move, but ‘Jenny’ has come to us as a great help. Who or what is Jenny? How can Jenny help us clean up the Great Pacific Garbage Patch? Will Jenny do well?

Here, in this article, let’s talk about what’s going to be the end of Great Pacific Garbage Patch. 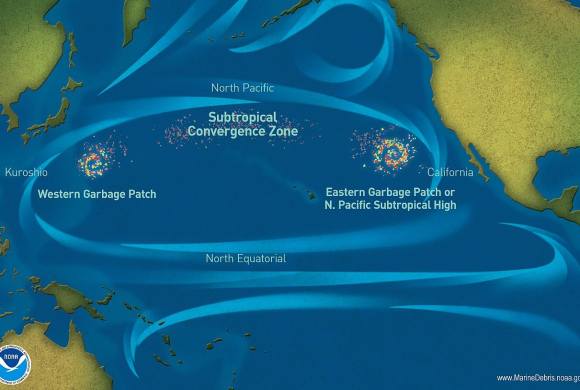 We know that some of you are already familiar with the term Great Pacific Garbage Patch. However, some people still have no idea that we have an enormous area full of plastic floating in the middle of the ocean. That’s why, let us explain a short brief about this phenomenon.

The Great Pacific Garbage Patch is a garbage patch, hence the name, floating in the North Pacific Ocean. Because of its coverage, it is divided into two areas which are the Eastern Garbage Patch and Western garbage Patch.

The garbage patches are not visible in satellite imagery because of its low density. The patch is also hardly visible for naked eyes because of the same reason. However, if you visit the area, you will easily notice plastic waste dispersed widely there.

The amount of garbage floating is beyond imagination, most of them were coming from Asia. A 2015 study discovered that the plastics were coming from countries such as China, Indonesia, the Philippines, Vietnam, Sri Lanka and Thailand.

80% of them are coming from land-based sources, which mean that they were consumed on land and found their way to get into water stream. While the rest of them came from ocean-based sources such as fishing ships or cruises.

Why Is It Difficult to Clean? 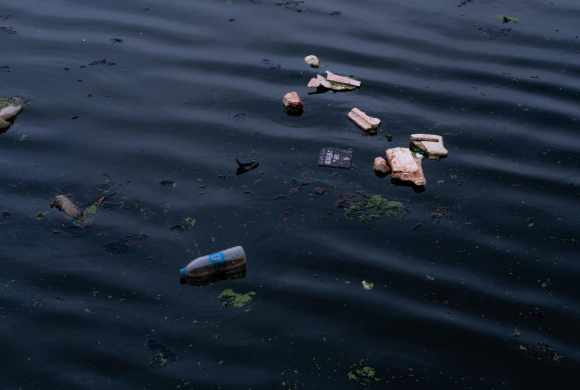 Imagine how would you clean up the swimming pool at your parents’ house after having a wild pool party the night before. How would you do that in your minds? Well, using nets might work perfect for that business.

The Great Pacific Garbage Patch is estimated to be more than 1.6 million square kilometers, or about twice the size of Texas. But that size alone is not the only ‘size’ that makes it impossible for cleanups with nets.

The other reason is because the plastics are in very small pieces. Some have even turn into microplastics and they weight tons. A study in 2017 predicted that the total weight of the Great Pacific Garbage Patch is around 3 million tons!

And as mentioned above, the numbers are growing as long as the sources have not stopped producing new plastic waste every single day. So, is it possible to at least just clean up the already present garbage patch? It is.

Now, let’s talk about System 002 or you can also call it Jenny. System 002 is the latest Ocean Cleanup project that features huge ocean cleanup system. The system works by dragging tensioned ‘artificial coastline’ along area with plastic waste.

The ‘artificial coastline’ is around 800 meters long, and is pulled by two vessels. As a result, you will see a U-shaped barrier that can collect plastic like a scoop. The barrier itself moves around 0.75 meters per second, giving it good coverage of area.

This system is the result of over 70 separate tests to find out the most effective way to catch plastic floating on the ocean. Previous tests have showed satisfying results as the slat shouted it out on Twitter: “It all worked!!! massive load. we’ll try to get the footage to land ASAP to share.”

But why is this project called the 002? The reason is because this version is the more advanced version compared to previous system. The previous system worked almost in the same way, but it worked not by being towed with vessels.

The previous version used wind as the source of movement, and because of that it was less effective to collect the plastic pieces. How effective the new system is? It once captured around 3.8 tons of plastic pieces during a test in September 22nd 2021. The plastic is then collected in a huge vessel and transported back to land for recycling. 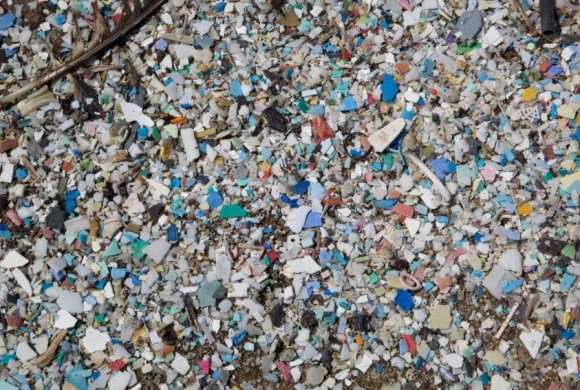 The Ocean Cleanup, the startup responsible for this practice, is optimist that Jenny can be the first step to finally get rid of Great Pacific Garbage Patch. CEO Boyan Slat stated that this system is the “beginning of the end”.

That’s an optimistic view, indeed, but results speak itself. Jenny is able to collect even smaller pieces of plastic in the garbage patch, which means they have the answer for the biggest problem in cleaning up the garbage patch.

“We are capable of repeatedly harvesting large amount of plastic,” he said. Slat said that in the future, the garbage patch will be pointed out not as a trouble we have caused in the past but “as an example that we can solve the big problems we’re facing nowadays.”

Jenny is already a good ‘sweeper’ for the Great Pacific Garbage Patch. But researchers and the startup company are not satisfied with only being able to collect plastic floating on the ocean tons by tons. That’s why, they are building a greater system that can collect even more plastic.

They are currently working on the system 003 that utilizes a fleet of 10 at once, or 5 times larger than Jenny. With system 003, it is expected that they are able to clean 50% of the Great Pacific Garbage Patch every 5 years.