You are here: Home / Eureka Green / You Can Turn Your Home Into Little Toxic Box, Here Is How

There is only one thing that everyone seeks, the feeling of being at home. Yes, home is the safest place on earth, because it is the only place where we can have full control of our beings and belongings. It also protects us from outside threats and unwanted circumstances.

But don’t you know that newest research found that our homes can also be our little toxic boxes harmful to our health? This is a huge news for humanity, because it means that we are not safe even if we are at home.

However, such kind of condition is not supposed to happen in every home. There are some particular circumstances required for us to let it happen, which means it is preventable too. So, what’s actually the thing that makes our home grow into a toxic box?

Here in this article we will talk about it, and how to prevent it.

So, what’s actually the ‘thing’ we need to avoid? It is cooking. Yes, even though cooking is one of the most basic thing that many people need to do every day, but researchers found that it can be bad for our health when done indoor.

Case studies carried out by Global Action Plan (GAP) found that indoor cooking activity may produce ultrafine airborne particles. These particles are bad for our health since it can easily enter our bloodstream and get into our vital organs.

“Air pollution can harm acutely, as well as chronically, potentially affecting every organ in the body. Ultrafine particles pass through the lungs, are readily picked up by cells, and carried via the bloodstream to expose virtually all cells in the body,” as explained by International Respiratory Society’s Environmental Committee.

It means that airborne ultrafine articles that we produce from cooking is more than just an air pollution that can affect only our lungs, that results in coughing or sneezing. It is more like a poison with the ability to harm every single cell that builds our body.

In addition to that, air pollution can also worsen already weak body condition. “Persons are more vulnerable to air pollution if they have other illnesses or less social support,” the researchers mentioned. Cooking inside is not for unhealthy people, indeed.

Ultrafine airborne particles, or usually mentioned as PM 2.5, are smaller than 2.5 micrometers. Thus, as mentioned above, it can easily enter our bodies and cause problems. They can even enter our bloodstream and build up in the liver, heart, even brain.

The amount of ultrafine particles produced by indoor cooking is not a joke to make fun of. Instead, it might be one of the worst pollution we can ever experience every day. Researchers even said that the condition is worse than the polluted cities in the world.

“We were all surprised at the overall levels of particulate matter in the house,” said Marina Vance, the lead researcher of the study, from University of Colorado in Boulde. And if we cook indoor every day, it means that we breathe worse air than New Delhi and Beijing every day too.

Based on the study, when measurement method usually applied in measuring city pollution is applied indoor, the result showed it ranks between “unhealthy” to “very unhealthy”. The measurement showed that PM 2.5 level is around 200 micrograms per cubic meter.

It is far above the average level of Delhi’s air condition, which is around 130 micrograms per cubic meter. The thing is, the condition may last up until two hours after indoor cooking. It means that when we are eating our cooked food hot at home, it is similar to us eating it outdoor at Delhi. 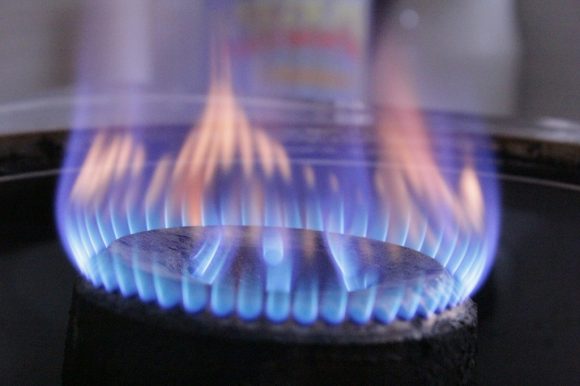 So, what’s actually the problem here? Cooking activities that include roasting and using gas stove actually release the ultrafine particles into the air. Researchers said that such kind of ultrafine particles come also from animal fat, cooking oils, and grime in cooking utensils.

Those ultrafine particles are released into the air while we are using heat to cook. We know that hot air flows up because it is lighter than cool air, creating an air flow. In this case the hot air containing ultrafine particles does the same thing.

Upon colliding with the ceiling, or cooler air up on the ceiling, the hot air cannot go higher and instead spread like a mushroom of atomic bomb. Since cooking usually requires constant heating, the process is repeating itself as long as the process goes on.

Hence, does it means that we are not allowed to cook inside our apartments? There are actually some points need to be made in this case to make it explainable. First, not all cooking activity results in such kind of air pollution. However, most people still do the bad one.

Secondly, it has a time range, which is around two hours. It means that different from living in polluted city, you don’t have to inhale the particles for 24 hours a day. Of course it is an exception if you are living in a 24/7 kitchen or near it.

How To Solve It? 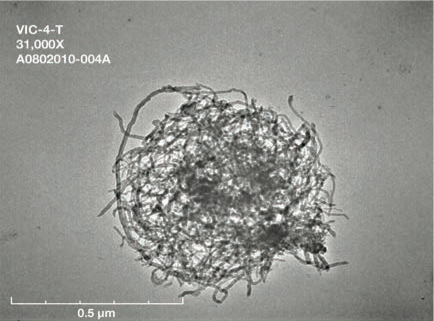 The problem is, when we are living in already polluted city, it means the air quality is even worsened. “The combination of indoor and outdoor air pollution sources is turning our homes into toxic boxes, with pollution trapped inside,” said Chris Large, senior partner at GAP.

Again, does it mean that we are not allowed to cook, to avoid being at risk? Actually, there are some methods of cooking which are less potentially harmful, such as making raw vegetable salad, oil-less steaming, and using electric stove.

That’s not all. There is a thing that you need to know: researchers said that such kind of problem usually occurs in poorly-ventilated homes. Good ventilation can minimize the risks that those released ultrafine particles may cause.

Even better ventilation is needed when we have children in our homes. “With children spending increasing hours indoors, exposing them to ultrafine particles of pollution, urgent action needs to be taken to address the issue of indoor air pollution,” Stephen Holgate, Professor of Royal College of Paediatrics and Child Health, explained.