You are here: Home / Eureka Green / Artificial Glacier In Ladakh Will Explain Why We Need To Save Glaciers

From Ladakh to the world. Thanks to our bad habits that lead to global warming, we are losing our glaciers at alarming rate. Of course, it is a huge problem especially for those who live around the glacier areas such as people in Himalaya and Alpen.

Talking about its function as water reservoir, this makes glacier an important part in people’s lives. Some people even create artificial glaciers just to make sure they have their water supply secured for elongated period of time.

Here is a story about artificial glacier in Himalaya, or people there call it as Ice Stupa. 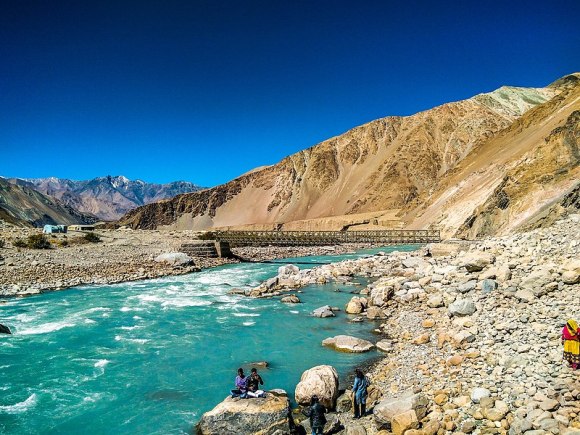 Ladakh is a union territory of India, part of Kashmir region, located in the far north of the second most populated country in the world. The region is ‘sandwiched’ between Himalayas and Kunlun, two of the world’s tallest mountain ranges.

Much of it lays above 3,000 meters above sea level, making it the highest plateau in India. The height makes the land has extreme characteristics. Rainfall is so rare since snowflakes don’t have enough time to melt, thus the people there only have snow.

The temperatures there, which usually range wildly below freezing, is another reason why snowflakes cannot melt. Weird, since sun shines brightly there without doubt. That’s why, locals said that when you are sitting in the sun and your feet are under shade, you can get both sunstroke and frostbite at the same time.

Albeit the extreme condition, locals are able to maintain their lives by farming. But we all know that farming activities need intense amount of water to make the crops thrive well. So, how can those people get water they need both for their lives and their crops?

People in Ladakh rely on the presence of glacier melt, like mentioned above, for fresh water supply. The region used to have seasonal flow of fresh water from melting glaciers during spring to summer. Unfortunately, thanks to climate change, the cycle was broken. 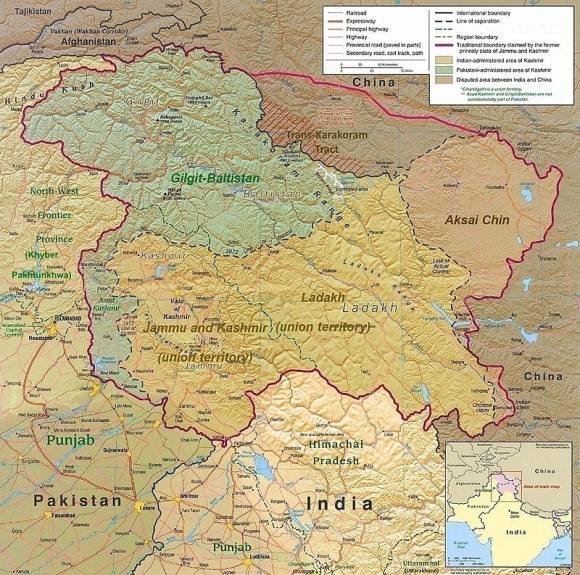 Climate change has caused a shift in natural cycle where glaciers don’t always melt and provide fresh water to the people in Ladakh. Glacier now melts almost randomly, sometimes it melts right after spring, sometimes the farmers need to wait until summer.

The reason is because of shrinking natural glaciers due to rising global temperature. The shrinking caused the glacier to melt into far less fresh water during spring, sometimes almost none. While in the summer, due to smaller size, it melted abruptly and shrunk even smaller.

Such kind of thing makes farming activities hard because farmers tend to follow strict schedules. It gets worse when glaciers don’t melt during crucial planting months, usually April and May, and farmers don’t have enough time to grow their crops if they have to wait for good melt.

To save the lives of Ladakh people, in 2014 a local engineer decided to solve this problem. Sonam Wangchuk, the local engineer, built two-story prototype of Ice Stupa which is an artificial glacier that will provide enough fresh water for the people.

He got the inspiration from seeing how ice under a bridge melted. “I once saw ice under a bridge in May and understood that it’s the sun that makes the ice melt, not ambient temperature. I realized that ice can last a long time, even at low altitudes,” Wangchuk said.

How does the artificial glacier work? Wangchuk did the building of 20-meter artificial glacier by piping mountain stream into nearest village. With engineering works, he made the water burst like geyser and freeze into a cone-shaped Buddhist shrine or ‘stupa’.

Why a cone? Because it is how water spout from a vertical fountain naturally freezes. “A cone is very easy to make with ice, because any dripping naturally forms a cone underneath. Icicles are inverted cones,” Wangchuk explained.

He designed to make the ice stupa stay frozen only until spring sun started to shine in 2015. It was not an easy job for him because Wangchuk needed to collect up to $125,000, which he finally collected from fundraising to do that.

It was a successful prototype and since then it has been the source of fresh water for farmlands in the area before natural glaciers melt in summer. Knowing that his work was a success, he is now building 50 other new ice stupas to provide fresh water to other villages in Ladakh.

Each of the Ice Stupa is going to supply up to 10 million liters of water to 25 acres of farmlands. Word of his live-saving invention has reached all around the world. The Ice Stupa has even won the inventor a Rolex Award for Enterprise in 2016.

Can We Apply It Anywhere Else?

Okay, so artificial glacier is a good invention to save people’s lives in Ladakh. But can we use it to bring the same benefits in other places? Wangchuk and The Ice Stupa Project are working on bringing the benefits to other places too.

In example, in 2016, he built another Ice Stupa in Swiss Alps to give people in the area fresh water like in Ladakh. While in 2017, he used the Ice Stupa to re-freeze melting glacial lake in India to prevent flash flood caused by glacial melt.

Climate change has caused significant changes in every single aspects of our lives, and it also applies to people in Ladakh. This incredible innovation wouldn’t be needed in the first place if climate change didn’t cause glaciers melting randomly.

Wangchuk realized it and told some wise words for future generations. “We in the mountains are minorities, not just ethnically but climatewise,” he said. “Things that work in New York or New Delhi do not work in the mountains. We have to find our own solutions for our problems.”

Humans are the best creatures in term of adapting to new conditions. However, climate change is bringing changes sometimes too fast for us to adapt. On the other hands, we can also adapt to preventing climate change to bring those changes too fast.

So, why don’t we just adapt to prevent further effects of climate change by caring more about the environment?