You are here: Home / Hello Earth / Grasses And Shrubs Are Growing In Himalaya: It Might NOT Be Great

Mount Everest, located in Himalaya is known as the world’s tallest mountain. Thus, it is covered with eternal snow that should not go even though we are at the hottest days of summer. However, the growth of grasses and shrubs means that the snow is losing its eternity.

Plants are symbol of life, and even animals know that the presence of plants means life. But this one, this very growth of tiny little grasses, might mean otherwise. Not because they are toxic, but it is because they grow in the highest point in Himalaya, the great Mount Everest.

Of course, this huge change in nature means something big, and it also has big impacts on the future of our nature’s cycle. The problem is, we cannot stop it directly by simply throwing some herbicides, because that’s not the case.

In this article, we are going to talk about the growth of grasses and shrubs in mount Everest, because this is an important sign to understand more about climate change and global warming. 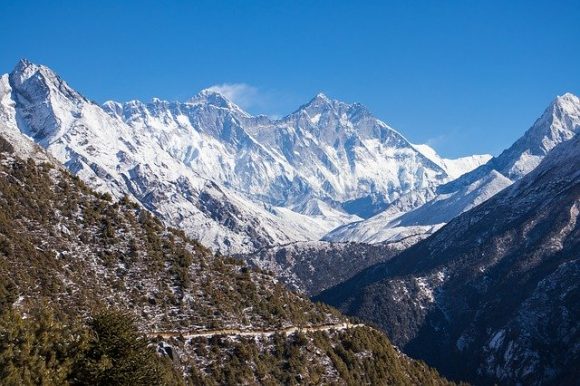 Since 1993, scientists used NASA’s Landsat satellites to monitor and study the development and growth of subnival vegetation, or plants that usually grow between tree line and snowline, in the area. Recent observation found something surprising even for the scientists.

“A lot of research has been done on ice melting in the Himalayan region, including a study that showed how the rate of ice loss doubled between 2000 and 2016,” said Environment and Sustainability Institute on Exeter’s Penryn Campus in Cornwall scientist, Dr Karen Anderson.

Somehow, in recent years, the shrubs happened to grow on that altitude. It leaves some mystery to the scientists, with one of it is how do the plants get their regular water supply and how do they survive the temperature. One of the suggestions is that the eternal ice is melting and it makes the area warmer and wetter.

“It’s important to monitor and understand ice loss in major mountain systems, but subnival ecosystems cover a much larger area than permanent snow and ice and we know very little about them and how they moderate water supply,” Anderson said. 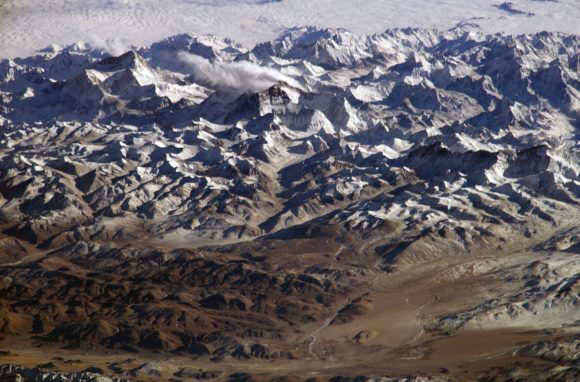 Anderson said that the increase of subnival vegetation growth in Himalaya area can play big role in the water supply of the region. Everest has been the source of water for 10 biggest rivers in Asia, which supplies around 1.4 billion people.

“Snow falls and melts here seasonally, and we don’t know what impact changing subnival vegetation will have on this aspect of the water cycle, which is vital because this region, known as ‘Asia’s water towers’, feeds the 10 largest rivers in Asia,” Anderson explained.

It shows how researchers’ warning about global warming impacts is true. Formerly, researchers predicted that if the rate of warming kept going on the same, the melt of Himalaya glaciers would be doubled by the turn of the century.

Another thing that researchers predicted, but hasn’t come true is flash flood of the area by glaciers melt. In fact, the signs are showing in some parts of Himalaya. People are already experiencing flood because of glacier melt and some even need to evacuate from their homes.

“That would be bad news for the Himalayas. The subnival zone is where seasonal snow is held and if it is warmer you will get flashy hydrology, quicker melt rates and an increased risk of flooding,” Anderson explained to The Guardian.

A Story In Imja 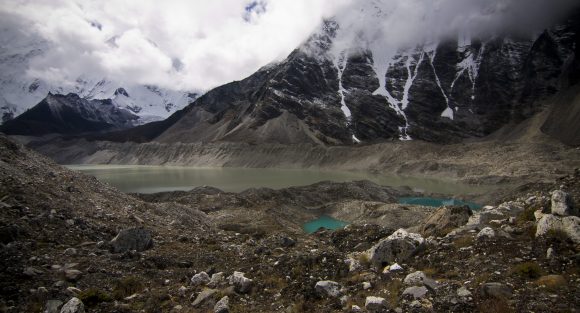 Before taking it further, let’s talk about something already happening in Nepal. Many Nepalese’s lives depend on glacier melt in Mount Everest, Himalaya. People who live around Imja Glacial lake are counting on water from the melt for their daily needs.

Imja is the fastest growing glacial lake after tripling its size in the last 3 decades. It means, it contains the most melt from the ice on top. The problem is, Imja glacial lake is not a sophisticated and modern dam. The only thing holding it off everyday is a wall of natural debris.

We already know two factors of chaos here: first, the growth of grasses and shrubs means that we already reach that ‘warmth’. Second, Imja, which already has grown threefold its size in the last 3 decades, is only held off with a wall of natural debris.

Combined, we can see how big a problem it is. While the rate of ice melt is increasing as the temperature gets warmer, the debris should brace itself to hold more water mass and pressure. Nepalese government already installed drainage canals to prevent sudden outburst, but the best solution for all is still cooling this earth down. 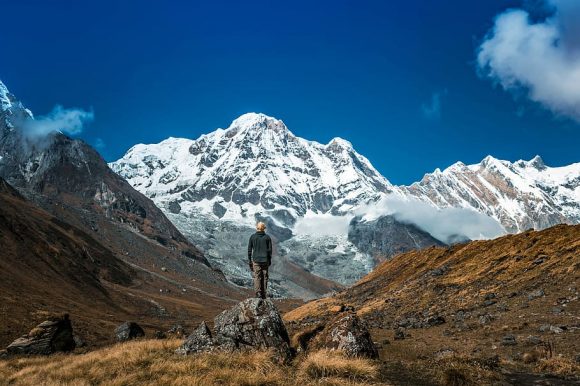 Back to the topic, shrubs and grasses in Himalaya are not only obvious signs of global warming They should tell more about the nature, and sometimes the nature itself is pretty confusing even for the scientists.

In example, what makes the researchers more confused nowadays is the true nature of grasses and shrubs. We know that they can only grow when the temperature is warm enough for them. But their presence also brings coolness to the area.

It seems like a paradox, where their growth is caused by warmer climate which is eerie. But on the other hand, their presence cools the temperature down also. The final result is still incalculable because of that paradox.

“We really don’t know much about this area and we need to direct research attention towards it because it’s a major part of the water supply story in the Himalayas,” Anderson stated. It needs further researches and of course bigger data collection.

Talking about data collection, even though the growth is a relatively bad news, but it is still a good thing that we notice it sooner thanks to Google Earth Engine. The engine can help the researchers to collect data faster and more accurate.

Google Earth Engine can give us information about an area from time to time without saving the images and files into the server. “It has really revolutionized this kind of work and enables large-scale, long time-series investigations like this to happen,” she added.

Meet Takin, The Most Badass Animal From The Height Of Himalaya