You are here: Home / Hello Earth / Life In Karachi, The Land Without Fresh Water For The People

Almost every single mega city in every country must deal with high rent, huge bills, and crowded population. That’s a common sense we all know already, and there are so many examples such as Tokyo, Jakarta, New York, Seoul, etc.

Karachi is a megacity located in Pakistan, and this is one of those mega cities where hopes and dreams are not what the residents really need. Their most basic need is actually simple: water. What actually happens between this city and water?

Here in this article we are going to talk about Karachi and its water problem. 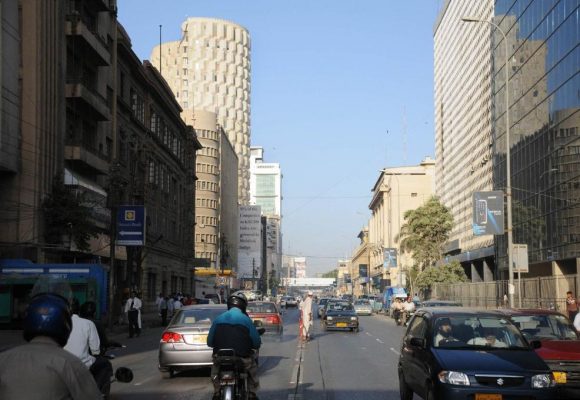 Karachi is a crowded city, just like any other megacities in the world. More than 20 million people live there and they all are human. Why should we mention about human? Because every single one of them has the basic needs just like us.

One of our basic needs is water, and lucky for most of us we get almost unlimited water supply for all our needs our entire life. The problem is, not everyone gets their access to water in Karachi. The city has been struck with drought for decades and people don’t get enough water nowadays.

Every single day, the city requires 1 billion gallons of water or almost 4 billion liters to fulfill the needs of the people. Unfortunately, the city can only supply less than half of it to them. And to make it worse, the water is monopolized by rich people.

Even though the tankers are owned by the government, but money comes first and thirst comes later. When rich people buy the water first from tankers meant to distribute water to those poor people in need, there will be not enough water to be distributed later.

What Happens To Water Sources?

Talking about the water distribution, we must first talk about water sources in Karachi. There are two main sources of water in the megacity, which are Keenjhar Lake and Hub Dam. Keenjhar Lake collects water from Indus River and rainfall, while the dam highly depends only on rainfall to collect water.

Moreover, the lake cannot constantly supply that much water because of rainfall shortage. Rainfall has been diminishing in the past decade in the area due to climate change, and this has been the most influential reason for the city’s water shortage.

Accompanied with poor maintenance of water management and water theft, the two main water sources in the city cannot do much to supply the residents. People in Karachi now need to wait for rare water distribution tankers for every drop of water they need for their daily uses.

Worse, those tankers usually ‘visit’ the wealthy ones first to make more money even though it means they have to use what was meant to be drinking water for filling the rich people’s swimming pool. Yes, the condition in Karachi is that cruel. 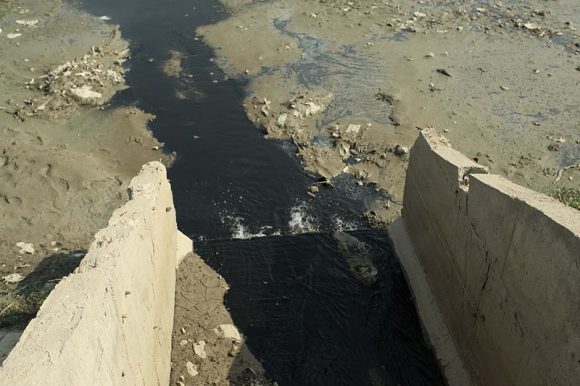 Naturally, the rainfall shortage itself is already a disaster for water distribution. Simply there is not enough water to be distributed when rain doesn’t come. But the condition is made worse by the presence of water thieves and mafias.

Not all water from the lake and dam are distributed with tanker as drinking water, some of it is used to irrigate agricultural fields through canals. This is where the theft happens: some farmers installed diesel engine in the canals to pump water out of it and store it in tanks.

The practice left only small amount of water in the supply chain. Such practice accounts for 25% of water shortage in Karachi, and even though it seems fairly small number, but it accounts for 250 million gallons of water.

The water stolen from the canals are then sold to highest bidder, and to make a bid you have to know the underground people or in other word the mafias. The mafias are the ones controlling illegal water distribution for the sake of money.

This is where water business gets ‘dirty’. The mafias are protecting their ‘business’ no matter what, and they just don’t care if it means they have to spill blood. People literally have lost their lives merely by complaining about feeling thirsty to the mafias.

The Change Happened In Karachi 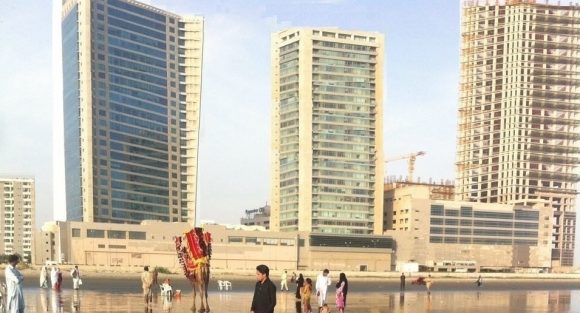 Karachi is a shore city that has hot desert climate. Both factors directly affect why there is so little fresh water the city can get. The city has not natural freshwater source because we cannot dig wells there. Wells dug can only give salt water because it is contaminated with ocean water.

Meanwhile, the hot desert climate means rain doesn’t fall often. Furthermore, climate change affected the city by making rain rarer than usual and summer becomes warmer than it used to be. The already-low precipitation level is made even lower by climate change and heat waves have become more common to happen during summer.

The lake and dam were the only options left for the residents, but water theft and mafia practice diminish people’s hope for fresh water. All of this was started with a silent yet powerful disaster called climate change.

Cities like Jakarta, Tokyo, and Dubai might be the next Karachi if what happened and is still happening to the Pakistani city is copied by those cities. Climate change is a real threat, and preventing it from affecting us is much easier than dealing with it after it actually streaks us.