The earth is a beautiful place to live. It has wonderful animals, photogenic floras, and also incomparable landscape. This planet is also the only place in this solar system that can support life. However, we tend to follow the solar system trend to make planets almost inhabitable by destroying the earth.

A lot of our activities are harmful to the ecosystem of this planet, and we have released at least two biggest threats for it: plastic pollution and climate change. We are to blame for the release of those behemoths, and it has shown its harmful effects nowadays.

Let’s talk about climate change in this article. The monster has caused various problems to not only the environment but also humanity. Severe and sudden droughts strike every single corner of the earth, and icebergs are melting.

Look at the example in Victoria Falls at Mosi-oa-Tunya National Park, Zimbabwe. The infamous falls literally stopped ‘falling’, and now it appears just like a huge standing cliff. This is an emergency call for us, and thus we are talking about this phenomenon. 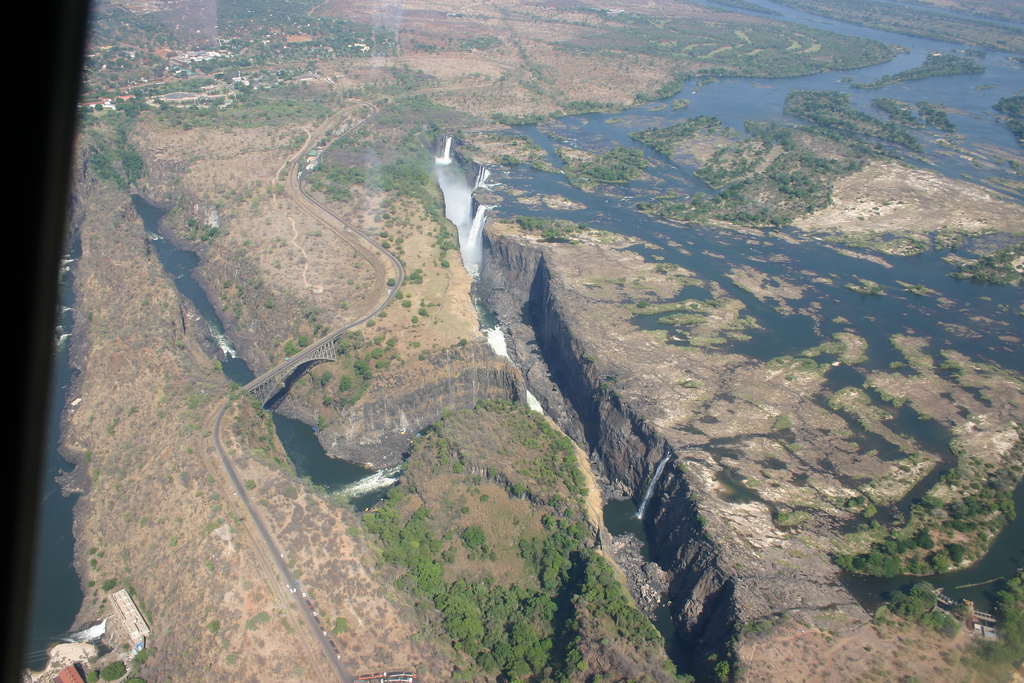 The drought of Victoria falls is just one of many bad things to happen in the area. The drought of the biggest waterfall on earth surely doesn’t mean nothing. When the biggest one has fallen, the smaller ones await.

“In previous years, when it gets dry, it’s not to this extent,” said Dominic Nyambe, a seller of tourist handicrafts to The Guardian. Nyambe owns a souvenir shop in Livingstone on the Zambian side, and the drought sure decreased his income a lot.

“This (is) our first experience of seeing it like this. It affects us because clients can see on the internet (that the falls are low). We don’t have so many tourists,” he said. If you still don’t believe that climate change affects our lives, then he would despise you.

Victoria Falls condition is indeed horrible, with the landscape shows only dry stone stretching for kilometers, and some drops of remaining water in some places. Data showed that the water flow is the lowest since 1995 record.

Zambian president, Edgar Lungu, said that this is a phenomenon to be noticed by all of us. there is a possibility that if we don’t do anything to change the condition, it can happen all around the world. “(It is) a stark reminder of what climate change is doing to our environment,” he said.

Not Only For Tourists 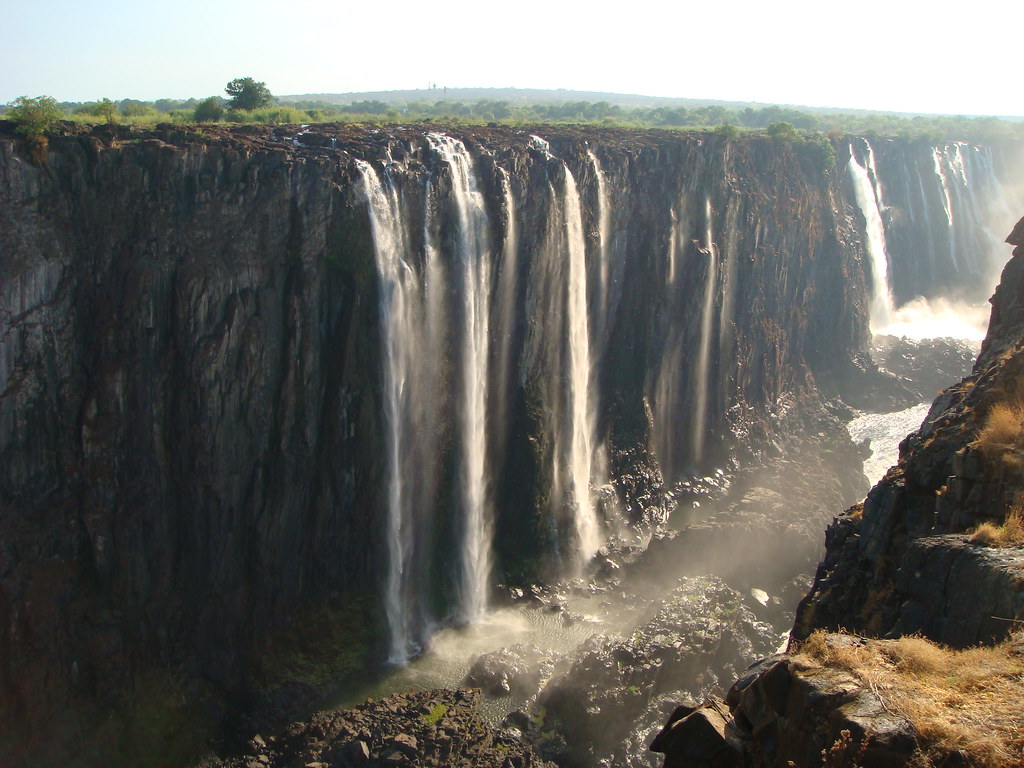 Victoria falls is not only a mere tourist attraction, it means more to people living in the area because it is part of ecosystem and part of their lives. The waterfall is a part of huge stream, which is simply a source of water for them.

The drought informs us that Africa is in a severe drought condition nowadays. Reports said that about 45 million people in the continent are hungry because of crop failure, and the reason behind that failure is the lack of water to maintain the crops.

Taps are also running dry, and it means people there are in need for the most basic things in life: water and food. Since they rely heavily on the stream, they basically have no other reliable source of those resources and can only wait for good things to come soon.

To make things worse, Zambia and Zimbabwe are experiencing power cuts as they are reliant to hydropower plants from the waterfall. Researchers indicated that Southern Africa is experiencing the worst effect of global warming and climate change caused by human.

However, among researchers there are also some who said that this thing is pretty normal. Victoria falls have experienced drought from time to time, and this is not a strange phenomenon at all, they said. But data can’t be wrong, and this is indeed the worst drought in centuries. 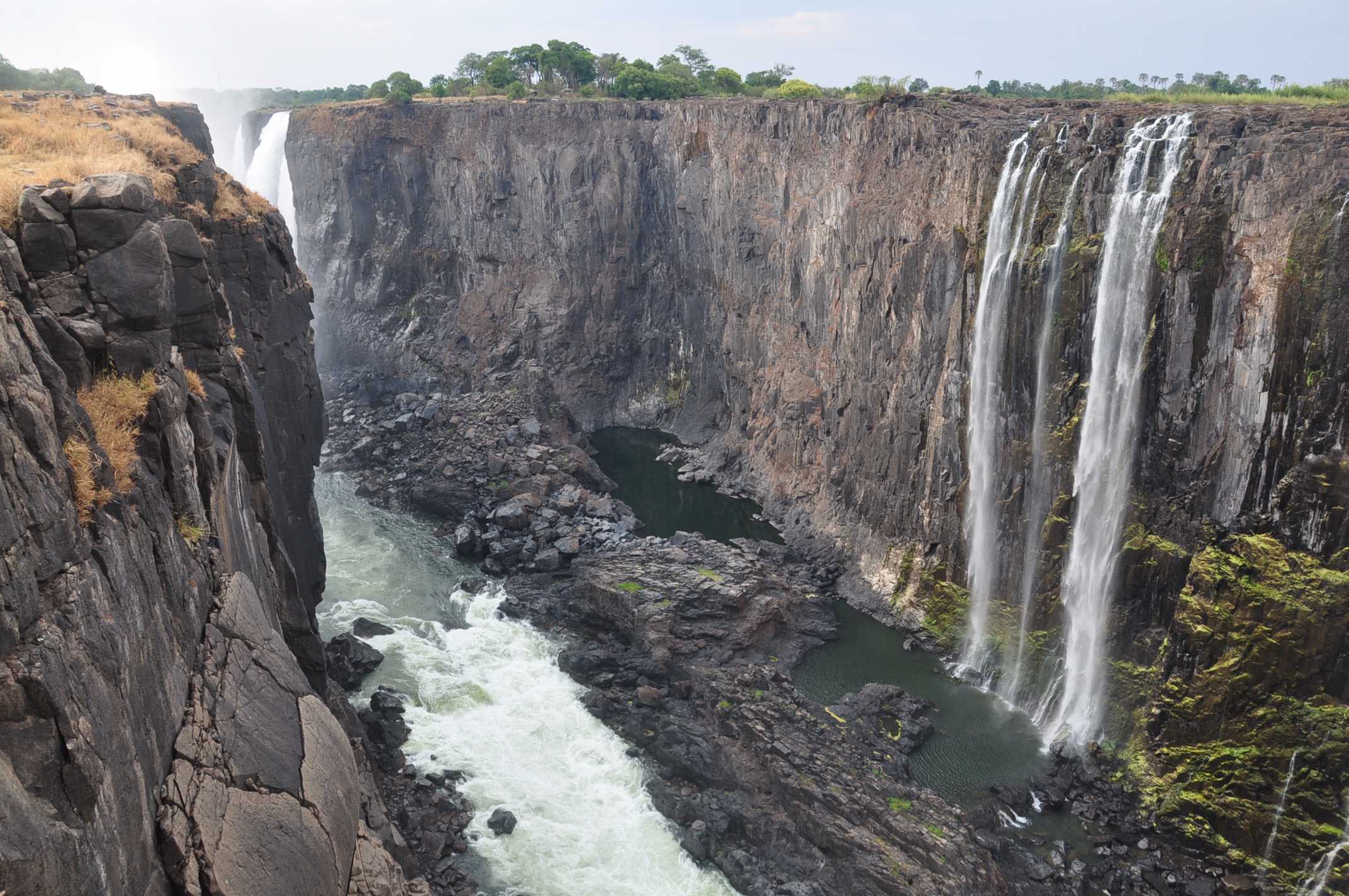 With this drought, people start to name it with a bit sense of humor and call it Victoria Walls instead of Victoria Falls. And maybe, if the prediction is true, we can change the name of the waterfall into it without any doubt.

Not only because the waterfall is drying up, but it is because it hasn’t risen up to predicted date. Yes, it means that Victoria Falls has experienced drought before, but the cycle showed that even the worst drought lasted short and not to this extent.

“Historical figures show that on or around 14 November the river is at its lowest and then gradually starts to rise again around 14 December, once the localized rains start having an impact on the Zambezi,” Wilma Griffith, a marketing executive at the Wild Horizons Lookout Café, a restaurant overlooking the Batoka Gorge, explained.

But up to nowadays, there is still no sign of increasing water level. The same condition appears in other parts of the stream, like Zambezi River and Lake Kariba. We are talking about enormous amount of water missing here.

Data showed that last year, the level of Lake Kariba was 483.06 meters. However, this year it only shows 476.93 meters, 11 meters lower than last year. It might seem like a small number, but talking about Lake Kariba, we are talking about decrease of millions of gallons water. 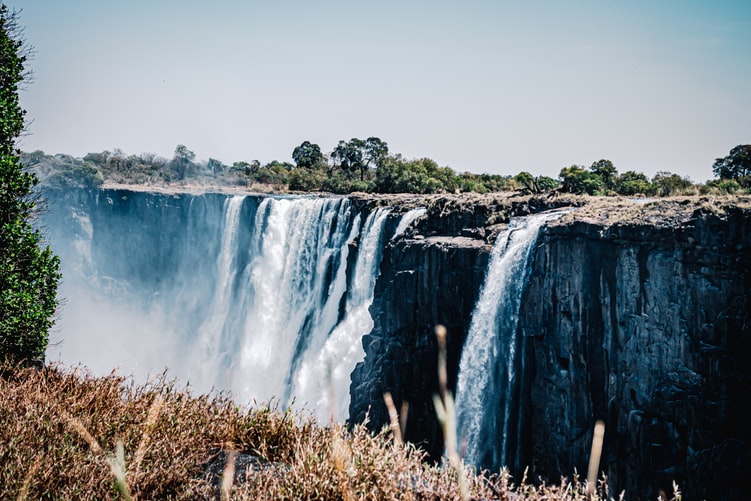 Drought is closely related to climate change. As we know that climate is how atmosphere behaves in over relatively long period, a slight change in that condition can bring huge effect to accustomed environment.

And even though some consider it as a regular thing, but with the record it is definite that Victoria Falls drought is closely related to climate change that happens all around the world. We can see that from how people are not really prepared to what happens today.

The drought is either or both longer and/or more severe. Global temperature is also rising significantly, making everything worse in that dry region. When it is hot, we need more water to cool down, while in the region there is no water to cool down.

Can we do something about it? Yes, we can, but there are two different things we need to do and to concentrate about. First is giving aid to those people in need for short-term solution, and try to revert global climate back to its best condition by changing our lifestyle.

What You Need to Know About Australia’s Recent Drought