One continuous small action will give you the biggest impact possible. Like wise men said, a continuous drip can make a hole in a rock. Meet Jadav ‘Molai’ Payeng, whose simple action, planting trees, has created a forest with his own hands.

He started this amazing act since 1979 when he was just a 16 years old boy. Now, in the age of 54 years old, he still continues to plant more trees in the area of Majuli Island, sandbar of river Brahmaputra, India. It means he has been planting trees for more than 35 years, continuously! 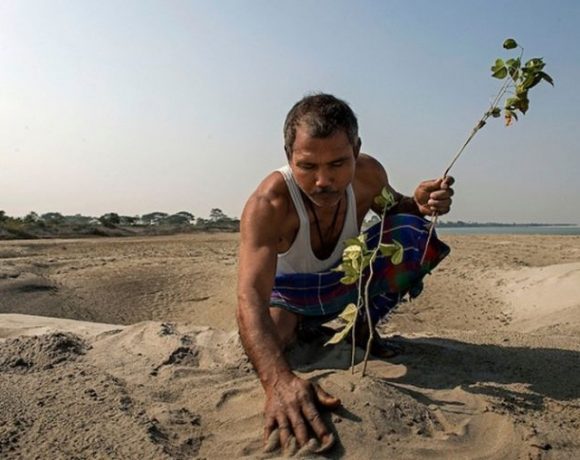 The reason why Payeng do such thing is because he wanted to save his home. Erosion had scrubbed away plants in Majuli Island sandbars, making native species’ lives are threatened. He realized the fact when he saw dead bodies of snakes originated from the area washed ashore.

The river island was under the threat of flood especially in rainy season and in spring. In rainy season, monsoon would erode the shorelines. While in spring, the island was vulnerable to glacial melt from Himalayas supercharges flood water.

Based on the danger that was threatening the island, and if it continued to expand, his birthplace was going to sink in the water. Such scenario would harm he and other 170,000 other residents on that island. So, he decided to start a small act just to save his home.

Payeng was inspired by a reforestation project where he once worked at when he was 11 years old. When other people left the project after completion five years later, Payeng chose to continue plant trees. He started his act to save his home by planting 20 bamboo seedlings on the sandbar.

While nurturing the bamboo he planted, he felt satisfaction in his heart, and thus he decided to create a forest by his own. He started to plant more trees in that area with his own hands and now the area has transformed into a forest. 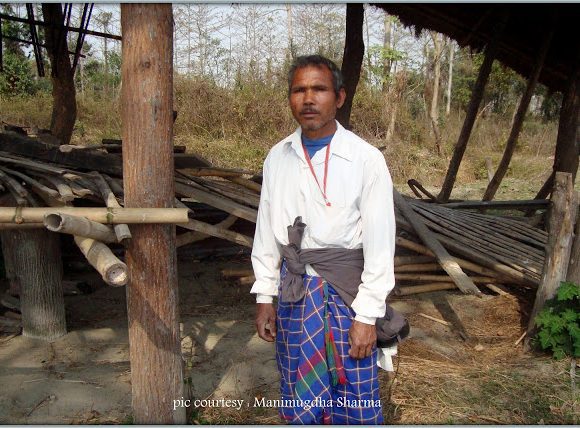 The forest he created is not only saving his homeland from the danger of flood and erosion, but also saved many wild species. The forest is now home to endangered Bengal tigers and Indian rhinoceros, both belong to the world’s rarest animal to be ever found in the wild.

Not only that, in the forest also live over 100 rabbits and deer. The forest is named as ‘Molai’ forest, after the nickname of the creator. Many species of monkeys and birds, including vultures, can also be found in the Molai forest.

A herd of hundreds of elephants regularly seen to visit the forest to breed. Around 10 elephant calves were reportedly born in recent years. Not only visiting the forest for a short stay, those elephants usually spend six months living in the forest.

Not only animals, the forest’s ecological variety can also be seen from various plants growing on that sandbar. There are several thousand kinds of trees including valcol, arjun, ejar, goldmohur, koroi, moj, and himolu. While bamboo, the first vegetation to be planted on the sandbar, cover over 300 hectares. 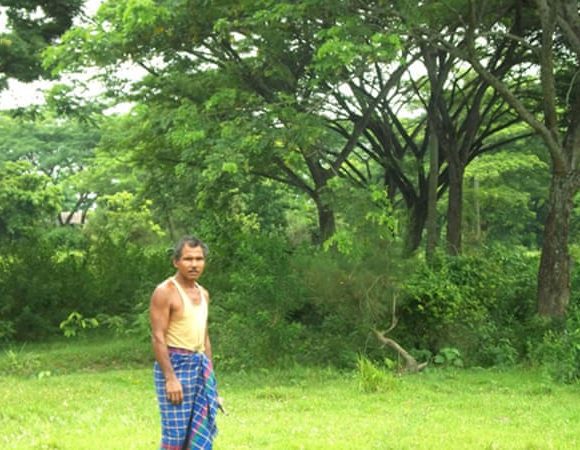 Not every people on this earth can create a forest on his own, and it definitely will bring fame. However, this incredible mission was done not for fame, the 35 years work has only recently been known in 2008. It means that for about 26 years, nobody has ever recognized his work.

Local authorities, by accident, found his forest after chasing for a herd of elephants (that was mentioned before) who ran into the area after causing troubles in Aruna Chapori village. The official, who didn’t know about the existence of the forest was surprised to find such large and dense forest in the area.

They tracked how such forest could grow without any official announcement and help from government. And the search led to the name of an ordinary man: Jadav ‘Molai’ Payeng. Since then, local authorities help the mission brought by Payeng to nurture the forest.

However, their evil plan failed because Payeng who regularly visited the forest noticed the poachers. Payend reported what he found to department officials which promptly seized various articles used to trap the rare India rhinoceros. 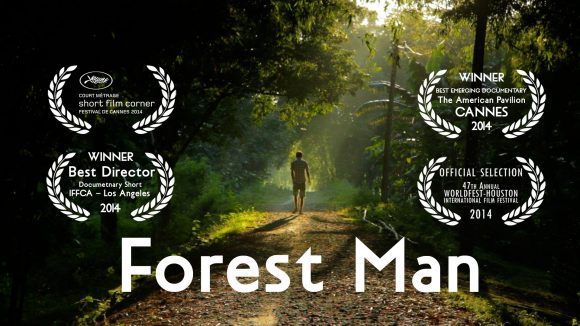 Although his work has been known to local authorities, but the inspirational story was not known to the rest of the world. Not until a photographer named Jitu Kalita published an article in local language in 2010. Kalita befriended and mentored Payeng about his mission since after.

The posts that Kalita published gained Payeng worldwide attention, making the 28 years of effort to save his homeland a famous story all around the world. A number of achievements was given to him to appreciate the amazing work Payeng has done.

In 2012, the first honor was achieved by Payeng from Jawaharlar Nehru University for his remarkable work. Since then he is often appointed to share his inspirational story. Sopory even named Jadav Payeng as “Forest Man Of India” because he could single handedly create a dense forest.

A number of documentaries also responsible of spreading the story of Payeng. His friend, Jitu Kalita is the first one to document his inspirational work. The work was published in a documentary titled “The Molai Forest”, published in 2012.

William Douglas McMaster, who created a documentary entitled Forest Man in 2013 brought home the award of Best Documentary. Not in a smaller movie festival, but the award was given in one of the most famous film festivals, Cannes Film Festival.

Nowadays, looking on his success to create a forest, Payeng is ready to bring his mission to outside world. In addition to nurturing the Molai Forest, he now intends to spread his forest to other sandbars in Brahmaputra river, and even all around the world.

Aren’t you inspired with the work of Jadav Payeng? So, start your own story from now.