You are here: Home / The Species / NASA Is Obsessed About Phytoplankton. What’s So Special?

The creature is phytoplankton, microscopic organism that live in water bodies both freshwater bodies (like river, lake, and swamp) and saltwater bodies which is ocean. Phytoplankton is actually not a single organism, but rather a group of many tiny living things like bacteria, protits, and single-celled plants.

So, they all different, but what’s common from all those organisms? The answer is their ability to do photosynthesis processes. This is also the answer for the earlier question above because this is the ability that they own which can save the earth.

What’s more about the organisms that even NASA are studying it? In this article let’s talk about phytoplankton and how it can save this lonely huge planet. 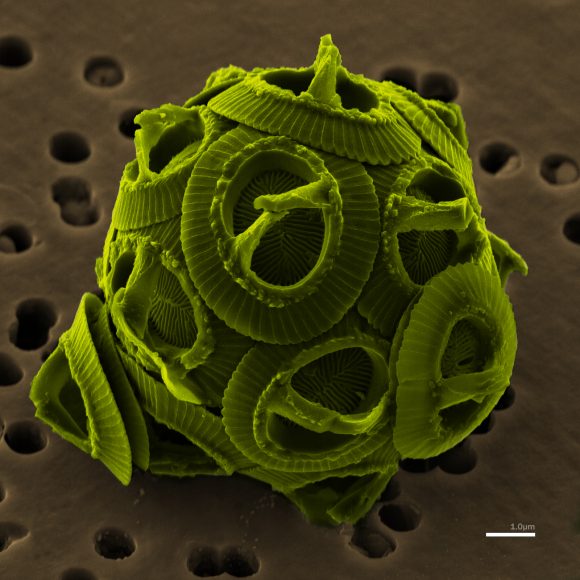 Phytoplankton, despite being microscopic plays critical role in the environment they are inhabiting. “Phytoplankton are critical to the marine food web, being the primary producers of food for the oceanic food web, from zooplankton to fish and shellfish to whales,” as Mike Carlowicz, Chief Editor at NASA Earth Observatory wrote.

In short, we can say that phytoplankton are the base of ocean’s and other watery bodies’ food chains. Without their existence, there will be no other bigger marine creatures able to survive due to lack of food source.

But that’s not the only important thing they do. Just like mentioned above, they are also oxygen suppliers for the whole world. Scientists estimated that phytoplankton alone provide about 50% of the oxygen in the atmosphere.

Like we mentioned before, those oxygen atoms were released by the organism as a process of photosynthesis, thus we know that they are not only providing oxygen but also helping us to absorb carbon dioxide from the atmosphere.

Thus, despite being so tiny, even microscopic, these creatures can contribute much to this planet. Even more than what our species can do, probably. This is the reason why NASA are interested in studying about the organism. 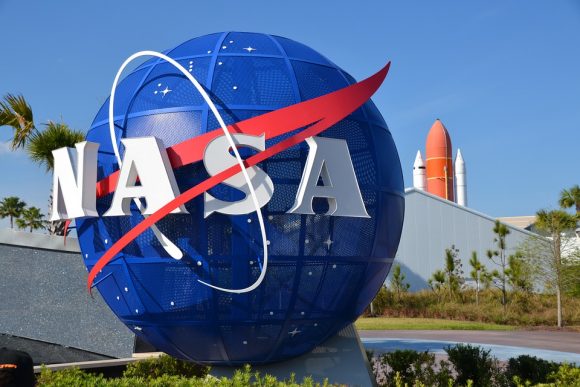 The project that NASA carried to study about this organism is called North Atlantic Aerosols and Marine Ecosystems Study or NAAMES. This project is a five-year investigation for learning about how climate change affect this organism.

“NAAMES is a study to understand the annual cycles of ocean plankton, how they are recreated each year, and how they give rise to seasonal plankton blooms that support the world’s great fisheries and take up massive amounts of carbon,” said Mike Behrenfeld, the principal investigator for NAAMES.

Just like we said before, the organism is responsible for about half of the earth’s atmosphere. But that’s not the only point. About 50% of carbon dioxide in the atmosphere ends up in the ocean, and this creature is processing huge amount of it but turning it into oxygen mentioned above.

Phytoplankton population is spread unevenly throughout the world, there are places that are scarce of it and in some other places the population is plenty. And North Atlantic is the right place to visit if you are interested in studying about the organism.

The largest bloom of phytoplankton in this earth is located in North Atlantic. Not only there is so much of it, but there are various species of phytoplankton too in the area. Behrenfeld even said that the area is “a veritable plankton pageant”. 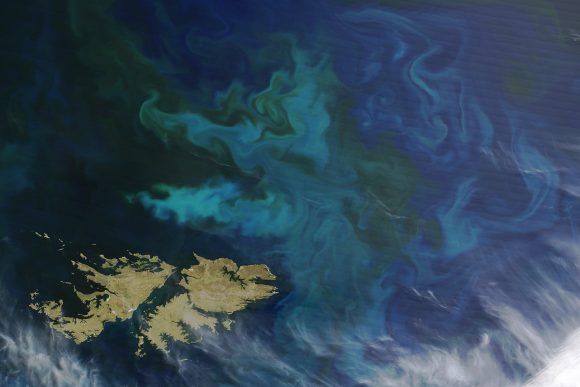 Phytoplankton doesn’t bloom all year long, just like other kinds of plants are. “The rate at which they are dying is almost perfectly matched with how fast they grow. The faster they grow, the faster they die. The only way they can bloom is if they get away from their predators. When they grow faster than the guys eating them, they’ll bloom,” said Behrenfeld.

Late spring to early summer is the time when this organism is at its top blooming, many researchers consider this season is the right time to go out to the ocean to learn about phytoplankton. But it is not a special investigation for NASA if they don’t do more thorough and detailed study of it.

“Most scientists studying the bloom head to sea during its climax in late spring and early summer,” said Rich Moore, Deputy Project Scientist at NAAMES.“We did that, but we also went out during the other seasons to fully capture the minimum and transitions of the bloom,” he added in the statement.

And in this thorough project, they discovered some important news about phytoplankton that we have never thought of. Everything in this nature is connected and this organism is playing a very important role while having very strong connection to the condition of the nature. 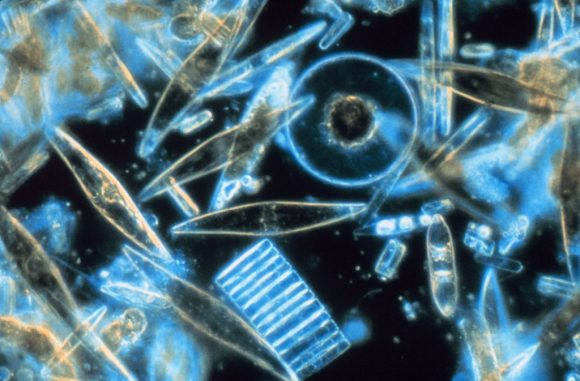 “These small particles become aerosolized, which means they get lofted out of the ocean and into the atmosphere by wind and breaking waves, where they become the condensation nuclei around which water droplets form,” she added. From that statement, we know that phytoplankton population can be linked to cloud formation.

Second thing the researchers found out is that the population of this organism is highly dependent on the condition of environment. Talking about it further, they are also affected by changes in environment caused by global warming and climate change.

“As the climate warms, phytoplankton growth rates go down and along with them the amount of carbon dioxide these ocean plants consume. That allows carbon dioxide to accumulate more rapidly in the atmosphere, which would produce more warming,” Behrenfeld explained.

From those explanations, we know that this organism is the total opposite of our species to the nature. More of them on earth is good for the nature, while we are the ones destroying it. Do you still feel superior?