You are here: Home / Eureka Green / Dutch Company Produces Paper Bottle That Will Degrade In A Year

Paper bottle might be a little bit perturbing for you, especially talking about beverages it contains. Naturally, water beats paper, and paper bottle means that it would not contain the liquid pretty well compared to plastic.

However, plastic has been our archenemy for more than a century. Even though plastic bottle is the favorite for many takeaway beverage companies, but every single plastic bottle produced has not been decomposed today and lettering our ocean.

Avantium, a Netherlands-based biochemical company has solved the problems. They have discovered a kind of ‘paper’ bottle made from plants that can contain any kind of liquid beverage starting from soda, beer, to mineral water.

Here in this article we are going to talk about this innovation and how it might change the future. 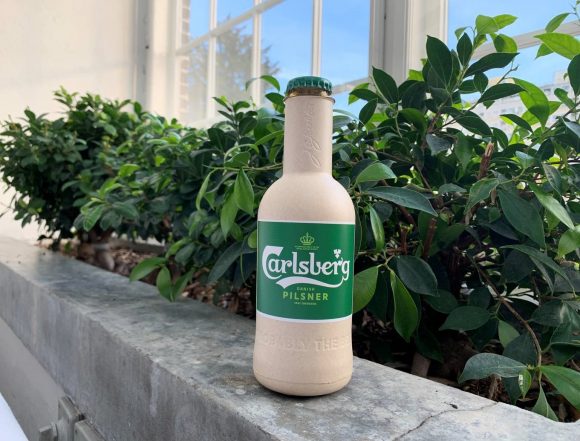 Yes, paper bottle might be upcoming trend when it is released to public. The world is suffering from plastic waste, including plastic bottles, that requires almost one eternity to decompose naturally if not being recycled.

It might end the trend of using not only plastic bottle but also glass bottle to contain beverages in the future. Plant-based paper bottle is much easier to decompose naturally, and it requires less energy to produce compared to its plastic and glass counterpart.

The breakthrough was made by Avantium. It is a biochemical company that states to “believe in fossil-free world”. That’s why, most of what they do is to develop “innovative chemistry technologies across industry value chains in order to produce chemicals and materials based on renewable feedstock instead of fossil resources”.

From the statements, we get a catch that it is not only working on one product, but also a bunch other thing. Most of them are meant to resolve our current environmental problems such as fossil consumption and plastic waste.

Among the things they are working on, plant-based paper bottle is said to be the milestone for their works. “It is a milestone in the development of high-value applications such as specialty bottles,” said Marcel Lubben, Avantium’s Managing Director.

Paper Bottles Degrade In One Year 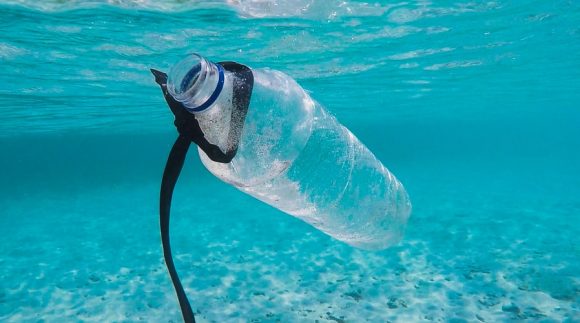 But wait, can actually paper bottle sustain the natural order of being beaten by liquid? Well, this is what the company is proud of. They have developed a kind of paper that’s winning against liquid, meaning it can contain any sort of liquid beverage without being soggy.

The secret is to make the plant-based paper bottle having similar characteristics just like plastic. The company does it by utilizing sugar. Sugar is known to contain the same carbon, hydrogen, and oxygen atoms found in plastic, even though the arrangement of the atoms is different.

By rearranging the atoms with biochemical technologies, the company is able to form a sort of ‘plastic’ that can withstand liquid beverages without being soggy or event being diluted. However, this kind of ‘plastic’ is biodegradable.

The product is said to be able to break down in just a year in natural environment, and up to 3 years if kept exposed to carbonated beverages in stores. In short, this product is a plant-based paper with characteristics similar to plastic. It has the strength of plastic bottle, but is as easy as paper to be decomposed naturally.

“This plastic has very attractive sustainability credentials because it uses no fossil fuels, and can be recycled, but would also degrade in nature much faster than normal plastics do,” said Tom van Aken, Avantium’s chief executive.

The reason why the company is proud of their innovation is that the project is supported by many stakeholders. “The Paper Bottle shows how we, together with partners, can use innovation to help shape packaging for a circular and sustainable future” Lubben explained.

The biggest stakeholders are beverage companies starting from beer companies like Carlsberg, and soda companies including Danone and Coca Cola. In short, after the development of paper bottle, the product has already strong support from the biggest plastic-bottled and glass-bottled beverage producers.

For the first batch of production, the company plans to start small by producing only 5,000 tons of plant-based bottle a year. But it doesn’t mean that the number will stay small. Avantium plans to multiple the production once the trend has spread and public has started to accept the green innovation.

Currently, the company is using sugars from sustainable biowaste to avoid affecting global food source, especially during this coronavirus pandemic. However, in the future, they plan to focus on getting their own source of sugar for the products.

Further, they also plant to dig deeper by finding what kind of plants that they can harvest the sugar contents and make use of. Still, their mission is to make their products as sustainable as possible without harming the earth. 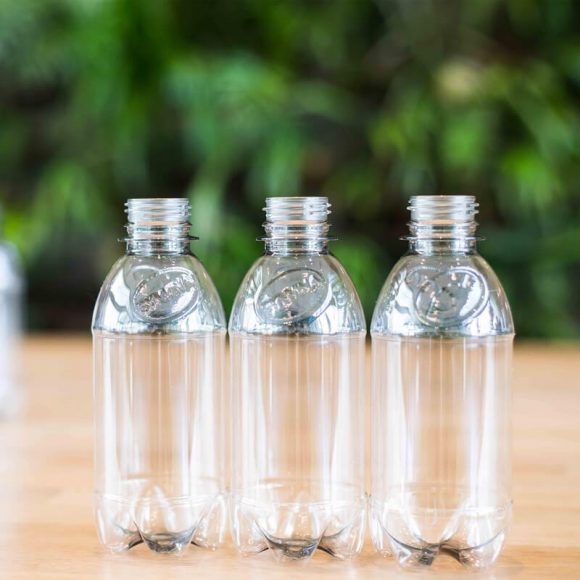 With additional nearly 300 million tons of plastic products produced each year, our planet has been choking on plastic. Big part of it is in the shape of plastic bottle, even every single plastic bottle that has been produced is still waiting for another millennium to decompose.

Avantium and its partners plan to release the product to the stores as soon as 2023. Coca Cola and Carlsberg are the two beverage companies that will ‘sacrifice’ themselves as the ‘guinea pig’ for this new innovation of trend.

Van Aken said that Avantium is going to propose a mega project of world-leading bioplastics plant in the country by the end of 2020. If the mega project is successful, looking on this coronavirus-related condition, the company would open itself for partnerships with other food and beverage companies starting from summer 2021.

So, will this be the end of plastic bottle? We will see. The most important part in this innovation is the support and reception of public. The two beverage companies mentioned earlier are two of the most successful ones on earth, and their success highly depend on public reception.

Therefore, we as the consumers also play important part in this case. The companies also need our support to maintain the positive trends because this is not science fair project. If we really want to end plastic bottle era and start a better era, we have to take part in it.