You are here: Home / Eureka Green / We Can Upcycle Plastic Waste into Valuable Molecules

When we started using plastics about 70 years ago, not much thought was given to the implications of their lifespan and the fact that they can take centuries to decompose.

Consequently, as plastics have diversified and become easier to manufacture, the planet is now straddling some 8.3 billion tons of the stuff without enough technology or incentives to shrink that growing pile. Plastic is cheaper and easier to produce and throw away than it is to recycle.

How? With a one-pot, low-temperature catalytic method that upcycles polyethylene (a polymer that is found in about a a third of all plastics produced, with a global value of about $200 billion annually) into high-value alkylaromatic molecules that are the basis of many industrial chemicals and consumer products.

“Here’s a potential solution,” said Scott, who with her colleagues has now published their research in the journal Science. Their effort, she said, is one in a growing list of possible measures that can be taken to turn plastic’s linear, wasteful economy into a more sustainable, circular one.

“This is a demonstration of what can be done,” she said.

A Second Life for Waste Plastics

There’s no denying that modern existence owes a lot to plastics, from the packaging that keeps foods fresh, to the sterile materials used in medical applications, to the cheap, lightweight parts that go into many of our affordable, durable goods.

“There are many positive things about plastics that we have to keep in view,” said Scott, a professor of chemistry and of chemical engineering at UC Santa Barbara, who holds the UCSB Mellichamp Chair in Sustainable Catalytic Processing. “At the same time, we realize that there is this really serious end-of-life issue which is an unintended consequence.”

The property that makes plastics so useful is also what makes them so persistent, the researchers explained. It’s their chemical inertness — they generally don’t react to other components of their environment.

“You can put one of these pipes in the ground and a hundred years later you can dig it up and it’s exactly the same pipe and it keeps your water completely safe,” Scott said.

But this quality of inertness also makes plastics very slow to break down naturally and very energy intensive to do so artificially.

Though much research effort has been spent on learning how to reduce plastics to their basic components for sustainability purposes, the energy cost “has plagued the field for a long time,” the researchers said.

Even the benefit of converting these building blocks into high-value molecules is limited when it’s cheaper to do the same from extracted petroleum.

“On the other hand, if we could directly convert the polymers to these higher-value molecules and completely cut out the high-energy step of going back to these building block molecules, then we have a high-value process with a low energy footprint,” Scott said.

That innovative line of thinking produced a new tandem catalytic method that not only creates high-value alkylaromatic molecules directly from waste polyethylene plastic, it does so efficiently, at low cost and with a low energy requirement.

“We brought the temperature of the transformation down by hundreds of degrees,” Scott said.

Conventional methods, according to the paper, require temperatures between 500 and 1000°C to break down the polyolefin chains into small pieces and reassemble them into a mixture product of gas, liquid and coke, while the optimal temperature for this catalytic process hovers in the neighborhood of 300°C.

The relatively mild reaction condition helps break down polymers in a more selective way to a majority of larger molecules within a lubricant range, the researchers explained. “And, we simplified the number of steps in the process because we’re not doing multiple transformations,” Scott said.

In addition, the process requires no solvent or added hydrogen, just a platinum on alumina (Pt/Al2O3) catalyst for a tandem reaction that both breaks those tough carbon-carbon bonds, and rearranges the polymer’s molecular “skeleton” to form structures with those characteristic six-sided rings.

High-value alkylaromatic molecules that find widespread use in solvents, paints, lubricants, detergents, pharmaceuticals and many other industrial and consumer products.

“Here, during aromatics formation from polyolefins, hydrogen is formed as a byproduct and further used to cut the polymer chains to make the whole process favorable. As a result, we get long-chain alkylaromatics, and that’s the fascinating outcome.”

This method represents a new direction in the lifecycle of plastics, one in which waste polymers could become valuable raw materials instead of winding up in landfills, or worse, in waterways and other sensitive habitats.

“This is an example of having a second use, where we could make these raw materials more efficiently and with better environmental impact than making them from petroleum,” Abu-Omar said.

Research must still be conducted to see where and how this technology would be most effective, but it’s one strategy that could help mitigate the accumulation of plastic waste, recoup their value and perhaps reduce our dependency on the petroleum that plastics come from.

“We dig a hole in the ground, we produce, we make, we use, we throw away,” Abu-Omar said. “So in a way, this is really breaking that way of thinking. There’s interesting science to be done here that will lead us into new discoveries, new paradigms and new ways of doing chemistry.” 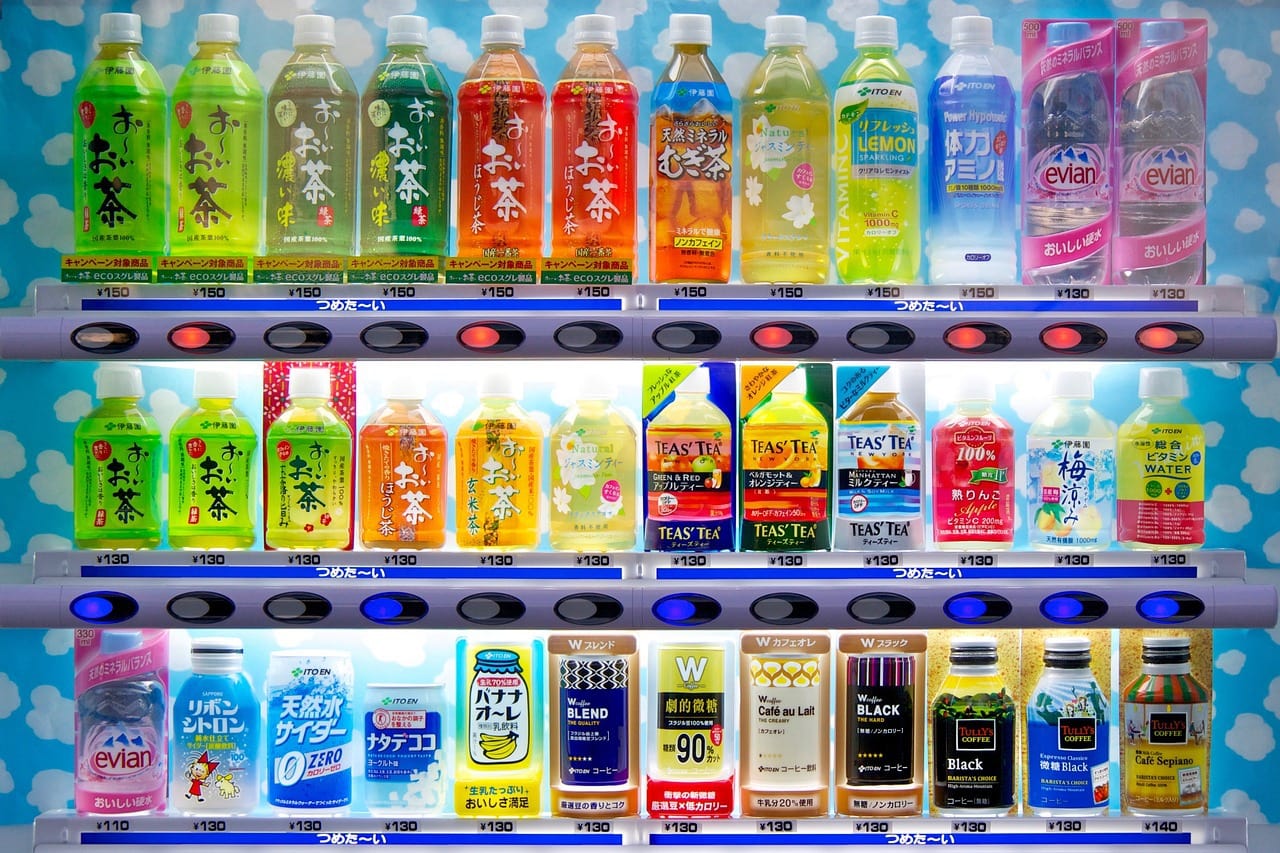 UC Riverside engineers have developed a way to recycle plastic waste, such as soda or water bottles, into a nanomaterial useful for energy storage.

Mihri and Cengiz Ozkan and their students have been working for years on creating improved energy storage materials from sustainable sources, such as glass bottles, beach sand, Silly Putty, and portabella mushrooms. Their latest success could reduce plastic pollution and hasten the transition to 100% clean energy.

“Thirty percent of the global car fleet is expected to be electric by 2040, and high cost of raw battery materials is a challenge,” said Mihri Ozkan, a professor of electrical engineering in UCR’s Marlan and Rosemary Bourns College of Engineering.

“Using waste from landfill and upcycling plastic bottles could lower the total cost of batteries while making the battery production sustainable on top of eliminating plastic pollution worldwide.”

In an open-access article published in Energy Storage, the researchers describe a sustainable, straightforward process for upcycling polyethylene terephthalate plastic waste, or PET, found in soda bottles and many other consumer products, into a porous carbon nanostructure.

They first dissolved pieces of PET plastic bottles in a solvent. Then, using a process called electrospinning, they fabricated microscopic fibers from the polymer and carbonized the plastic threads in a furnace.

After mixing with a binder and a conductive agent, the material was then dried and assembled into an electric double-layer supercapacitor within a coin-cell type format.

When tested in the supercapacitor, the material contained the characteristics of both a double-layer capacitor formed by the arrangement of separated ionic and electronic charges, as well as redox reaction pseudo-capacitance that occurs when the ions are electrochemically absorbed onto surfaces of materials.

Though they don’t store as much energy as lithium-ion batteries, these supercapacitors can charge much faster, making batteries based on plastic waste a good option for many applications.

By ‘doping’ the electrospun fibers prior to carbonization with various chemicals and minerals such as boron, nitrogen, and phosphorous, the team plans to tune the final material to have improved electrical properties.

“At UCR, we have taken the first steps toward recycling plastic waste into a rechargeable energy storage device,” said doctoral student and first author Arash Mirjalili. “We believe that this work has environmental and economic advantages and our approach can present opportunities for future research and development.”

The authors believe the process is scalable and marketable, and that it represents major progress toward keeping waste PET out of landfills and the oceans.

“This demonstration of a new class of electrodes in the making of supercapacitors will be followed by a new generation of Li-ion batteries in the future, so stay tuned.”