You are here: Home / The Species / These Sharks Might Have Eaten More Vegetables Than You

Sharks are pictured as the most vicious and cruelest fish in the world. Beside jellyfish, sharks are the biggest fear a surfer can have, mainly because of its carnivorous nature and its hunting ability which is said to allow it to smell a drop of blood from miles away.

Maybe there is only one shark that we are less scared of, which is Bruce in Finding Nemo. “Fish are friends, not food,” is the commitment that Bruce holds firm. And the reason why it chose to commit to this pledge was because Bruce is a vegetarian shark.

You might think that Bruce and its commitment is just a comedic depiction of shark. But actually, vegetarian sharks exist in this cruel world. New study published by researchers from University of California-Irvine and Florida International University found out a species of shark whose diets contain a huge amount of plant.

Finding it strange and nearly impossible? That’s why in this article we are going to talk about the vegetarian sharks. 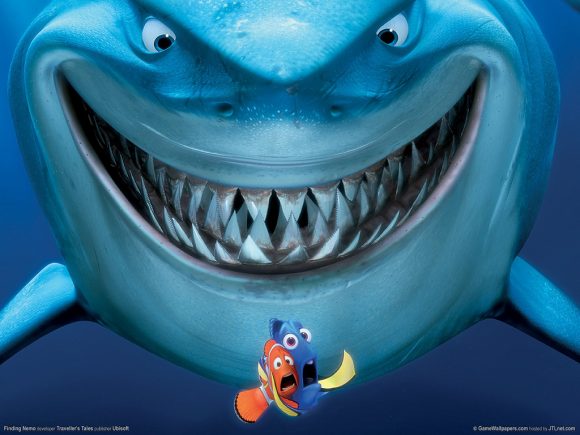 To say that this shark is fully a vegetarian might not be very accurate, the term that we can use to tell this shark’s eating behavior is pesco-vegetarian, or most people call it as pescetarian. The shark still eat smaller fish, but ‘vegetable’ is a significant part of its diet.

The pescetarian shark is bonnethead shark, or some know it by the name of shovelhead shark. Being a small member of hammerhead shark, it is an abundant shark species in warm waters around central America.

Actually, eating seagrass is not that rare in any shark’s life. While swimming around or hunting, sharks may incidentally munching on seagrass. But the case is different with bonnethead sharks, because researchers found out that this species of shark is eating large amount of it.

Seagrass can make up more than half of bonnethead shark’s diets. That amount of seagrass consumed is uncommon, that researchers even consider that bonnethead sharks can somehow digest it like any other omnivorous animals digest plants.

“Even if it is incidental, it is a very large amount of grass, so they have to be able to process that somehow,” said Samantha Leigh, a Ph.D. candidate at the University of California, Irvine who is also a National Geographic explorer. 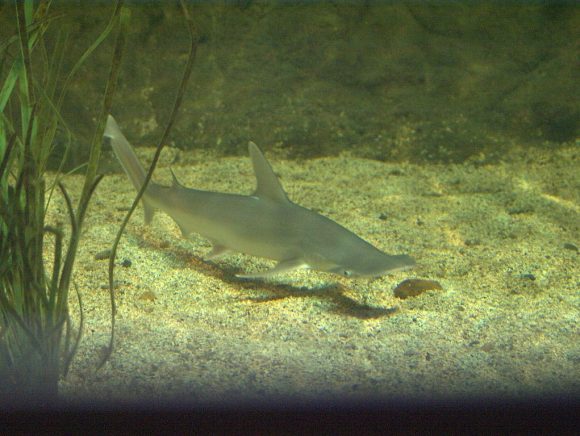 So, is the shark a true omnivore since it eats both meat and plant? Researchers are still conducting further research about it. The indicator of whether bonnethead shark is a true omnivore or not is the purpose of it consuming seagrass.

In order to be considered a true omnivore, bonnethead shark must only consume the seagrass for its nutritional value. Even if the shark doesn’t get much nutritional value from it, at least seagrass is an alternative source of energy for the shark.

But scientists currently haven’t figured out whether eating seagrass is done intentionally or not by the shark. Let alone whether the habit has any purpose for the bonnetheads. So, to unravel the mystery, researchers are trying to find any exhibits that bonnethead sharks can actually digest plants.

This case is pretty similar to the behavior of Pandas, whose favorite food is bamboo. As a kind of bear, logically pandas should be carnivores. However, rather than eating meat, the black and white animal’s diets is mainly bamboo. And by mainly consuming bamboo, they can survive.

“It’s very likely they have some sort of microbiome living in their gut that is producing some of the enzymes that they need to break down this plant material, which is something we commonly find in omnivorous and especially herbivorous species,” said Leigh. 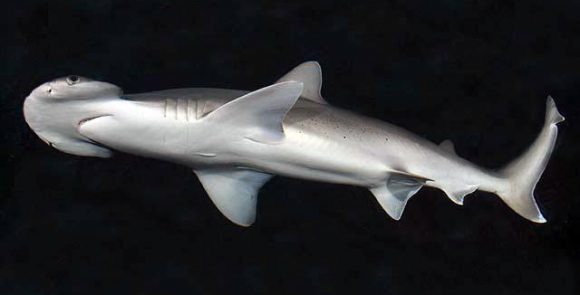 “Understanding how the consumption and digestion habits of bonnethead sharks impacts seagrass ecosystems is important as these ‘omnivores’ may stabilize food web dynamics and even play a role in nutrient redistribution and transport,” Leigh explained.

One thing that the researchers discovered from this fish’s eating behavior is that younger bonnethead shark’s diets consists of more seagrass than the older ones. From this fact, other researchers concluded that seagrass is the wrap their foods come in.

Unlike what Leigh believes, that the shark is actually omnivorous, Bethea prefer to believe that those seagrass found in the stomach of the sharks is the result of their hunting habit. Younger ones have less hunting skills while adults are more experienced to do it without incidentally swallowing seagrass.

“We don’t think they’re out there eating salad,” said Dana Bethea, a biologist at NOAA Fisheries in Florida. As younger and less experienced bonnetheads, the younger ones eat more seagrass because their preys live around the aquatic plant.

But by the time they grow into adult bonnetheads, they start to learn how to hunt for food effectively and how to feed simultaneously without swallowing seagrass too. “There’s a lot of prey handling learning that goes on in the younger life stages until they get to be bigger and really get their mouths around what they’re feeding,” Bethea said.

Not The First Vegetarian 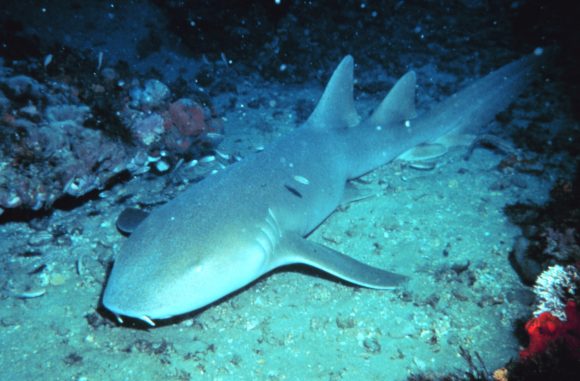 Finding a species of shark whose diets consist of about 50% (and more in younger ones) seagrass is surely surprising. However, bonnethead sharks are not the first shark to be discovered ‘intentionally’ eating vegetables.

A nurse shark named Florence that lives in Birmingham National Sea Life Center in England is known to be the first vegetarian shark. However this is not a wonder nor miracle, but a result of long-lasting trauma with meat.

Florence once almost died because following its instinct to hunt for meat. Its last meat in the wild was apparently a bait used by fishermen. When conservationists first discovered Florence, a huge fishing hook stuck in its upper jaw.

The hook brought her enormous pain and long-lasting trauma which lasts up until now, even after the hook has been removed and her jaw has completely healed. Nowadays, the only head that this poor shark will crush is head of lettuce.

Florence even developed a kind of hate toward meat, that to provide the shark proper nutrition the keepers have to hide slices of meat in the vegetables. “We’re having to hide pieces of fish inside celery sticks, hollowed out cucumbers and between the leaves of lettuces to get her to eat them,” said Graham Burrows of the Sea Life Center.