You are here: Home / Hello Earth / Our Plastic Waste On Land Is Harming Soil Species Too

Plastic problem is one of our biggest problems on earth. Don’t you know that we have produced about 6,300 metric tons of plastic waste since 1950? And don’t you know also that most of it hasn’t decomposed yet?

The problem is, from all of plastic waste produced since 1950, around 80% went into landfill and are still there, or leaked into natural environment. By natural environment, we mean both the ocean and the land without any exception.

Of course, we cannot let this series of unfortunate event continue. Let alone after newest study found that on land plastic waste is as disruptive to the ecosystem as it is in the ocean. Yes, you didn’t read it wrong. Just as horrible as it goes in the ocean, plastic waste also affects soil species.

How can it happen? Will it affect our future as well? Here in this article we will talk about it.

Talking about plastic pollution, of course we have to talk about how it is devastating marine ecosystem. A lot of plastic we produce are light enough to be carried by water flow, and that’s the reason why big chunk of plastic waste goes into the ocean.

We have so much plastic waste going to the ocean that even it forms small ‘islands’ in pacific ocean called Great Pacific Garbage Patch or Pacific Trash Vortex. And you didn’t read it wrong, because it is not only one ‘island’, but two ‘islands’ which are Western Garbage Patch and North Pacific Subtropical High.

Of course, those patches consist of mostly floating plastic waste from land, in addition to used fishing gears. The effect of those two islands, and smaller patches of plastic waste floating in the ocean can both directly and indirectly affects marine organisms.

First effect that’s more direct is strangling them to death or disabled. No animal is born with instinct like Houdini. They don’t have any idea about how to escape being strangled by plastic waste, and since the ability to move is so important for them, it can torture them to death.

The second effect that’s a kind of silent killer is when plastic waste floating in the ocean dissolve or decompose slowly. It will result in either toxic chemical or tiny microplastic particles, and enter the bodies of marine animals. Yes, this silent killer kills slowly from the inside. 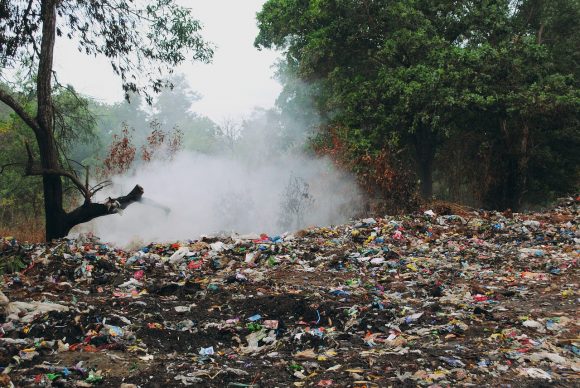 Now, let’s talk about how plastic waste also affects land ecosystem. While we know that another big chunk of plastic waste ends up in the landfill, there is significant amount of it buried underground and doesn’t go anywhere until it is naturally decomposed.

The behavior of plastic waste in the ocean and on land must be different because no creature would swim inside the soil, right? Apparently, it doesn’t work that way. Plastic waste on soil species is as disruptive as it is in the ocean.

The fact is, there are abundant species of soil species living in the soil and on it but get the nutrients from soil. And since plastic waste is more concentrated on land than it is in the ocean, those organisms suffer no less than marine organisms.

Plants are one of the examples. Even though it grows above the ground, but its roots are digging deep into the earth, and the presence of tiny microplastic particles (also the toxins that it produces) in soil hamper their growth.

In addition to that, researchers in China found that even tiny creatures like earthworms and snails are affected directly with the presence of microplastic. “Recent studies have reported harmful effects of microplastics on various groups of soil fauna such as earthworms, snails, collembolans and nematodes,” as stated in the journal published in Royal Society Publishing.

“This is because microplastics can be ingested and induce toxic effects on some groups of soil fauna, disturb the symbiotic microbiota in the soil fauna gut or inhibit movement of soil microarthropods by filling soil pores,” as stated in the journal. 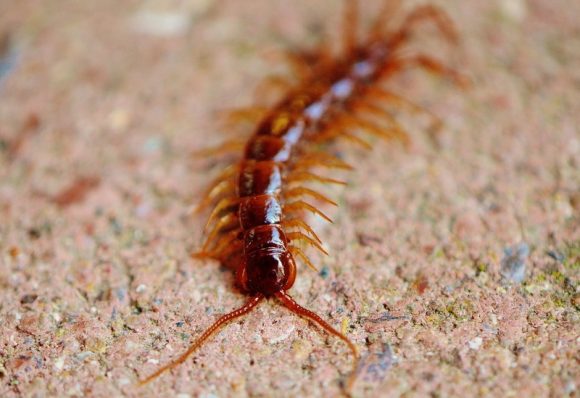 As mentioned above, below the surface, we have enormous number of organisms. It includes worms, larvae, soil-dwelling mites, and other tiny-creatures. Most of those creatures play important role in keeping the soil fertile and healthy.

In another study, it has been stated that the presence of microplastic in soil hampers the growth of earthworms. Again, it will affect the fertility of soil for plantation, and even plants already growing on it will face consequences.

“After a period of 30 days in the presence of HDPE, which is commonly used in the production of plastic bottles and carrier bags, they found that rosy-tipped earthworms (Aporrectodea rosea) lost on average 3.1% of their weigh,” as stated in the paper.

While for other fauna bigger than the underground community, it affects their food chain. Take for example birds which are scavenging for soil species. Even though they would never eat plastic directly, but consuming contaminated food means they contaminate themselves with it. And the chain goes on and on.

“Soil organisms interact within complex food webs in nature, and changes in one or several groups of soil organisms can have further consequences on the abundance, diversity and functioning of other groups in the food web,” the researchers explained. 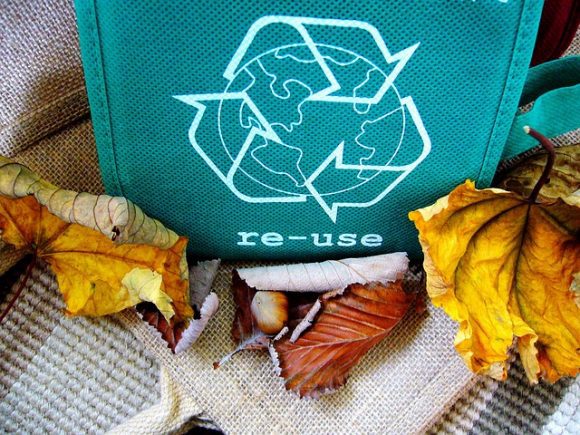 The only option we have reduce our massive amount of plastic waste is to recycle it. However, our recycling efforts still doesn’t have that much impact, since we don’t recycle enough amount of plastic even with advanced technologies we have nowadays.

One plastic recycling innovation worth noticing is to combine plastic waste into asphalt to make road. However, it has not earned enough attention from the world, and only in specific places like Bahrain, United Kingdom, India, and Australia have already applied it.

However, with so much plastic waste we have already produced, we need another weapon as strong as recycling. The weapon we need is just a word: NO. Saying no to plastic might seem easy, but looking on how plastic is included in so many products we consume every day, it can be a real challenge.