A new paper by Oregon State University researchers found that solar energy helps us in the future. Co-developing land for both solar power and agriculture could provide 20% of total electricity generation in the US. Moreover, it costs less than 1% of the annual US budget.

Furthermore, wide-scale agriculture using solar power (called agrivoltaic systems) could reduce 330,000 tons of CO2 emissions in the US annually. It could also create more than 100,000 jobs in the rural communities while minimally impacting crop yield.

“Rural America, agriculture in particular, can be the solution to many of our concerns, whether it be renewable energy, mitigating climate change impacts, sustainable food or good water resource management,

“That connection is untapped mostly because there hasn’t been sufficient investment in those communities,

Additionally, Higgins stated that agrivoltaics align with the goals of the Green New deal. Basically, it’s a bunch of federal legislation seeking to address climate change and economic inequalities.

In the paper, Higgins outlined the next phase of his agrivoltaics research. It includes the installation of a fully functional solar plant that prioritize agricultural activities. Higgin’s going to do the research on five acres of Oregon State’s North Willamette Research and Extension Station.

Moreover, this next phase wants to demonstrate how Higgin’s findings is applicable in real world agricultural systems. With this in mind, current agricultural communities and potential future funders may adopt agrivoltaics earlier.

Also, Higgins and coauthor Kyle Proctor found that the USA needs agrivoltaics in the size of Maryland to meet 20% of the country’s electricity generation. That’s around 33,600 square kilometers, 1% of current US farmland.

The cost of agrivoltaic plants would be $1.12 trillion over a 35-year project life. Higgins’ team believe that the private sector would invest in the bulk of the construction costs with the federal government contributing with rebates and other incentives.

In addition, the researchers estimate that it would take around 17 years to payback the $1.12 trillion. And after the 35-year lifespan projection, the plants would produce $35.7 billion in revenue.

Like mentioned above, installation of agrivoltaics could create around 117,000 jobs lasting 20 years. Researchers said that 40% of those are sustainable positions for operating and maintaining the plants.

What happens after this

Higgins’ initial research focused on the impact that solar panels had on crops planted around them. Turns out, that research shows that crop yield is dependent on the type of crop.

What’s more, when we include the value of electricity generated by solar panels, there’s an economic net benefit from the agrivoltaic systems.

Given that fact, Higgins believes that wide-scale installation of agrivoltaic systems creates pathway for other technologies. Surplus energy from the solar panels could power electric tractors or generate fertilizer on a farm.

Then, those solar panel platforms could benefit from inexpensive sensors installation. The reason is to support artificial intelligence-based decisions to improve agricultural productivity.

“Once we have infrastructure, once we have energy, we are ready to tackle so many more big problems,” said Higgins. 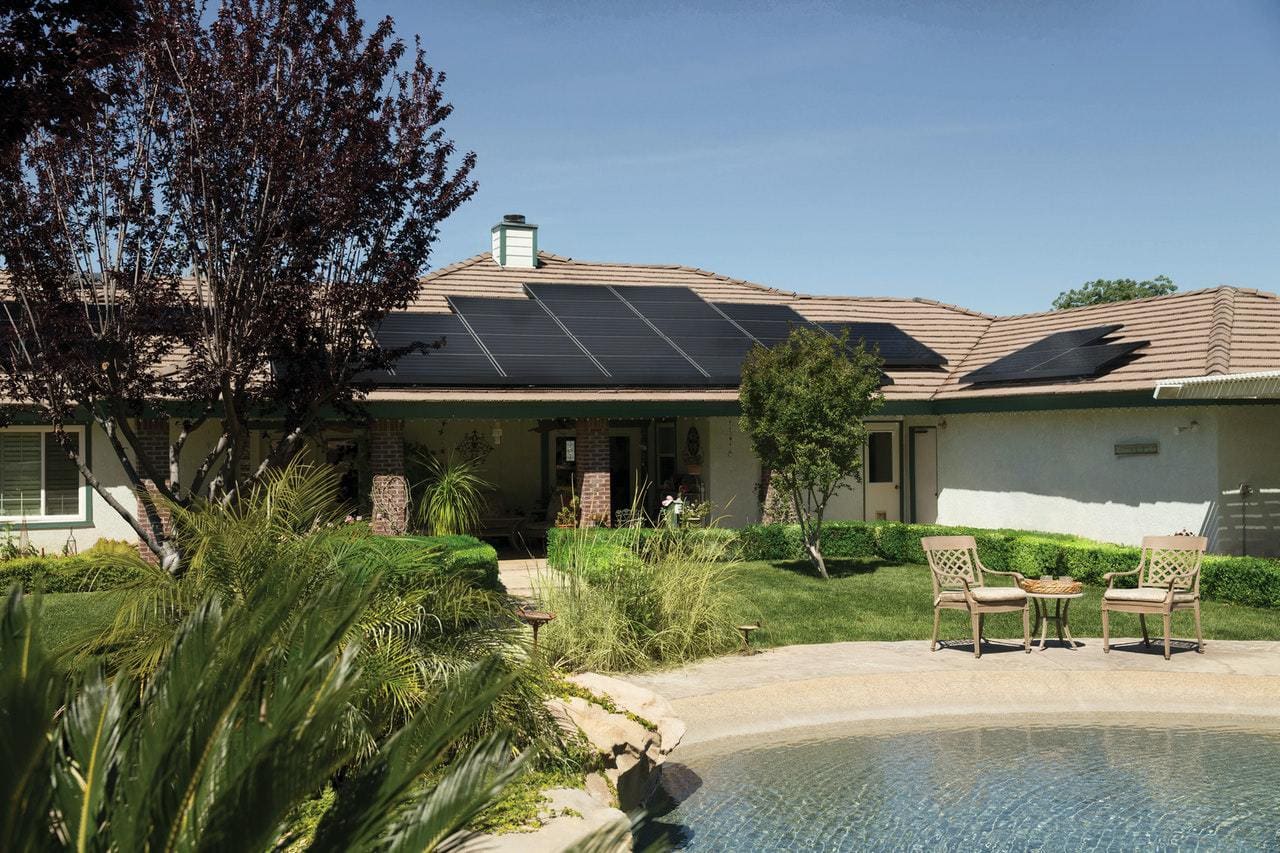 Speaking of solar panels, engineering done right never fails to impress. We’re all now trying to minimize carbon emissions, and one of the ways is switching to energy from renewable sources like water, wind, sun, and wave.

The scientific community has always held the highest hope in solar energy. And as the time goes, solar cells have become cheaper, more efficient, and environment friendly.

Although, solar cells that we have right now tend to be opaque. That’s not exactly a problem per se, but it prevents their wider use and integration into everyday materials. Solar cells tend to have its own dedicated space like up on roofs or somewhere else.

Professor Joondong Kim hopes that won’t be the case for much longer. In a recent study, Prof. Kim and his team reveal their latest invention: a fully transparent solar cell.

“The unique features of transparent photovoltaic cells could have various applications in human technology,” said Prof. Kim. Well then, in the future we may have integrated solar panels on windows, buildings, and perhaps mobile phone screens.

Now, the idea of transparent solar cells is nothing new. But the application, translating this idea into reality is something worth celebrating.

Therefore, Prof. Kim and his colleagues looked at two potential semiconductor materials. Previously, other researchers have identified their desirable properties.

The first is titanium dioxide (TiO2), which is a well-known semiconductor widely used to make solar cells. Aside of having excellent electrical properties, it’s also an environment-friendly and non-toxic material. TiO2 absorbs UV light while letting through most of the visible light range.

Secondly, the material investigated was nickel oxide (NiO). It’s another semiconductor with high optical transparency. Nickel is one of the most abundant elements on Earth. Its oxide is easily producable at low industrial temperatures, making it a great material for eco-friendly cells.

Prof. Kim and his team prepared the solar cell by combining materials. First, they compose a glass substrate and a metal oxide electrode and deposit thin layers of the two semiconductors on top. Then they coat it with silver nanowires acting as the other electrode in the cell.

After that, they ran several tests to evaluate the device’s absorbance and transmittance of light, as well as its effectiveness as a solar cell.

They found that their solar cells have a power conversion efficiency of 2.1%. Meaning, the cell’s performance was pretty good because it targets only a small part of the light spectrum.

Also, the cell was highly responsive and worked in low light conditions. The cell’s layers transmitted more than 57% of visible light, giving the cell’s transparent aspect.

In the final part of their experiment, Prof. Kim and his team demonstrated how this device can power a small motor.

“While this innovative solar cell is still very much in its infancy, our results strongly suggest that further improvement is possible for transparent photovoltaics by optimizing the cell’s optical and electrical properties,” said Prof. Kim.

Will we have them soon?

Thanks to Prof. Kim and his colleagues, we now know that it’s no longer impossible to have transparent solar cells.

Nonetheless, this study and experiment is definitely going to open doors into the future of clean, renewable energy.