You are here: Home / The Species / The Comeback Of This Century: Vancover Island Marmots

Many organisms on this planet, whether they are plants or animals, are under the threat of global warming. The impacts that global warming bring to the environment is too much to adapt to, resulting in life-threatening condition for those living things.

One impact to notice is habitat destruction. In example, alpine meadows in Vancouver Island is turning into forest because the trees are growing higher mountainside as the result of warming climate in the area.

Although it seems like no big deal, it is considered as a habitat destruction for some creatures living in the area. One of those creatures is Vancouver Island marmot. The marmots need treeless high-altitude meadows to keep themselves save from predators.

That’s why, in this article, we are going to talk about the marmots further. Spoiler alert, there is a surprise at the end of this article.

What’s so special about Vancouver Island marmots? Also recognized as ‘Canada’s Panda’, this animal is the mascot of Canada’s wildlife conservation. Thus, the country cannot lose the existence of this animal.

The marmots are endemic toVancouver Island, and the only place where we can find them is in captivity. The marmots are also one of five animals endemic to Canada, they cannot be found in any other country in this world. That’s why, the existence of this animal in the wild is so important for Canada. But changes in environment are threatening their existence in the wild, simply because more trees grow in their habitats.

But how can the growth of trees be bad for the environment? Well, not every animals are made to live in the forest. Not to mention that the trees growing in Vancouver Island were caused by extreme rise of temperature.

The growth of trees in Vancouver Island is caused by 10 degrees Celsius temperature rise. “As the globe warms up, it’s totally predictable, and is documented in some areas, that the treeline will move higher,” Ken Marr, botanist at Royal B.C. Museum explained.

While alpine meadows are home to smaller plants, like grasses. The growth of tall trees eats up the space, nutrition, and sunlight that the smaller plants need which may result in bad things. “Are species being lost? Without a baseline, without even knowing what is there now, you can’t draw any conclusions about what is there in the future,” said Marr.

Hide Before They Come 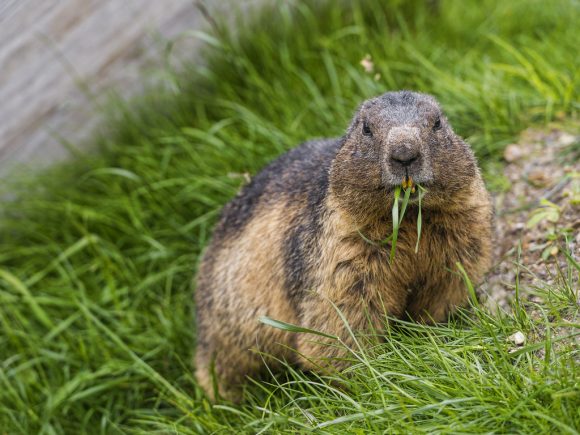 Above any speculations, there is one real threat the growing trees can bring: extinction of Vancouver Island marmot population. As explained above, the marmots need treeless high altitude to save themselves from predators. The marmots need wide line of sight to notice predators coming so that they can quickly hide themselves and escape.

Adam Taylor, executive director of the Marmot Recovery Foundation explained that higher plants are not favorable for marmots. “Where there are trees, marmots simply don’t survive. They get eaten pretty fast,” Taylor said.

As the trees grow taller because of global warming, their line of sight is limited. Some smart predators also use the tall trees to hide themselves from the sight of the marmots. Thus, with the changes in their environment, they are under threat of extinction because with this condition they are more prone to predators.

If you think that just because of some trees grow in the area can kill the whole population is too much, you are wrong. The main reason why they are under the threat of extinction is because the number of their population is already low.

Researchers recorded that there were only 200 marmots living in the area. Thus, we are not dealing with thousands of the species, but only 200 of it. If 10 marmots get eaten by predators every week, it means that there are only 20 weeks or about 5 months for us to save them. 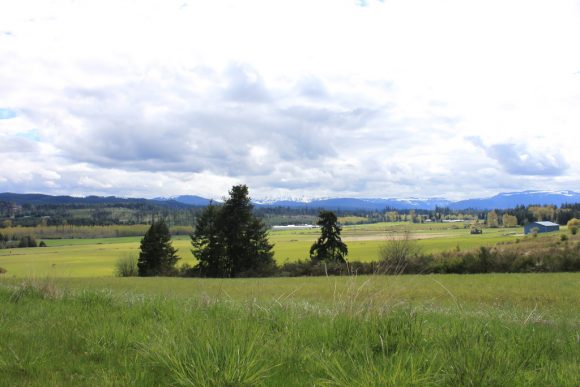 Knowing about the calculation, the researchers felt responsible to do something. Because their species, human, are the ones responsible for creating the disaster. The researchers did it by simply cutting down the trees in the meadows.

Not only that, the researchers also opened up a new ‘home’ for the marmots in Strathcona Park meadows. Similar tree growth actually also appeared in Strathcona Park, but in less drastic fashion, giving the marmot population more comfortable environment to regrow than in Vancouver Island.

Researchers actually gambled with their decision in rebuilding marmot population in Strathcona Park, because introducing new creature to new environment doesn’t always give positive result. “We have to cross our fingers and hope it plays out the way we think it will,” Taylor said.

More Vancouver Island marmots are also being bred in captivation before being released back to the nature. This way, the researchers hope that they can protect the marmot’s population from predators in the wild.

“Recovery team members provide direction on how many animals are taken from the wild into the captively bred population to help boost wild marmot numbers in future years. These decisions are emotionally tough, but critical to the recovery of this extremely rare mammal,” said Erica McClaren, a BC Parks biologist. 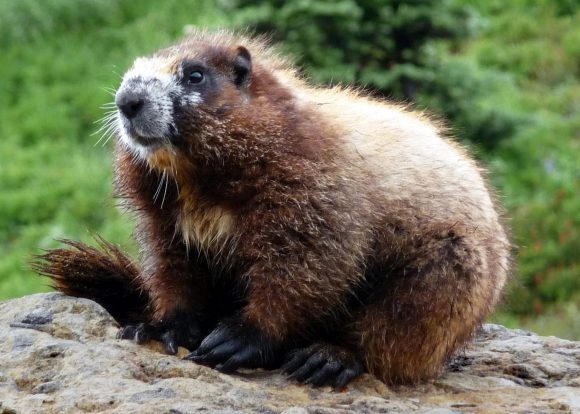 We said before that we are going to tell you a surprise story in the end of this article. Well, it seems like it is time to tell the story. The good news is, newly observation shows that this mission works out well.

“Not only has she given birth to six pups, she’s also managed to ween them. For her to accomplish that means she’s in really good health, and that’s really important for us,” Taylor explained after doing routine check recently.

There are about 50 other marmots living in the area, and the number is predicted to keep on increasing year after year. The marmots keep on giving birth to new pups every year while maintaining the current population steady.

However, Taylor said that it is not the final result that the researchers want. “The species is still in danger, but we are being successful in recovering them. Molly’s pups really are a symbol for us of what we’ve been seeing in Strathcona Park over the last couple years. The population is growing, but it’s taking time,” he said.

These Are 5 Countries With Biggest Forest Cover On Earth