You are here: Home / Hello Earth / Ever Wanted to Go to Conservatories? Here are the World’s 10 Best Ones

Plants are often underrated because most people would prefer to see different species of living breathing animals instead of the seemingly lifeless one. Moreover, they might not know that some plant species don’t exist anymore. But if you’re one of those different people and you love learning about plants, then you should definitely go to these conservatories.

1. Gardens by the Bay, Singapore 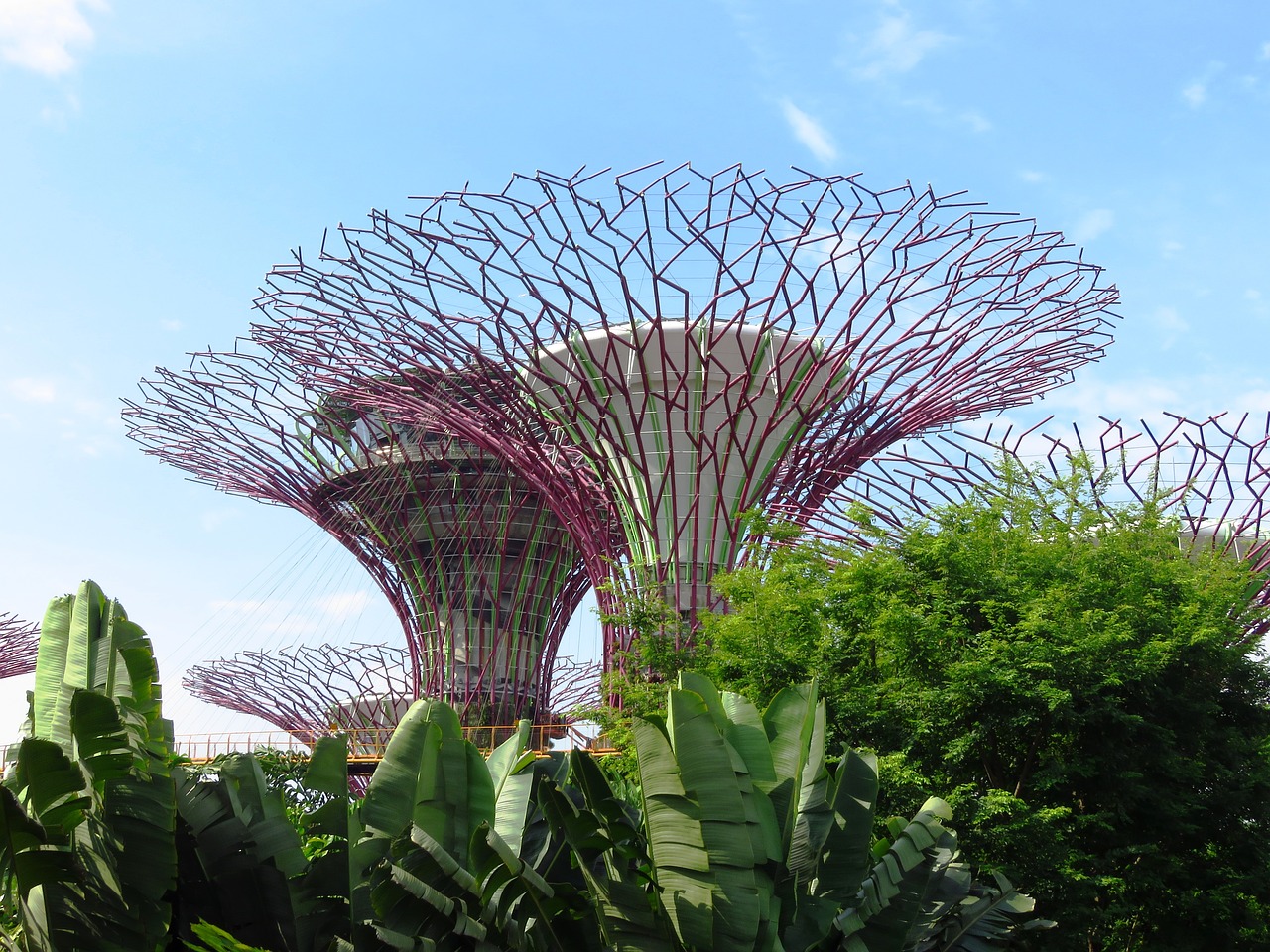 Probably you’ve seen a lot of this garden’s picture in social media platforms. And this place is famous because it deserves to be. If you go to conservatories out of tropical countries or places, you’ll find that the plants get warmed up. In Gardens by the Bay, it’s the other way around. Think Singapore is too hot for you? Retreat to this place and cool down while observing the vegetation.

Inside this conservatory, there are seven gardens with flowers that you usually find in other places outside Southeast Asia. And the weather inside this garden is adjusted in ways so that the plants will thrive just like in their original habitat. Should you ever be bored with the greenery, you can go to the world’s tallest indoor waterfall. 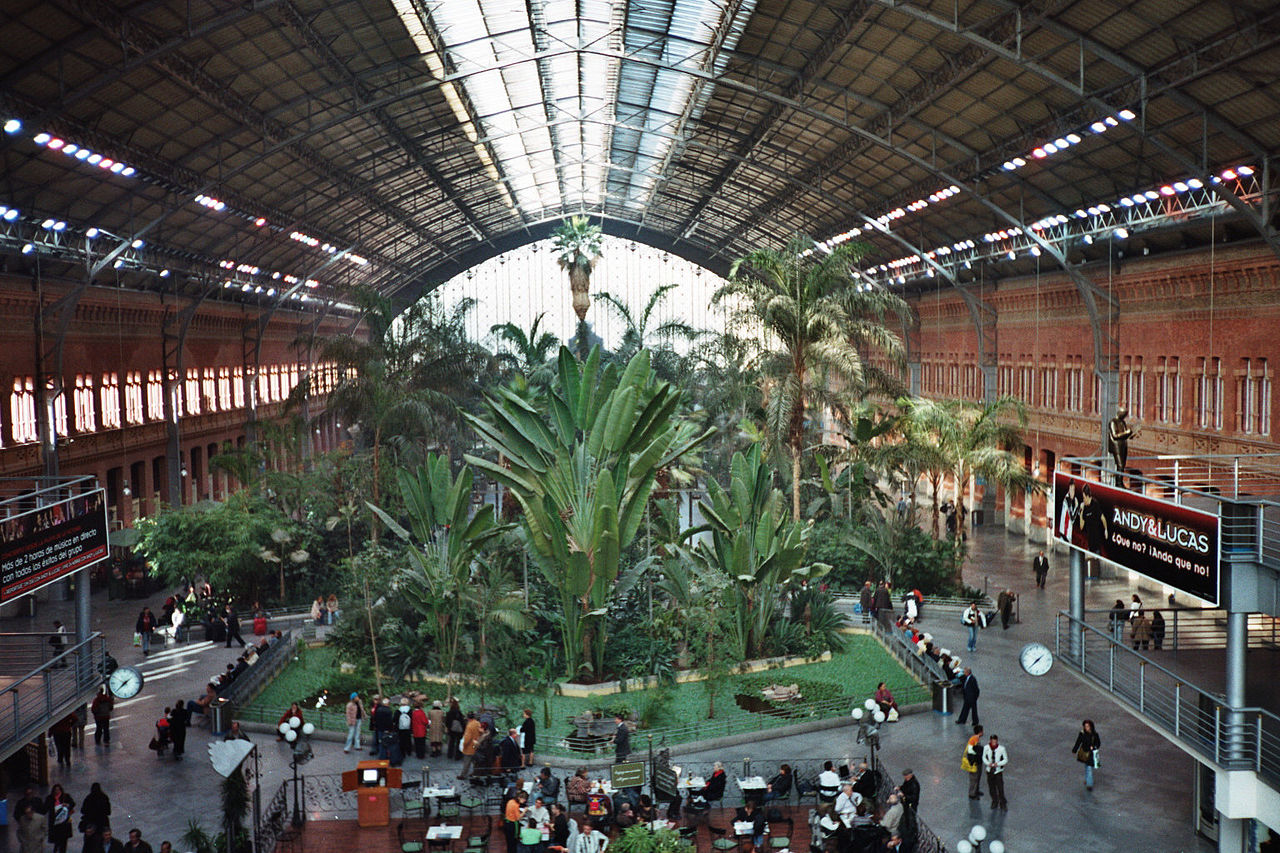 Madrid has a large railway station and within its area, you’ll find an amazing tropical garden that houses more than 7,000 plants. You want to find something more “alive”? No problem, you can find fish and turtles as well here.

What’s cool about Atocha Station is that an indoor sprinkler functions to feed the garden, and when it’s operating, the area looks like a misty station. Perfect time to take out your phone and snap some pictures.

Actually, Bicentennial Conservatory is just a one of Adelaide Botanical Garden’s three greenhouses. There are Palm House, which looks like a much smaller version of London’s lamented Crystal Palace, and Amazon Waterlily Pavilion that you can go to besides Bicentennial.

This conservatory has got plants that are too dangerous to be left alone in their natural habitats probably because of animals that consume them too much. In 2012, the garden’s administrators decided to turn off the climate controls to make it more eco-friendly. This results in free admission tickets, so now anyone can visit this garden without spending any money.

Read also: Walk This Way: 10 Best Cities That You Can Comfortably Explore on Foot

Most of us have only known Japan for its culture and technology, but rarely about its rich biodiversity. Ogasawara Islands has a nickname “The Galapagos of the Orient” and had been nominated for natural World Heritage Site in 2011. You can find endemic flora of this islands and other species of plant in this greenhouse dome. Get more info here. (http://www.yumenoshima.jp/english.html)

Looking at the name might give you an idea of what kind of conservatory this place will be. You might be surprised, though, since this conservatory is modern and edgy with its half-spherical structure. You may be reminded of golf balls or honeycomb (only round).

Inside Eden Project, you’ll find sculptures like a bee (hence the honeycomb) and a giant statue of a woman called “Eve” (it’s Eden, after all). You can also find agricultural plants that are more common in tropical countries as well as vegetation endemic to Mediterranean area, Australia, and many more.

Bonus point for this conservatory: where do you think this garden gets water from? Rainfall. Eden Project is designed to collect it and let it irrigate the plants.

There are perks to having biology school in a university, because it’s very likely that it’s going to need a lab, and probably a beautiful one. That’s the case in University of Belgrade where this conservatory is located in.

Because of its victorian style design (that looks like Crystal Palace, again, probably all victorian style greenhouses share similar design) as well as gorgeous tropical plants, this conservatory is often used for wedding venues. The place is certainly photogenic for such occasion, it’ll be a major crime to let this beauty go unnoticed.

Read also: Love Visiting National Parks? Here are 12 of the World’s Best Ones

Another conservatory that you can also use for wedding receptions? Yes please! In fact, the concept of this venue is greenhouse meets restaurant, so you won’t have to worry about hiring caterer and your guests can just go right to the eating part after your matrimony.

Exotic plants like cardamom and dragon fruit can be your one of a kind wedding background. What’s more is that it has vintage design, so if you’re hipsters or into indie/vintage stuff, you’ve got something to consider. If you’re not here for weddings, then you can enjoy your time in the restaurant and take a look around the beautiful conservatory.

If you look at the building, you’ll notice that this conservatory is old. It looks a bit like Versailles, even. And apparently some high-ranking people of Holy Roman Empire used to go here for vacation, so this building has been through a lot from the past. But the attention stealer of this palace would be the Palmenhaus or palm house.

This conservatory is the home to thousands of plant species, so you won’t only see palm trees as the name might suggest. In fact, the oldest tree living there wasn’t a palm tree, but rather a 350 year-old olive tree. Simply put, Palmenhaus is one of the many classical and large botanic gardens that you can find around the world right now.

If you’ve ever wanted to go to New York City, one of the best things that you can do is visit the nature-related attraction. Central Park is great, but if you want something quieter, then you might want to give the botanical garden a try. The conservatory’s style is somewhat similar to victorian style, but the dome differentiates it from the aforementioned ones here.

Read also: Escape to These 12 Secret Gardens in Major Cities Around the World

You don’t need to go to Louvre to see modern glass pyramids, and compared to the one in France, there are more than one large pyramids here, which serve some purposes. One pyramid has plants from temperate regions of the world, another one is for plants that only grow in deserts, the other is for tropical plant species, and the last one is for seasonal exhibitions.

And if you’ve got special events like wedding, yes, this place can accommodate that. So if you’re dreaming of getting married or having a photoshoot in front of a glass pyramid(s), you can forget about France and its priceless art collection. Instead, you can enrich your knowledge about living plant species and get stunning pics in Muttart Conservatory.

Which one that you want to visit in your next holiday? Ever had memorable experience during your visit to any other conservatories? Tell us in the comments below. Make sure to click this article for related reading!