You are here: Home / The Species / These 5 Parasites Will Turn Animals Into Zombies Before Killing Them

You might have read one of our articles about parasites that can cause diseases, even death, on human. In this article, we will talk about parasites on animals, but don’t take it lightly, these parasites can turn them into zombies!

Yes, the very zombies like in the zombie apocalypse movies that you might have watched in the cinema. They cannot control what they do and rather be controlled by the parasites, sometimes even do stupid things that may bring them to death.

So, if you think zombie apocalypse is just a science fiction story, think again. Some animals are turning into zombies as you read this, and maybe human will be the next. Here is the list of 5 parasites that turn their host animals into zombies!

Spinochordodes tellinii or hairworm is a kind of parasitic worm that usually can be found in fresh water. This parasite can infect various animals like crabs, grasshoppers, and crickets. When infecting an animal, the hairworm will feed on the host’s internal body organs.

Not only that, after the worm reaches maturity inside the host’s body, the worm will emit two proteins that control the host’s nerve systems. Under the worm’s control, the host will try to seek for fresh water body and jump into it.

After that, the worm will abandon the host and seek for mate to reproduce, continuing its life cycle. Lucky for the aquatic animals, they can breathe underwater and continue their lives although with severely harmed internal organs. But for the host which are not aquatic animal, they will drown to death. 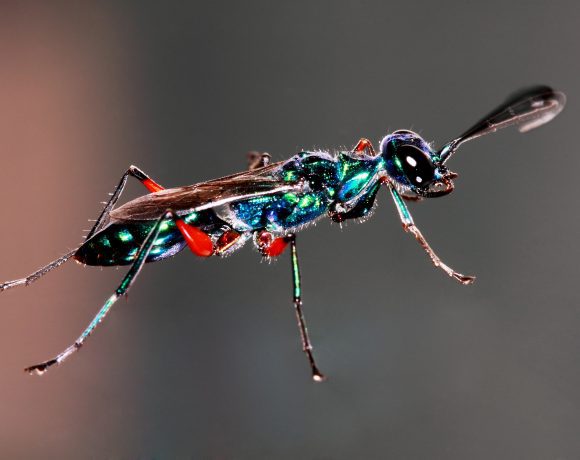 Similar to the worm that feeds on the internal organs of the host, the larvae of this wasp also feed on the body of its host. Emerald Cockroach Wasp is a parasite for many kinds of bugs, but their favorite insect is cockroach, thus the name.

The parasitic work starts when adult female wasp is carrying an egg. Instead of hatching an egg in a nest, female emerald cockroach wasps hunt for insects, especially cockroaches, and sting it. Not only once, but this wasp will sting the victim twice.

The first sting will shock the victim and making it unable to move temporarily. And the second sting is to inject venom that contain a kind of neurotoxin to make the victim’s body become half-paralyzed. The venom will prevent the insect to make any complex movement for escaping the horror.

Having control of the victim’s movements, emerald cockroach wasp will lead the insect to her nest and lay an egg on the insect’s abdomen. When hatching, the larva will feed on the insect and form a cocoon inside the dead body. The cocoon will stay there until the time comes for a new adult wasp to repeat the process. 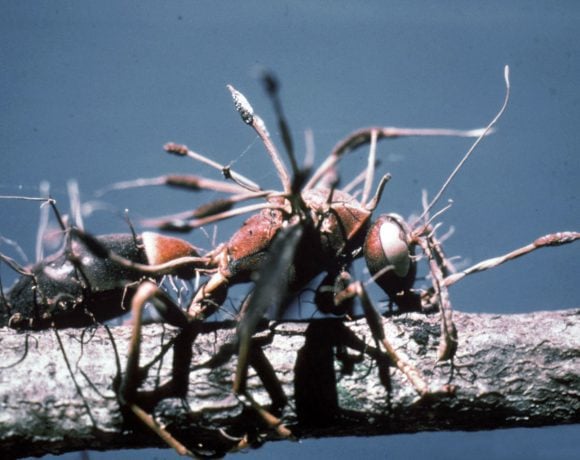 This one kind of fungus is widely recognized as zombie ant parasite because it makes the ants, especially carpenter ants, that they infect will turn into zombies. Infected ants show particular behavior that instead of giving benefits to the colony, it will give benefit to the fungus.

In example, the infected ants will likely leave their safe canopy nest and prefer to roam on humid forest floor. This kind of behavior is actually recognized by some other ants, and those who show such behavior will be exiled from the colony to prevent an outbreak.

Indeed, for carpenter ants this parasite is dangerous because in many cases an infection outbreak will erase the entire colony after turning them into zombies. It is because not only controlling the brain, the fungus is actually growing inside the ant’s brain.

Once the position is secured, the fungus will break through the host’s head and sticks to the leaf, while releasing spores for reproduction. If the spore is caught by another ant, the infection cycle will repeat. That’s why, if one ant in the colony is infected, it will bring grave danger to the others. 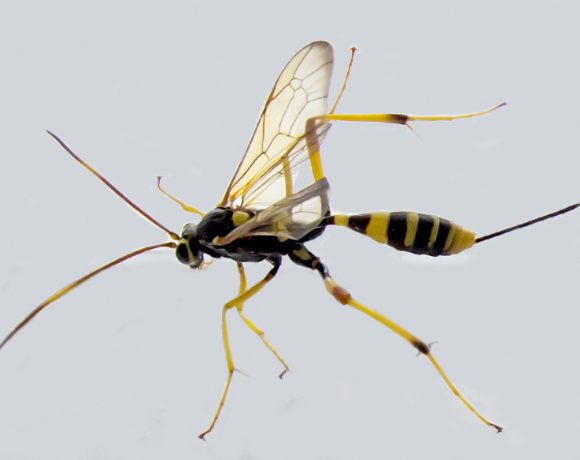 The Ichneumon Wasp is a dangerous parasite for spiders, because once a spider is infected, death is the only option. Like emerald cockroach wasp, this kind of wasp is infecting spider for the host body of its egg.

Similar to emerald cockroach wasp, before injecting the egg to the spider’s body this wasp stings the spider, making it unconscious. However, most spiders infected with the parasite don’t show any particular behavior, even the spider itself will not realize it, at least not until the egg hatches.

The spider then will forcibly weave its web in a different way for the larva to develop its cocoon. Once the web is complete, the spider will settle in the middle of it and let the larva kills it by sucking its juices. The larva will then form a cocoon in the middle of the web and emerge as adult wasp after about a week. 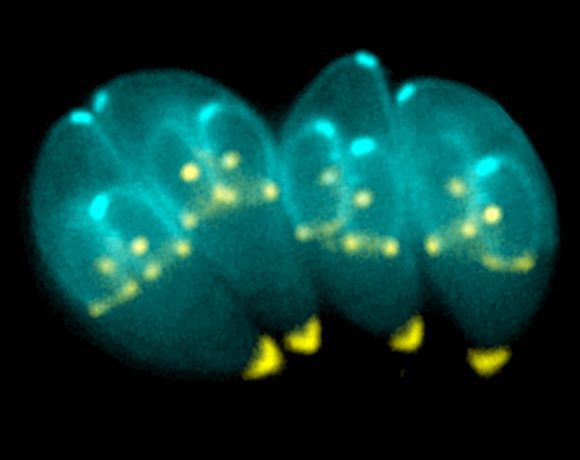 This protozoon usually infects rats and forcing them to be zombies that do unusual behavior. The behaviors of infected rats are very unusual because they will lose the fear of predators, like cats and eagles. This is intentional, because gondii’s main target is not the rodent, but the predators.

By losing the fear of predators, the rats will likely get eaten. And after the infected rats get eaten by cats, the Toxoplasma gondii will transfer the infection to the cat. The infection on the cat is called toxoplasmosis, and this is a pretty common disease in cats.

The infection doesn’t stop there, it may also infect human eventually. The protozoon can infect the body tissues like muscle, hear, and even brain. People with toxoplasmosis would appear to experience mental diseases like depression, bipolar disorder, schizophrenia, and others.

If you are a cat owner, you’d better always check the health of your cats regularly. Because this infection is dangerous to female cat owners, especially those who are carrying a baby.