You are here: Home / The Species / 5 Tricky Plants And How They Deceit The Insects For Pollination

Nature will never stop to amaze us, not only human but the art of seducing is also imprinted in the genes of other living organisms. Some birds may seduce the opposite sex by showing its ritual dance, and some male bugs may seduce the females by blinking.

Sometimes the way the plants seduce is a little bit tricky, like using specific fragrance, being an imposter to the insects, even making use of similar pheromones like the insects. Here we give you an information about 5 plants that use tricky plans to deceit the insects. 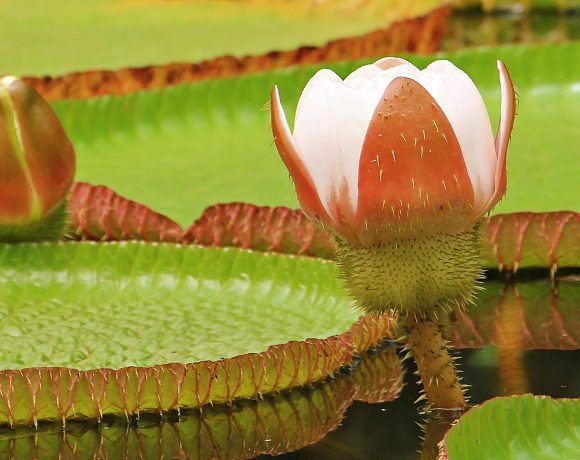 The Amazonian giant water lily (Victoria amazonica) is the first of five plants in this list. The water plant is a kind of beetle ‘kidnapper’, and the ransom for freedom is pollination. The kidnapping process is required for the plants to be able to reproduce.

Being well known for its large buoyant lily pads, as a water plant, the giant amazon water lily can only stay floating in place. Thus, it need helps from other species for the pollination process. In addition, not only being trapped in place, this plant is also trapped in time.

Giant amazon water lily flower is female during the night and changes sexuality into male during the day. Thus, it cannot use conventional pollination method that relies on beetles which are just stopping by and simply pollinating.

So, instead of letting go the beetles after being covered in pollen, the flower chooses to entrap them inside the flower. The first process begins at night when the flower is a female, it releases aromatic fragrance that lure the beetles in. And after an attracted beetle is in the flower, the petals close. 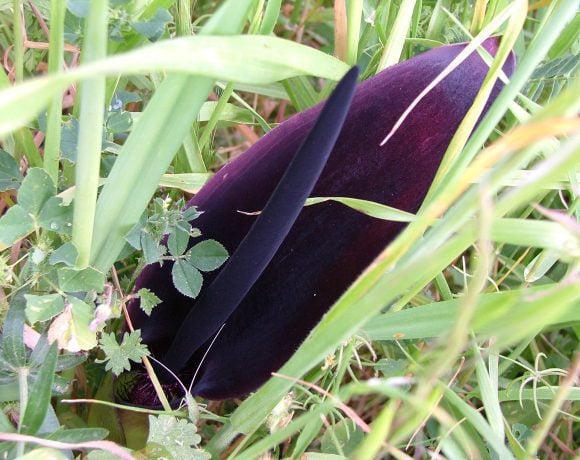 Like the giant amazon lily, this flower is also an insect kidnapper that prefer vinegar flies as its ‘victims’. But instead of luring the flies with aromatic fragrance, Solomon’s lily uses the smell of rotting fruits produced by yeast in alcoholic fermentation. This is because that smell it the flies’ favorite smell.

Vinegar flies rely on its smelling ability to detect food sources, and the odor that Solomon’s lily emits is similar to yeast, the flies’ most common food source. Thinking there must be food inside the flower, the flies innocently fly inside the tube-shaped flower.

The trick doesn’t stop here, after the plant successfully collects some amount of innocent vinegar flies in its tube-shaped flower, the way out is closing. The flies will move around desperately to find a way out, and that’s how the pollination process happens.

The only way out may remain closes until a day long to make sure that the pollination process is successful. And after the vinegar flies spend a long day inside the flower, the flower releases them back into the wild. 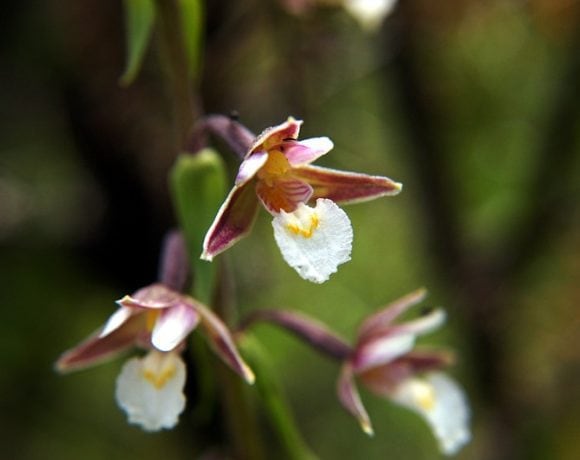 A pretty long and difficult for an orchid, yet a beautiful one. This one is also a tricky plant that lures the insects with a unique way. Eastern marsh helleborine imitates the fear of a prey to attract the predators coming in for helping the plant to pollinate.

Eastern marsh helleborine is able to mimic the alarm pheromones of aphids, and aphids are the favorite food of hoverflies and its larvae. By mimicking the pheromone, the orchid attracts female hoverflies to come in, thinking that there is a group of vulnerable aphids inside the flower.

While the fact is, the alarm pheromones keep the real aphids away from the flower, thinking there is a danger nearby. So, in addition to the reproduction process, the false pheromone is also a self-defense mechanism. 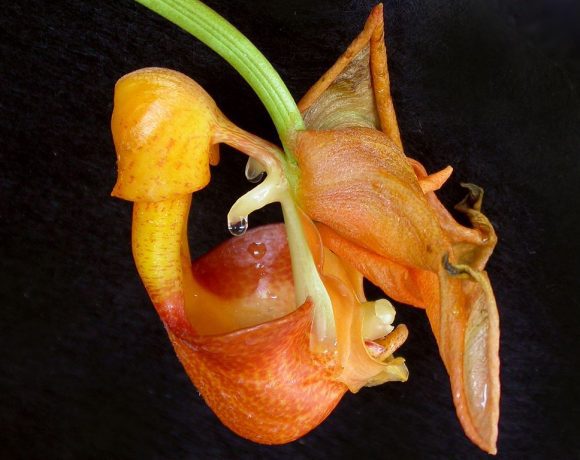 Unlike the former three flowers above, this plant makes use of the insects in smoother way that can benefit both sides. Bucket orchid or Coryanthes is a kind of orchid that gets its name from the bucket-shaped lips of the flowers and it has a particularly good relationship with bees.

The flower releases a fragrance that attract male bees to come over. The fragrance it releases is needed by the male bees to attract the female ones, thus when the bees find the source of the aromas they will come to the source.

So, instead of just passing by, the bees need to spend some time to crawl out of the bucket and dry their wings. And in this process, there is a big chance that the bees collect pollen from the flower. Maybe even touch the flower’s stigma, the reproductive part of the plants where pollens are collected

The bees usually not only stop on one flower, but to collect sufficient amount of fragrance they need to attract the female bees they may visit several number of flowers simultaneously. And in this process, both of them get the benefits. The male bees can attract the female ones with the fragrance and the flowers are pollinated. 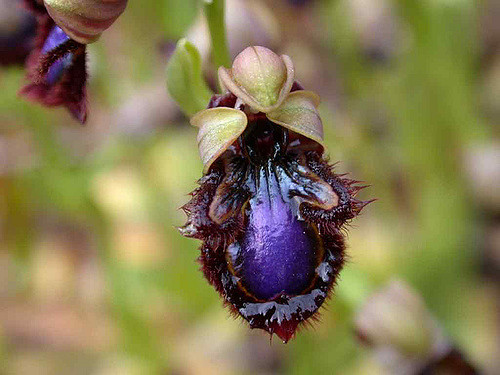 Using fragrance and aromas to attract insects is common in any flower, but this is the next level of seducing, by becoming the insect itself. Mirror orchid’s flowers is visually similar to the shape of female wasp, making them attractive to the male ones.

Moreover, it is not enough to just imitate the shape, it also emits a scent that resembles the pheromone of a female wasp. When male wasps pass by the plant, it will get attracted to the flowers and try to copulate with it. That’s when the pollination process happens for the flower.

But for the male wasps, they have to regret their decisions, because instead of beautiful female wasp, it is just a flower petal.