You are here: Home / Eureka Green / Tiny Things aka Bacteria and Microbes That can be Climate Heroes

There are bad and good kind of bacteria that exists around us like the one we’re gonna talk about shortly.

And before we move on, no, it’s not the good bacteria that lives in our stomach.

Well the news is, certain bacteria can metabolize CO2 in the form of formate.

What kind of bacteria?

What’s the bacteria called, I hear you asking? They’re called acetogens—a group of bacteria with the ability to metabolize formate. Well, the actual name is Acetobacterium woodii or A. woodii.

These tiny stuff form acetic acid, an important basic chemical. When we manipulate them to produce ethanol or lactic acid, they produce a comprehensive circular economy for the greenhouse gas CO2.

To ascertain that this process isn’t going to damage the environment further, the CO2 is extracted directly from the air and converted to formate using renewable energy.

How did we find this out? A team of scientists led by Stefan Pflügl investigated how A. woodii metabolizes various substrates including formate. Then, they used a metabolic model to study how A. woodii could be genetically modified to produce substances other than acetic acid.

Now, if one wants to know if acetogens could be viable for the production of raw CO2, they need to understand their metabolism and physiology.

A. woodi is a model organism, which means that it’s been studied well. Therefore, the research team wanted to make a comparative observation. That’s why Pflügl and his team investigated how substrates such as formate, hydrogen, carbon monoxide, carbon dioxide or fructose affect the metabolism of A. woodii.

Pflügl said, “The biggest difference, caused by the different substrates, is the amount of energy that A. woodii gains.

“Acetogens are true survival artists that can also metabolize substrates such as CO, CO2 or formate. This is due to the fact that acetogens use what is probably the oldest metabolic pathway for CO2 fixation. Thus, they also manage to produce enough energy to survive under extreme conditions and from alternative food sources.”

This means that the bacteria are not only capable to utilize CO2, but they can do it efficiently. It needs only a little energy to expand or convert CO2 into formate, which is then converted into the basic chemical acetic acid.

Pflügl stated that the economy of the future has to be carbon neutral. The problem we currently have right now is that, since CO2 is an important component of many products like fuel and plastics, carbon should be recycled and returned to the cycle.

One of the possible solutions for that (and the one that we’ve done so far) is to capture CO2 from the air and convert it into formate—using renewable energy. This compound of carbon, oxygen and hydrogen can ultimately be a basic building block of the bioeconomy.

Formate is something beneficial because it’s easy to transport and can be used flexibly for the production of chemicals and fuels.

And as we know so far, acetogenic bacteria can feed on carbon compounds and produce acetic acid from them, producing the substances.

The researchers wanted to explore and exploit the full potential of these bacteria. So, they experimented on them, trying to find out if they can be genetically modified to produce ethanol or lactic acid instead of acetic acid.

Ethanol is a substance that’s the basis for fuel. On the other hand, we can use lactic acid to produce biodegradable plastics.

This means that oil- based substances could consequently be replaced by more sustainable alternatives.

Pflügl said, “Not only would this be in the sense of the bioeconomy, but CO2 and carbon monoxide, which are produced during the combustion of fuel or plastic, could also be recycled to the original product.”

Looking forward, the researchers want to develop strategies on how A. woodii can be genetically manipulated and used for the production of other substances. You can find the study in the journal Metabolic Engineering.

On a related note, these other tiny things are not going to produce CO2 as well. Rather, they give us another beneficial ability: degrading plastics. It may sound common, but the interesting part is that they’re found in plastic-heavy places.

It’s undeniable that global plastic pollution is a problem that’s gonna be so hard to solve. To give you a bit of a perspective, mass-production of plastic has exploded in the last 70 years; from around 2 million tonnes per year to around 380 million.

We can say that this is quite the bright side, because all those decades have given sufficient evolutionary time for various microbes. With plenty of time in that environment, they’ve learned to respond to these compounds.

Moreover, there are many studies in the past which discovered many enzymes’ ability to degrade different plastics.

Though recently, researchers have analyzed samples of environmental DNA from hundreds of locations around the world. They used computer modelling to search for microbial enzymes with plastic-degrading potential.

Then, they cross-referenced with the official numbers for plastic waste pollution across countries and oceans.

Associate Professor in Systems Biology at Chalmers University of Technology Aleksej Zelezniak said, “Using our models, we found multiple lines of evidence supporting the fact that the global microbiome’s plastic-degrading potential correlates strongly with measurements of environmental plastic pollution—a significant demonstration of how the environment is responding to the pressures we are placing on it.” 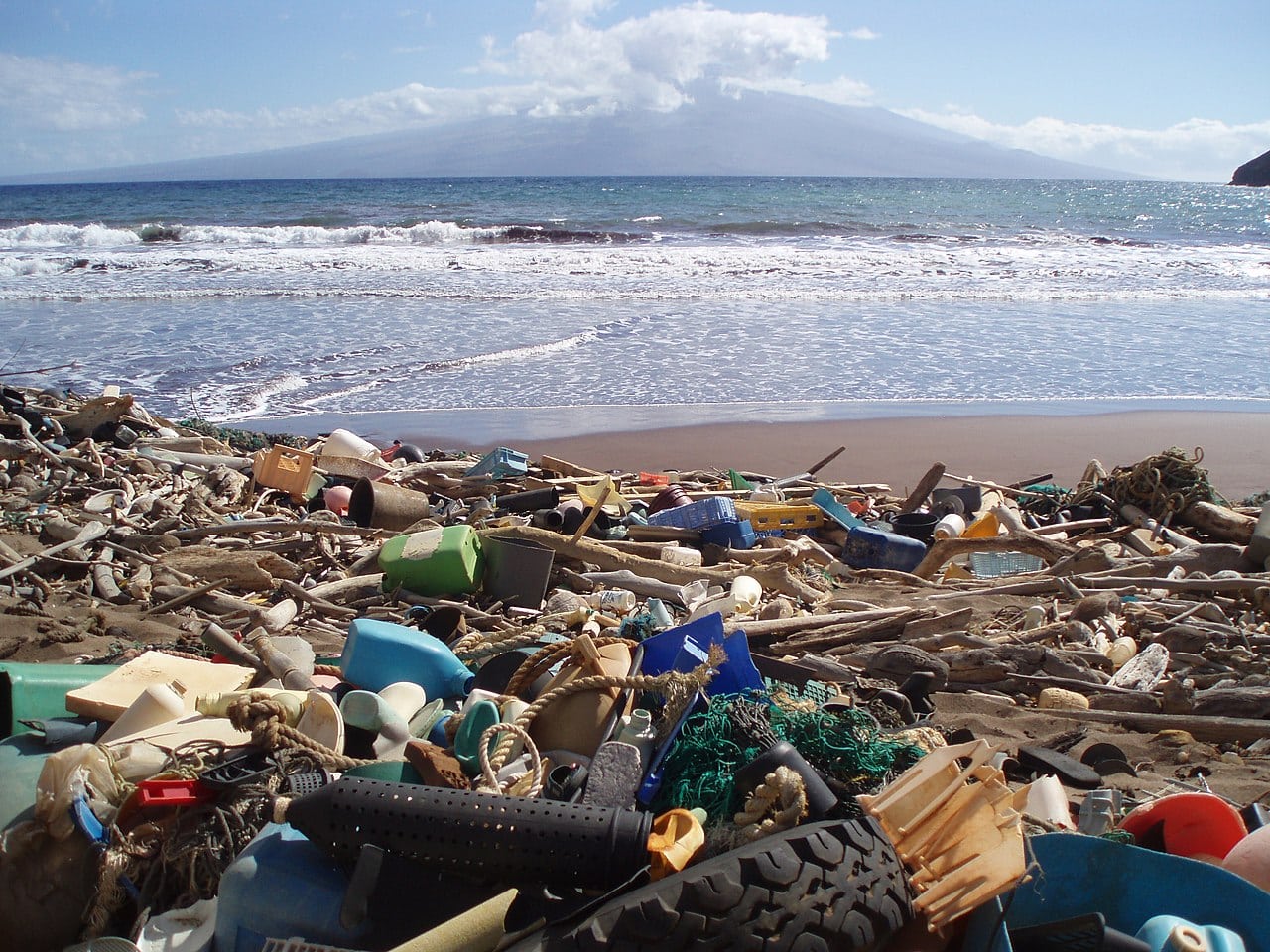 In simple words, Zelezniak meant to say that there’s been an increase in the quantity and diversity of plastic-degrading enzymes. A direct response to local levels of plastic pollution.

Some of the locations that contained the highest amounts were notoriously highly polluted areas, for example samples from the Mediterranean Sea and South Pacific Ocean.

Around those areas, the scientists found 30,000 enzyme ‘homologues’ with the potential to degrade 10 different types of commonly used plastic.

First author Jan Zrimec said, “Currently, very little is known about these plastic-degrading enzymes, and we did not expect to find such a large number of them across so many different microbes and environmental habitats. This is a surprising discovery that really illustrates the scale of the issue.”

Can we cultivate the microbes to tackle global plastic crisis?

Plastics that pile up or end up scattered in our waters are a heart-wrenching sight. But the fact is that each year, there are tons of them that escapes into the world’s oceans.

Since plastic degrades excruciatingly slow, we’re faced with growth and accumulation of plastic waste in the oceans and on land. Despite cleaning and recycling initiatives, the problem persists.

Therefore, the researchers are optimistic that their results could potentially be used to discover and adapt enzymes for novel recycling processes.

Zelezniak said, “The next step would be to test the most promising enzyme candidates in the lab to closely investigate their properties and the rate of plastic degradation they can achieve. From there you could engineer microbial communities with targeted degrading functions for specific polymer types.”

Does this mean that it’s okay for us to use plastics more? While this is certainly good news, I don’t think we should stop reducing plastic consumption. What do you think, though?