You are here: Home / Eureka Green / We Are Going to Ask for Bacteria Help to Clean Plastic in Ocean

When was the last time you consumed plastic? Day by day, the amount of plastic waste we produce keeps piling up and it doesn’t seem to go soon. The problem with plastic waste is that it doesn’t biodegrade in days.

Instead, it can only decompose naturally if left in supporting environment, and the amount of time it takes is incredible. Simplest form of plastic requires around 20 to 500 years to decompose, imagine the more complex form of it.

That is the very reason why we are under plastic crisis nowadays. Of course, we don’t want to give up on that, and that’s the reason why researchers are racing to find the best way to speed up the decomposition process.

A lot of methods discovered, which is great, and maybe we are now on the verge of war with plastic nowadays. This one is just another discovery that can be used to fight our war with plastic. Here, we are talking about fighting plastic with bacteria.

Will it ever going to work? Follow through to find out more about this breakthrough. 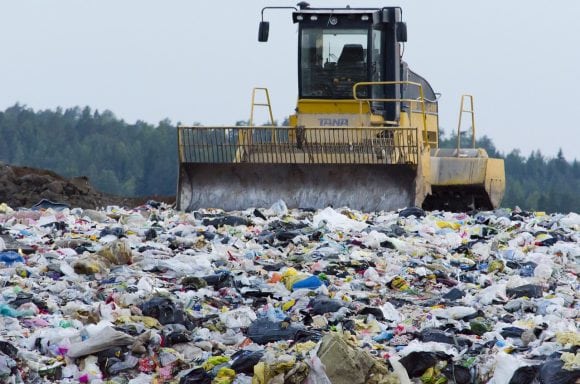 For long you have been taught that plastic is not biodegradable and it will end up contaminating our planet. However, that’s not actually right because plastic ‘only’ takes a long time to biodegrade. Like we said above, it takes around 20 to 500 years for plastic to biodegrade, but it still means plastic is biodegradable.

However, the problem is not whether or not plastic will biodegrade in the nature, but there is something hidden under the rug there. There are two kinds of biodegradation, which are aerobic and anaerobic biodegradation.

Aerobic biodegradation requires the help of oxygen in air to perform because the bacteria that do the process require oxygen to live. This kind of biodegradation happens faster, and as we can see it keeps our planet clean from organic matters such as dry leaves and tree trunks.

In the landfill, plastic that requires more time to biodegrade tend to get buried under other kinds of trashes. See what happens here? While the time required for plastic to biodegrade is already long, the time is extended indefinitely by burying it. 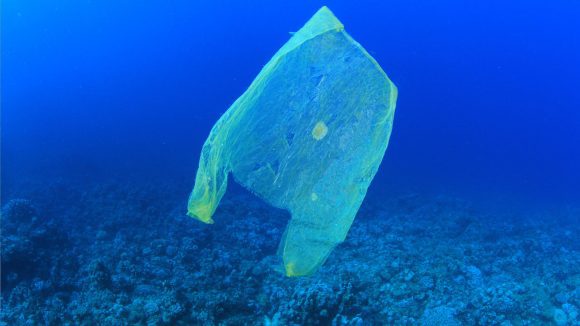 So, now you know that plastic in landfill tend to get buried and resulting in its biodegradation time to be multiplied infinitely. But what actually happens when the plastic waste is floating in the ocean? The answer is, plastic doesn’t biodegrade in the ocean but they break down into smaller pieces called microplastic.

A lot of plastic goes into the ocean because our land water brings it there every single day. This phenomenon is so severe that even we already have plastic island in the Pacific Ocean. And every single piece of plastic exists there doesn’t biodegrade because they only break down.

The result for that process is the addition of microplastic to the whole natural process that includes ocean water. it includes the natural water cycle and the way our ocean acts as home for unlimited number of marine organisms.

Both of those things will eventually lead to disruption in our environment, microplastic contamination, and pollution. Of course, we want to fight that, and indeed we are currently fighting that because we know the bad things that may happen if we just let those microplastics conquer our ocean.

“It is imperative to develop effective solutions that trap, collect, and even recycle these microplastics to stop the ‘plastification’ of our natural environments,” said Sylvia Yang Liu, microbiology researcher at Hong Kong Polytechnic University. 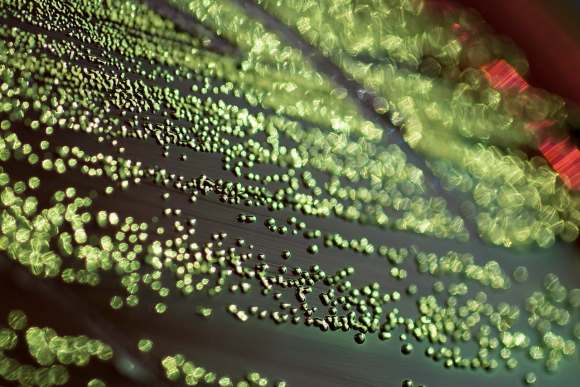 The race is on, and many of us still don’t know what we use as vehicle. There are a lot of options actually available starting from worm, environmentally-safe chemicals, and bacteria. While there are still a lot of further researches to be conducted to mass-produce our ‘vehicles’, bacteria showed incredible potentials.

Liu and the team led by Professor Song Lin Chua and James Kar-Hei Fang are researchers who work on the potentials of bacteria to solve our microplastic problem. They are working on bacterial biofilm from bacteria called Pseudomonas aeruginosa.

“This is a really innovative and exciting application of biofilm engineering to address the plastic pollution crisis,” as Dr Joanna Sadler, researcher at University of Edinburgh stated. That’s a well-deserved praise, knowing how the biofilm works.

The biofilm acts as microplastic net that will capture the small plastic pieces and collect them. Then, when the weight of the collection is too heavy, it will drown into the bottom of the ocean. The trapped plastic will then be harvested by researchers for recycling.

This scenario can be done thanks to capture-release mechanism with the biofilm’s dispersal gene. “Liu and co-workers have demonstrated an elegant solution to this problem, which holds great potential to be further developed into a real-world wastewater treatment technology,” Dr. Sadler stated. 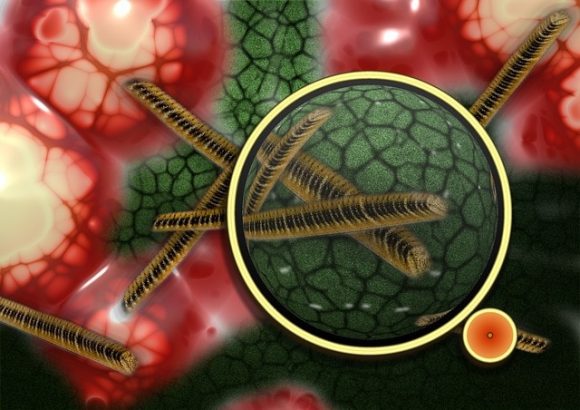 This research is still in its preliminary stage, meaning that it has been carried out in controlled environment and is yet being conducted in the ocean. However, with the potentials that it has to clean up our ocean, it welcomed a lot of praises.

“In terms of the capture of microplastics, it’s an interesting development. Whether it’s scalable is going to be interesting to see,” said Dr Nicholas Tucker, senior lecturer in molecular microbiology at the University of Strathclyde.

When this research is published into public after its final stage, it would mean that we can tackle our plastic problem using something that is already exist in our nature. That would become a great boost to our war against plastic.